Environmental activism uses a broad definition of environmentalism that foregrounds those with privilege. By narrowing down this definition and making it more inclusive, the 21st century environmental movement can finally globalize. 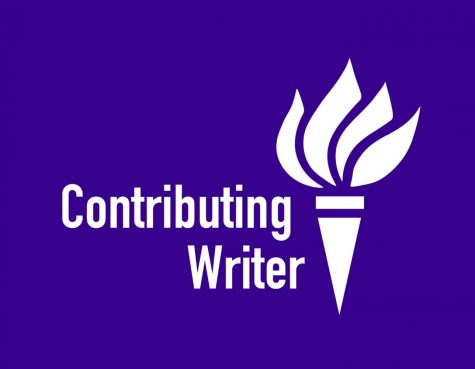 Environmental activism is not unique to the 21st century. For hundreds of years, countless individuals have fought for a cleaner and healthier Earth. The late 1890s experienced the creation of the Sierra Club, sparking the beginning of the U.S. conservationist movement. The 1960s saw Rachel Carson rise to prominence with the publication of her critically acclaimed book “Silent Spring,” which tackled the incessant use of poisonous pesticides. The early 2000s witnessed Nobel Peace Prize winner Al Gore strike fear into the minds of the people with his Oscar-winning documentary “An Inconvenient Truth.” In 2019, the world feels the fervent anger of Greta Thunberg, the catalyst of the Global Climate Strike. These white, conservation-focused environmentalists fought, and continue to fight, for people to listen and act according to the needs of the Earth. But it’s important to acknowledge that the voices most often highlighted are those in the global elite.

Environmentalism seeks to protect the environment through action. But what exactly constitutes our definition of the environment? Does it — or should it — include humankind? Or does it only focus on the natural environment? Such questions indicate the negative consequences that such a broad definition entails. This definition, embedded in ambiguity, creates the perfect breeding ground for the exclusion of people who don’t have the luxury of throwing their energy into the environmental battlefield. Yes, striking for climate change awareness or posting about the burning Amazon rainforest on Instagram is a luxury. Because this vague idea of environmentalism dominates environmental activism, it fails to harness the full potential of the movement.

When we have access to the fulfilment of fundamental needs — breathable air, clean water, food and shelter — it’s relatively easy to shift our focus to banning plastic straws or fighting for carbon neutrality. But doing so is a privilege — a privilege that disguises itself as activism. Millions worldwide still lack access to clean drinking water, which means that millions of people are ignored in the fight for environmental change. In a 2019 news release, the World Health Organization reported that  “globally, at least 2 billion people use a drinking water source contaminated with feces.”

It plays to the idea of a hierarchy of needs — we must satisfy our most basic needs, like food, water and shelter, before moving on to satisfy more abstract needs, like conservation. In developing countries, some still struggle to meet those basic needs. In the U.S. as well, many continue to lack access to clean water.

While despair is a common theme across most environmental writing, don’t fret. There is a plausible solution to this matter: a reexamination of what environmentalism means to the world. Blindly accepting the conservationist paradigm of environmentalism is like writing an essay with no thesis; it lacks direction, and leaves out important ideas. In the fight for environmental justice, this means that we unintentionally leave out millions of people who inevitably suffer the consequences of the unsolicited environmental injustices imposed upon them. This definition subtly discriminates against those who don’t have the means to join the call to action. We must take a step back to realize that environmentalism should prioritize humankind. This doesn’t mean sacrificing the needs of the Earth for human luxuries; it means establishing a sense of harmony among humans, and between humans and our environment.

Throughout the history of the environmental movement, those most affected by climate change and climate politics have been silenced; instead, the most prominent spaces are given to people like Carson, Theodore Roosevelt and Thunberg. Instead of reinforcing a conservation-centric form of environmentalism, we must initiate a paradigm shift toward one focused on inclusivity. Only then will the environmental battle become equitable and ultimately find success.