Professor Ted Conover of the Arthur L. Carter Journalism Institute has won the National Book Critics Circle Award and was nominated for the Pulitzer Prize for his book Newjack: Guarding Sing Sing. As director of the journalism school at NYU, Conover sheds light on how to create and maintain a dynamic journalism education for future journalists. 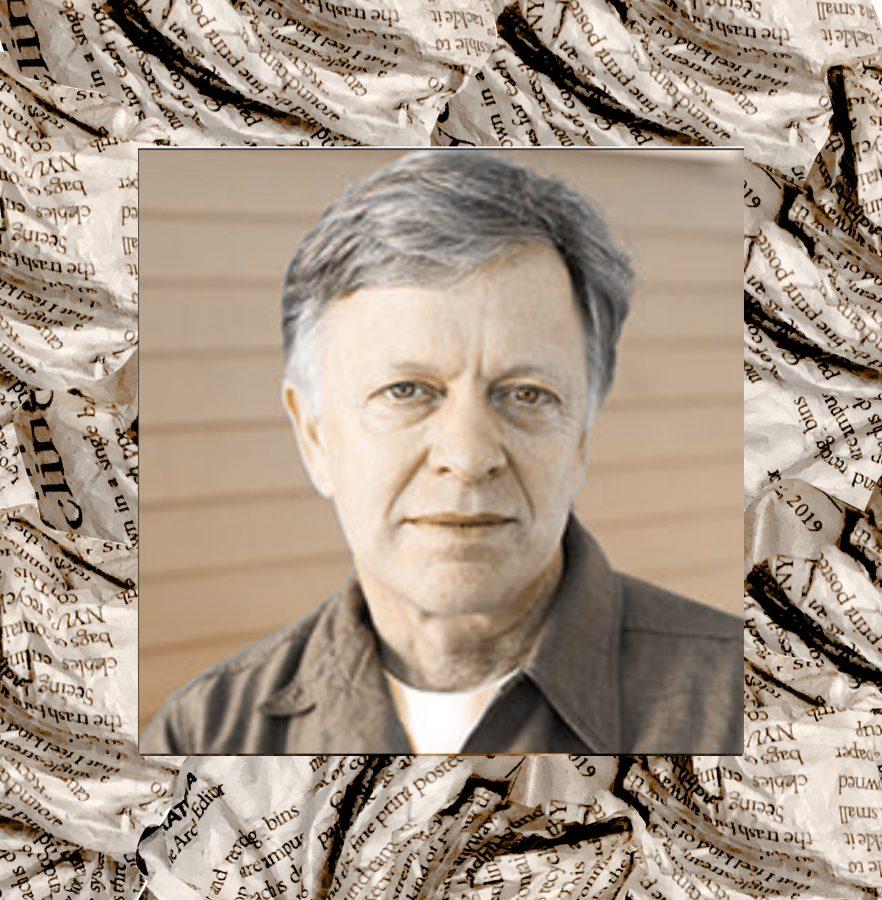 Read Part I of the interview here.

WSN (cont.): Do you have thoughts on the idea of how to prepare students for a world where information is so readily available? How can you make the curriculum in a journalism school adhere to this so that it remains relevant and provides a necessary skill set?

Ted Conover: Eliza Griswold is our newest Distinguished Writer in Residence, and she just won the Pulitzer Prize for a book that champions people in Pennsylvania who have suffered from fracking. You can study with her. You can study with Ta-Nehisi Coates, who has focused on inequality and race. If you are a graduate student, you can study with Salman Rushdie, who is synonymous with free expression. These are ways that we are not like other departments of journalism. They look at us and they think, “Wow, that is so weird, what is Salman Rushdie doing there?” While we are not entirely sure how we were lucky enough to get him, we think it is really cool, because we are so proud of what he stands for. That makes me think we are relevant and useful to the next generation of journalists, but I’m sure we are not perfect in every way.

WSN: What are your thoughts on the double major in journalism at NYU and on the new minor?

TC: The new minor is a way to open up journalism to people who are not quite sure if they want to put all of their eggs in one basket, or even so many eggs in the basket of the major. We also —  in the last year or two — have gotten rid of some of the requirements that courses be taken in a certain order. There is now more flexibility, and we hope that there will be even more ahead, because we think that there are all kinds of ways to learn journalism, and that a sequence is less important than it was once thought to be.

As for the double major, we have had discussions about that, because a question came up asking if all enrollment is down in all arts and humanities and in journalism, does it make sense to keep requiring the double major? We think it does. It makes sure that students graduate from NYU with a subject knowledge in addition to the more practical kind of knowledge that journalism emphasizes. Journalism is considered a craft and a trade, and that is different from all of the other things that you can major in as an undergraduate. We wanted to make sure that [journalism] majors were taking advantage of all of the intellectual rigor that NYU can offer, and not avoiding it by simply taking journalism classes. The best journalists are not the ones who have avoided books and long sentences and hard essays. We believe that journalism goes with ideas, and we want to help support those kinds of future journalists.

WSN: Were you a journalism major?

TC: No, I went to a college that did not have journalism courses. I took a “Personal Essay” course, and also a Creative Writing course. I also took some political science courses and anthropology courses. [Anthropology], to me, was like journalistic reporting, but really intense — you don’t just ask people questions, but you hang out with them and eat with them and work with them. To me, that was as close to a journalism education as I could get in college.

WSN: It seems that your roots as a journalist are very much based in writing. In this new culture of Twitter, Podcasts and digestible news and headlines, what do you say to students who have aspirations of being writers?

TC: I say that I think we can teach you about writing. Some of it you have to figure out yourself, but I think large parts of becoming a writer can be taught. I spent the morning doing line edits of final drafts of some students in my graduate seminar, “Ethnography for Journalists,” and I was remembering how line edits were how I think I became a better writer — [line] edits from both the publications I worked for, and, when they would take the time, from professors. Writing is an essential skill no matter what you are going to do. And you can argue that in the age of Twitter and social media, the ability to craft an entire paragraph, or a string of paragraphs, matters less than it used to, but I think for important journalism, it matters just as much. You have to be able to organize your thoughts and express them clearly — not just to a professor, but in language that ordinary people can appreciate. To me, that is a mark of a great writer that is not always appreciated — the ability to be clear and write in simple sentences.

A lot of people think great writing is full of long words that are hard to understand, and I am proud to come at it from the angle we do, which is that, first of all, you have to make yourself understood — not just to a person with a Ph.D., but to the kind of person that you are trying to reach.

WSN: Is there anything that journalists can do to help people differentiate within this epidemic of falsified news — or fake news — between what is true and what is false?

TC: There are two kinds of fake news. There is the kind that is demonstrably untrue — rumors, or photos and videos that are faked and spread around by troll accounts on Twitter and other illicit means of trying to change a conversation. I’m afraid that is with us for the foreseeable future. As I said, I think a good journalism education can try to inoculate against it.

But the other kind of fake news is real news that is deemed by those disagree with it to be untrue, and it is a favorite epithet of the president when something unflattering is written about him. He tries to undermine it with that label. In that situation, we are facing a different challenge, which is how to reach readers who mistrust us because of the years of people out there [not getting paid attention]. I do not think it is a coincidence how few of the big national media outlets predicted the election of Donald Trump. A lot of the national media did not have their fingers on an important pulse of American life, and that is something that we need to change. It does not mean stepping away from truthfulness and being well-sourced, but it does mean looking outside our bubbles and appreciating that we are in bubbles, even those that we cannot see or always understand. It means spending time outside of big coastal cities in order to understand the outlooks of people who are different from us.

I’m speaking personally now, but to me, this is another duty incumbent upon us if we are going to make journalism relevant for the next generation.

This interview has been edited for clarity.

This article is part of a special series from WSN called “The Future of Journalism,” in which the Opinions Desk plans to explore the future of the journalism industry in the current political and social climate, as well as try to gain a better understanding of how we can prepare our future journalists for the field.