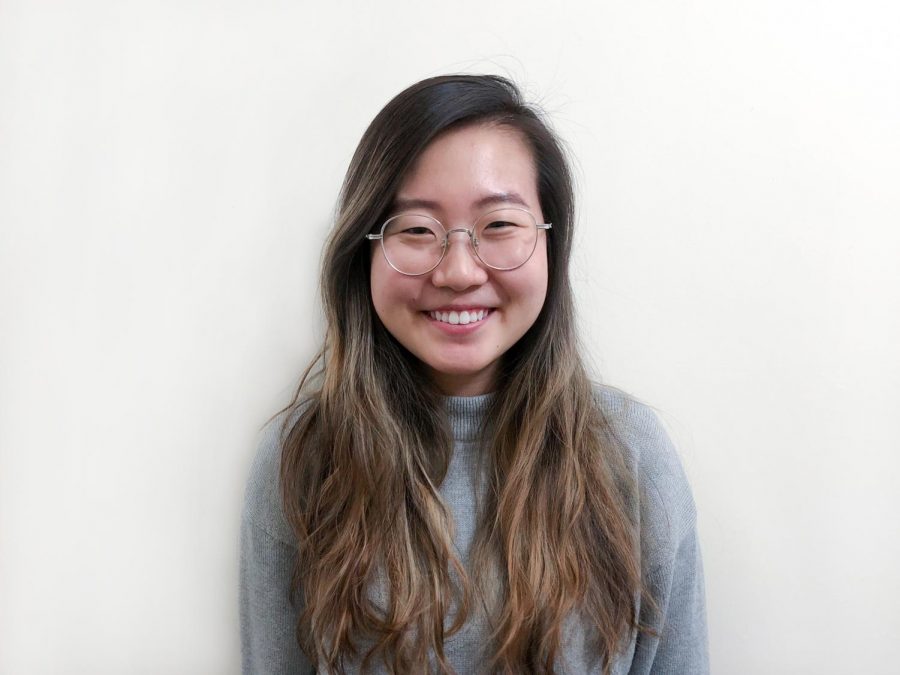 “There is a bit of the reformer in anyone who enters journalism.”

This quote from late media critic and journalism professor James W. Carey is weaved into a brief section on news judgment in a feature about objectivity in journalism. Here, Carey claims that journalists, propelled by common values like justice and transparency, often possess a reformist mindset that pulls them toward stories that push for social change and which can be misinterpreted as liberal bias.

His point strikes me as bold in how it so unapologetically disowns partisanship. Unearthing the truth behind the systems that preserve corruption, and directing public attention to it, isn’t partisan — it’s intrinsic to journalism.

We can apply a similar reasoning when looking at objectivity itself. By objectivity, I mean both the impartiality that journalists must have by not making any claims of their own and the distance that a journalist is expected to maintain from the topic they’re reporting on. Public confidence in the news media is steadily declining and Americans want unbiased news — which is ironically, according to Gallup and the Knight Foundation, in the eye of the beholder. Perhaps what needs to give is how journalists conceptualize and practice objectivity, instead of how journalists can eliminate the prominence of bias. Because although objectivity is crucial to reportage, pursuing such a narrow representation of objectivity can, at times, fall short of the truth.

Tell It Like It Is
Earlier this year, Rep. Steve King, R-Iowa, in an interview with the New York Times, rhetorically asked how terms like “white nationalist,” “white supremacist” and “Western civilization” became offensive. As advice to its staffers, NBC initially warned them against “characterizing [King’s] remarks as racist,” but that “it [was] OK to attribute to others as in what many are calling racist.” Even though it was abundantly clear that King made a racist comment in defense of white supremacy and also had a history of making similar racist comments, NBC, in its report on King’s removal from House committees, opted for the adjective “inflammatory” to describe his statements.

It’s not surprising that NBC would advise its reporters to refrain from outrightly saying that King was being racist. On an episode of “Code Switch,” Gene Demby explains that in the wake of the Civil Rights Movement, being racist became taboo — it began to be seen as a “moral failing,” an “illness of the soul,” much like how it is today. However, labeling someone as prejudiced doesn’t necessarily fall under the convention of journalistic objectivity, so it led to reporters using euphemisms like “racially charged,” “racially inflammatory” or “racially insensitive” to feign impartiality.

But Demby frames racism in another way: it operates as a “structural reality,” as a “part of the source code of American life.” The U.S. is historically a perpetrator of Native American ethnic cleansing, the enslavement of generations of black people and the exploitation of vulnerable communities of color, and our country either still benefits from these systems or continues to participate in them.

Representing the truth about racism requires journalists to be able to identify it without feeling like they need to cloak it in a euphemism to avoid leveling a personal judgment against someone. If something is racist, then it should be referred to as racist. To say less would, instead, be compromising objectivity because obscuring racism as anything but a structural reality would be a disservice to the truth. Insidious systems like these thrive in the dark, so we must be able to trust the media to hold people, especially our elected government officials, accountable for their racism.

Not long after this incident with NBC, the Associated Press rolled out its annual update of the AP Stylebook. It expanded its entry on race to dissuade journalists from using euphemisms about racism, and instead encourages them to evaluate the facts of the situation to arrive at an assessment.

“The Most Important Story of Our Time”
A hallmark of journalistic objectivity is the detached, neutral tone that journalists employ in their reporting. It often evokes the sense that the journalist is a messenger, not a participant. This characteristic is one of several practices in place to methodically ensure that, no matter the circumstances, reporters are impartial to what they’re writing.

There’s a belief that stances in journalism, even the ones elicited by tone, are inherently bad because they implicate bias. While I think that should generally be the operating principle that we accept, I believe there are exceptions — instances where it’s not as clear-cut. In these cases, it is harder to know whether or not an open acknowledgement of having a stake in an issue erodes objectivity.

I’ve been particularly fascinated with the New York Times’ coverage of climate change. The Times’ news desk treats the topic with an explicit straightforward urgency that pushes against the usual norms of disinterest. They deem climate as “the most important story of our time.” They publish guides that aim to answer common questions about the climate and dispel misconceptions by outlining direct takeaways from empirical information. They even have a partnership with Everlane, a sustainable clothing brand, to bring awareness of climate change to the younger generation.

As a news organization, the Times has made a conscious decision to show active interest in climate change and as a result, it’s taken a stance. To the Times, disseminating information about the planet’s health without being opaque about its urgency is a bigger priority than keeping to the traditional journalistic objectivity.

And of course, we can’t ignore how climate is embroiled in politics and bipartisanship. Environmental regulation is enacted through the government, and so climate change has been politicized into a wedge issue, when our attention should be on mitigating the deterioration of our planet. Even the current administration has endorsed misinformation about climate change, namely saying that it’s a myth.

Yet the profession itself mandates that we deliver the truth with an ardent grasp on the facts. Truth, by definition, won’t be partisan, but when leaders build platforms upon misinformation, whether knowingly or unknowingly, dismantling them can seem partisan. When these larger forces influence the portrayal of truth, typical journalistic objectivity — passivity — falls short of being an accurate proxy for real objectivity.

The Future of Objectivity
When considering objectivity in journalism, we have to recognize the ambiguity it comes with and how the circumstances can call for us to update our understanding of it. Bias is like an ubiquitous boogeyman — we’re afraid of the accusation and hesitant to admit that it’s unavoidable. But it isn’t a matter of rejecting bias. It’s a matter of handling it with integrity.

Lara Logan, a former war correspondent for CBS News, has recently emerged as a vocal critic on the liberal slant in media. She wrote an op-ed in the New York Post on how “political bias is destroying people’s faith in journalism.” She makes incisive points about what journalism is and what it isn’t — how the ultimate pursuit is for the truth no matter where it leads. She argues that journalists must function independently without an expressed attachment to a particular political ideology.

None of these claims are exceptionally novel. Many, if not most, journalists would agree with Logan’s professional priorities, but it gets complicated once she conflates objectivity with the absence of a political stance, classifying open bias as “a departure from journalistic standards.” The term “journalistic standards” is painfully vague. Though journalists are informed by our shared principles of objectivity, the specific manifestations of standards can look very different. And as we diverge, our standards quickly become divisive, so that, as Logan argues, all that’s left is the binary of how you’re either committed to the truth or you’re advancing a cause. But these two loyalties are not like oil and water. Rather, they overlap and inform each other in intricate, context-dependent ways. Logan herself says that journalists “may share the passion for a particular cause,” and losing the nuance behind a journalist’s working values, personal worldview and their reporting turns into a massive oversimplification.

Objective reporting is really easy if you boil it down the way Logan did: having two first-hand sources, questioning everything and independently verifying your information. This is a handy, general model for conceptualizing objectivity that we can always rely on, but we need to fight the temptation of leaving it at that.

Reporting a story, like with any act of storytelling, involves stakes. And the stakes in journalism, since it’s rooted in the present reality, are especially real and personal. For racism, the stakes are people’s safety and the spread of extremist thought. For the environment, it’s the loss of our collective home and the suffering that is guaranteed by climate change. For conservatives or Middle America, it’s the potential of being misunderstood and not being represented fairly.

We ought to realize that everyone has a stake and that part of objectivity is the ability to recognize that a wide variety of perspectives hold truth. That’s why journalism encourages the collection of accounts from every side of the story — and not choosing who is right or pandering to a specific viewpoint. Journalistic objectivity in its original sense can, in some cases, be a counterfeit for truth when reporting becomes more bent on maintaining the facade of impartiality than the palpable perception of truth. Whether it’s the decision between saying racially charged and racist, or misinformation and lie, the fear of stating the vetted truth will limit us.

While I hope that journalists are people who are able to push past confirmation bias and look beyond their own beliefs, in the times when they naturally slip, it’s vital that there are other journalists working alongside them who can serve as checks.

Ultimately, objectivity is far more complex than writing a certain way or keeping mum about your beliefs, and the fragmentation of media into political factions makes it all even messier. We need to address our reality instead of stubbornly clinging to dated, incomplete definitions. It’s natural to want to backpedal and return to a time before the 2016 election, before social media, maybe even all the way back to Edward R. Murrow or Walter Cronkite’s heyday when trustworthiness and journalism seemed to go hand in hand, but we have to carry the profession forward. Maybe we can even happen upon something greater.

This article is part of a special series from WSN called “The Future of Journalism,” in which the Opinions Desk plans to explore the future of the journalism industry in the current political and social climate, as well as try to gain a better understanding of how we can prepare our future journalists for the field.