After adjusting to remote learning, NYU has announced it will move to be a permanent online university. 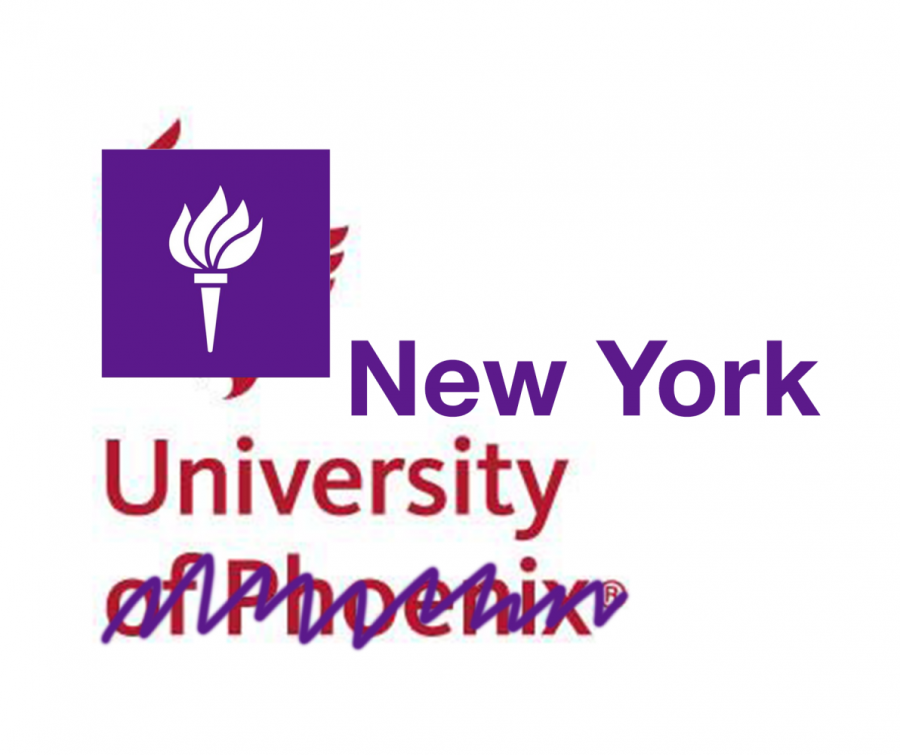 Since the university-wide transition to online learning, NYU administration has decided to stay on the remote course. Improving on the example of University of Phoenix, classes will remain on Zoom in the Fall 2020 term and beyond. (Staff Illustration by Alexandra Chan)

NYU has recently announced that it will be following the lead of online institutions like the University of Phoenix and will become a strictly online university, starting in fall 2020.

In the wake of the coronavirus pandemic, universities across the globe have been forced to transition to remote learning to protect their students. This included NYU, a school well-known for being an in-person institution, or as it likes to say: “in and of the city.”

However, this will soon change according to a university-wide email from NYU President Andrew Hamilton.

“NYU has long been a leader in higher education,” the email reads. “We as a university have elected to continue this leadership as the world’s largest private not-for-profit online university.”

Despite previous claims that remote learning is costing the university “millions more,” Hamilton has admitted that this was, in fact, misleading. “It cost more for us to make the transition initially,” the email explained, “but after we were up and running, the cost to us was significantly less.”

“It’s kind of like when you buy a beach house and rent it out,” he continued, thinking he was making a relatable comparison. “Yeah, at the beginning you’re gonna pay more to buy the house, but eventually you make it back. Though, in the case of NYU’s beach house, we didn’t make any money. We just gave it to John Sexton.”

“We have found that it simply costs too much to run the university in person,” Hamilton’s email continued. “Even if every student takes out loans — private, of course — they will never be able to pay them back in their lifetime, university administrators find it difficult to become billionaires. That is quite unfair to the administration.”

“Of course, though we’ll be spending significantly less money, we will still be charging students the full $82,000 a year tuition, and adding on the $15 dollar fee Zoom charges to allow meetings to last longer than 40 minutes,” Hamilton explained. “You thought we were gonna pay for that? F-ck no! Daddy needs lunch money.”

“Some may say that the quality of education may be significantly lower online for majors like acting, science or nursing,” he wrote. “But you have forgotten that you do not pay through the nose to get a great education from NYU, you pay through the nose to say you got a great education from NYU. So how about you take your goddamn diploma, take a sh-tty photo in front of the arch and shut the f-ck up?”

Attached to the bottom of Hamilton’s email, though, was a qualifier.

“April Fools!” the email reads. “I got you! You should’ve seen your stupid face! Classic. Anyway, you still aren’t getting your tuition back. That part was real.”