NYU Langone ranks No. 1 in leadership and ambulatory care

NYU Langone jumped four spots for quality leadership and has held the top spot in ambulatory care since last year, according to new rankings. 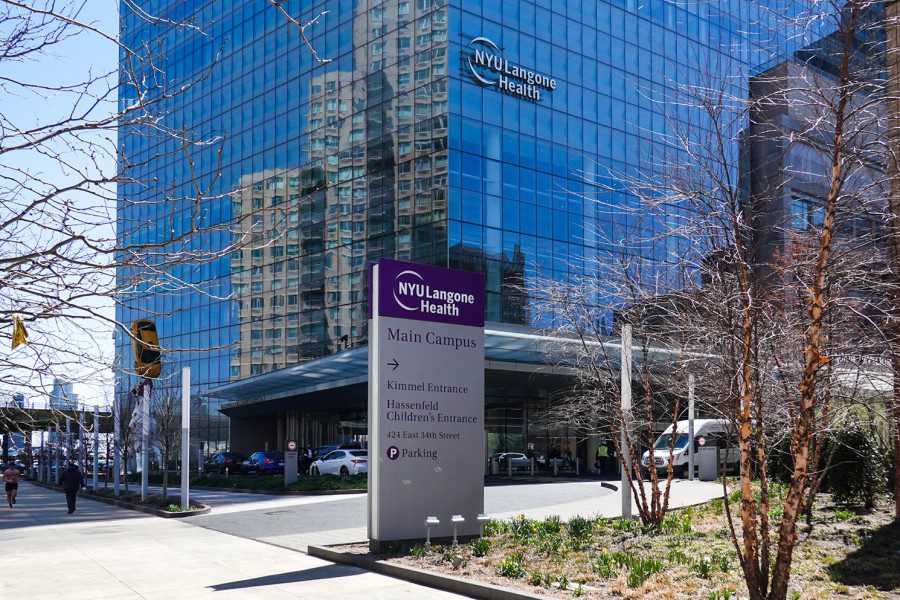 NYU Langone was listed on top of Vizient’s 2022 ranking on leadership quality, outpatient quality and accountability. (Kevin Wu for WSN)

NYU Langone Health is No. 1 in outpatient care and quality leadership, according to new healthcare rankings that were released on Thursday, Sept. 22. The updated numbers, determined by the healthcare performance company Vizient, come after the medical center was ranked No. 1 in New York and No. 3 in the nation by U.S. News & World Reports in July.

“NYU Langone, under the leadership of Robert I. Grossman, MD, has led a stunning transformation that led a once faded and money-losing institution to world-class prominence in patient care, education, and research,” Langone spokesperson Lisa Greiner wrote to WSN.

Vizier presented Langone with the Bernard A. Birnbaum, MD, Quality Leadership Award, which placed the medical center at No. 1 out of 107 in quality of inpatient care. The ranking organization takes safety, mortality, effectiveness, efficiency, patient centeredness and equity into account when deciding upon the winner.

Langone also received the Ambulatory Quality and Accountability Award, which considers access to care, quality, efficiency, continuum of care and equity. This award places Langone’s medical network, which includes more than 320 facilities, at No.1 out of 55 networks. The medical center has held this spot every year — except for one — since the ranking began in 2015.

Robert Grossman, who has been the CEO of NYU Langone Health and the dean of the NYU Grossman School of Medicine since 2007, increased Langone’s revenue by $8.2 billion between his first year in the role and 2021, raising $10.2 billion in revenue. He also helped launch the medical school’s 2018 initiative to cover total tuition cost for every student.

“Outstanding quality and safety standards are the hallmarks of our institution, reflecting a culture dedicated to excellence and the best outcomes for our patients no matter where in our system they receive care,” Grossman wrote in a Sept. 22 press release. “No other health system in the country has our aggregate of top quality and safety rankings from respected arbiters including this most recent leadership designation from Vizient.”

Greiner said that because Vizient’s rankings are specifically tailored to analyze the healthcare industry, they are more thorough than many organizations, which typically consider a more general range of criteria. She added that unlike many other organizations, Vizient does not consider reputation as a factor in its rankings.

“While no one accreditation can speak to NYU Langone’s progress, the validations it has received continue to be realized and further support NYU Langone’s commitment to delivering the highest standards of quality and safety in the country year after year,” Greiner wrote.