What to do this week: Vampire cinema viewing and Climate Week NYC

The Daybook is WSN’s weekly column listing in-person and online events at NYU and across New York City. This week: Sept. 19 to Sept. 25. 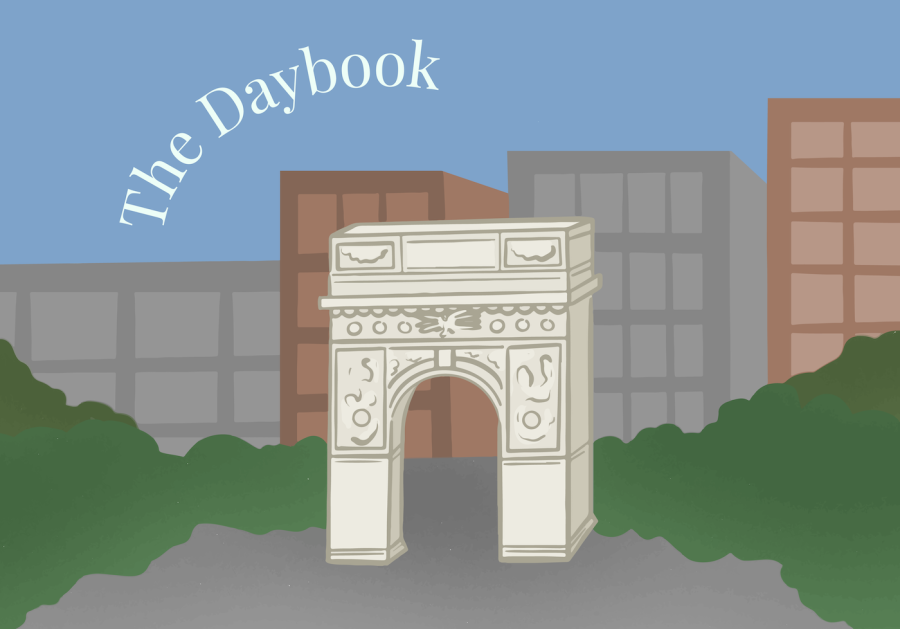 A vampire movie at the MoMA

Filmmakers Adam Khalil and Bayley Sweitzer will present their vampire movie “Nosferasta: First Bite” at the Museum of Modern Art. The film, which was created in collaboration with artist and musician OBA, follows an escaped enslaved person being turned into a vampire by Christopher Columbus. Tickets are $8 for students and $12 for adults. Two other films will also be screened: “Alluvium” by Peggy Ahwesh and “A I O U” directed by Khalil, Sweitzer and Anton Vidokle.

Climate Week NYC is returning for its 14th year, offering both virtual and in-person discussions about climate equity, making progress against global warming, and the geopolitical structures preventing greater climate activism. Speakers from CNN, the United Nations, the governments of Australia and Senegal and climate organizations will give talks on the first day of the conference.

A performance featuring the work of African and Black revolutionaries

Sculpture artist Julian Louis Phillips will present a performance including jazz, African dance and texts from African and Black revolutionaries. The free performance, titled “if they started the rhythm, how do we keep the beat?,” will open with a live instrumental jazz ensemble by students from the College of Performing Arts at The New School, and continue with dance, music and spoken word. The event is a part of American artist Fred Wilson’s “Mind Forged Manacles/Manacles Forged Minds” exhibition, which offers commentary on racism and social justice.

New York City Ballet will open its season with its “All Balanchine I” program, consisting of three neoclassical ballet pieces by the company’s co-founder and renowned choreographer George Balanchine. Featured works include “Divertimento No. 15,” which is set to music by Mozart, and “La Sonnambula,” which follows the romance between a poet and a sleepwalker. Tickets start at $38.

Contemporary artists Rodrigo Valenzuela and Sophia-Yemisi Adeyemo will open their new exhibits in a celebration at BRIC House, a Brooklyn arts venue that holds performance and classroom spaces, a cafe, an artist studio and a public gathering space. The artists will display works relating to industrial society and West African colonialism. Attendees will have the opportunity to meet the artists and see their work at the free event.

Attend the 19th annual Fall for Dance Festival, featuring performances by the Gibney Company, which is based in New York City, the Bavarian State Ballet and the Compagnie Hervé Koubi. The night’s programming includes one piece being shown in New York for the first time and another making its debut in North America, along with an excerpt from a ballet first performed in 1856. Tickets for the two-week festival are $20 per day.

Watch “And the Worlds that Surround,” a new documentary by filmmaker and architect Eric Franklin Romero about the lesser-known parts of New York City and its impact on the environment. It will premiere at Fotografiska, with tickets starting at $40. Cellist Andie Tanning and violinist Evelyn Wadkins will perform the film’s score during the screening.

The Affordable Art Fair is back for its 20th anniversary. Attend the fair to see thousands of original sculptures, paintings, prints and photographs by creators from around the world. Admission to the event is free, and art is available for purchase.

A one-man show about a Scottish poet

Eat pizza while running a 5K

Challenge yourself by participating in the 12th annual NYC Pizza Run — a 5K jog with a two-slice pizza break. A portion of the proceeds will go to the Juvenile Diabetes Research Foundation. Tickets are between $50 and $65, but participants can get 40% off of their ticket by using the code DOWNTOWNBK.

More than 100 vintage sellers and 180 local art, design and food vendors will participate in the Fall Vintage Fashion Bazaar, hosted by Grand Bazaar NYC. The event will include both indoor and outdoor shopping, marking the re-opening of Grand Bazaar’s indoor market space after it closed more than two years ago. All proceeds from the free event will be donated to public schools in the area.

An evening of classical piano

Enjoy a piano concert featuring Alejandro Picó Leonís, a Spanish pianist based in Vienna, who will play pieces by Franz Schubert and Spanish composers. Students are eligible for half-price tickets that cost $15.