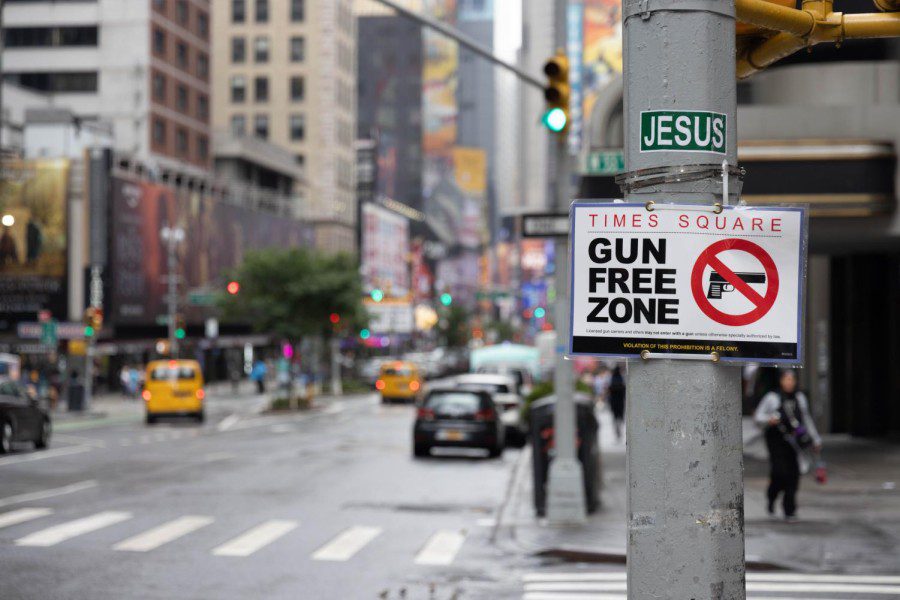 Gov. Kathy Hochul’s new gun control legislation package, which went into effect this month, includes a law which prohibits the concealed carry of firearms in certain “sensitive” locations, such as educational institutions, places of worship and public transportation. The new legislation will not impact NYU’s Washington Square or Brooklyn campuses, but students are concerned about its efficacy.

“This is such a Band-Aid solution to a bigger problem,” LS sophomore Julia Kaufman said. “Having safe zones is almost impossible to enforce in this city. No crazy person is going to put down their gun and be like ‘Oh, I’m in a school. I can’t concealed carry now. But when I get onto 53rd and Lexington, now I can!’”

The new legislation, which went into effect on Sept. 1, came in response to a Supreme Court decision on June 23 that allowed New York gun owners to carry a firearm without demonstrated need. The ruling stated that the prior gun laws, which were much more restrictive, were unconstitutional. After the ruling, Hochul called the ruling a “frightful” setback to the state’s ability to protect citizens, and vowed to create new legislation.

NYU policy prohibits all weapons — including firearms — in and around university facilities and in all university-sponsored events, even if the carrier has a license. Many public spaces are outside of NYU’s jurisdiction, including Washington Square Park, which is home to the university and controlled by the city. The university’s gun policy has not changed, according to NYU spokesperson John Beckman.

“Neither the recent Supreme Court decision nor the new New York state firearms laws change NYU’s policy on firearms, which bans them on campus,” Beckman said. “NYU can continue to prohibit firearms on campus as it has in the past.”

The city designated Times Square as a gun-free zone, alerting visitors to the policy change with large signs fixed to lamp posts and traffic light structures. The signs will soon be posted in other locations deemed sensitive, according to city officials. Hochul’s legislation package also mandates that concealed carry permit applicants complete a firearm training course and apply for renewal every three years.

Due to the busy nature of the university’s Washington Square and Brooklyn campuses, some students said they are reluctant to believe that the new legislation will work effectively to protect the public spaces that they frequently use.

“On campus, it’s not too bad just because it doesn’t seem like there haven’t been too many incidents, and I’m not too worried that I’m gonna get shot while I’m walking around,” CAS junior Leo Kwok said. “Around the city, it’s a little bit different, especially on the subway.”

Tisch first-year Chase Dodge said that NYU has done a good job of keeping students safe from gun violence. They also said that although they are in favor of any law that restricts gun access, they are not satisfied with the updated legislation.

“Nobody should have guns,” Dodge said. “Every other country is able to deal with it except for us. In the United Kingdom, people can’t just have guns, and they don’t have shootings. I am all for any legislation that’s going to limit people’s access to guns.”