Beyond NYU: Unmasking the lobbying industry

Each week, WSN sits down with an NYU student, faculty member or alum who’s making change beyond NYU. Neil Bhatia, a 2019 graduate, shares how he makes finances more transparent with his startup, Lobbying Data. 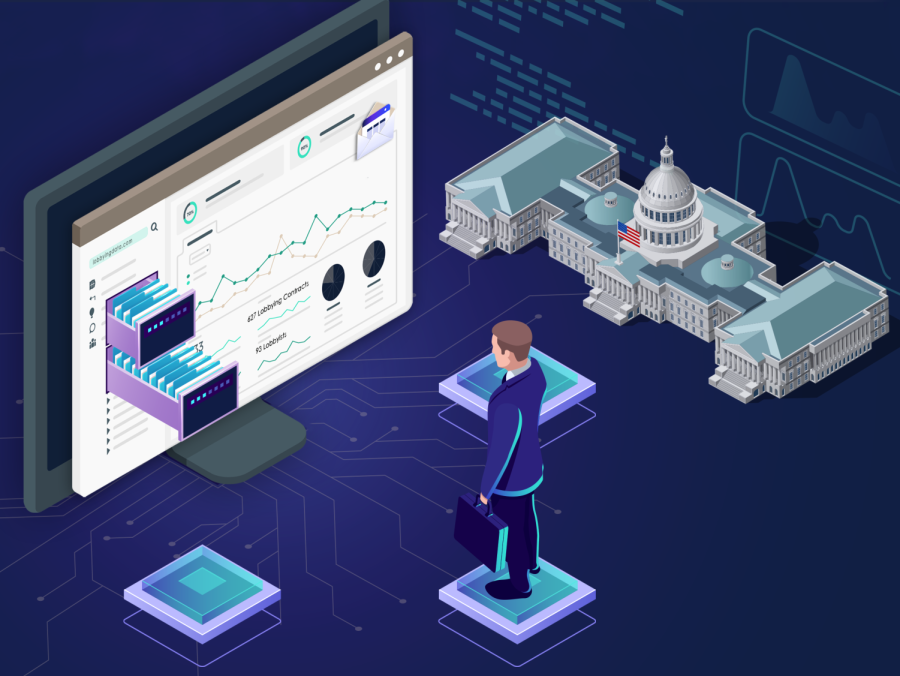 Last year, the U.S. lobbying industry received $3.7 billion in revenue — an all-time high. With more than $2 billion exchanged and more than 11,000 federal lobbyists having participated in the market during the first half of 2022, the industry is set to break the new record again. Neil Bhatia, a 2019 graduate of NYU’s College of Arts & Science, wants to make the notoriously mysterious — and powerful — industry of lobbying more accessible.

Bhatia started to work on his startup, Lobbying Data, during the pandemic to accomplish that goal. The project continued to grow and at the beginning of September, which Bhatia described as the company’s official launch, the website’s Daily Lobbying Data spreadsheet started to roll out hourly updates on new lobbying activity.

The dashboard lists information on the lobbying firms, the government agencies lobbied, the lobbied issues, the amount spent and the reasoning behind the financial activity — the most important detail, according to Bhatia. In an interview with WSN, he provided some insight into the startup’s conception and shared his goals for its future.

WSN: Why do you think that this project, and providing transparency in lobbying in this way, are important issues?

Bhatia: It’s an industry now and it’s really not going away, unfortunately. There’s lobbying for good and there’s lobbying for bad, and a lot of the time, people do assume it’s bad. For example, Shell will lobby for an anti-environment bill. These sorts of situations are really, really important to keep track of. The data is available and we should make use of it, but you shouldn’t need to be a data scientist or a hardcore AI researcher just to get that information out. I want to make that publicly accessible for those reasons.

Bhatia decided to create Lobbying Data after working on a project for an econometrics class during his senior year at NYU — a project inspired by the movie “Iron Man.” He said he was interested in seeing if he could find the real-life Stark Industries, the fictional weapons manufacturer owned by the Marvel Cinematic Universe’s Tony Stark. He decided to dedicate his final project to further exploring the topic and its ties to federal arms lobbying.

Bhatia said he was able to find a few companies — the Lockheed Martin Corporation, Raytheon Technologies Corporation and the Northrop Grumman Corporation. However, when he tried to look into the lobbying activity of the multi-billion-dollar companies, he ran into some trouble. Although the data was publicly available, it took him four months to sort through documents and ultimately complete his project. With Lobbying Data, he wants to make the process of accessing these public records quicker and more approachable.

WSN: Based on the difficulties you had while working on that project, what do you hope to accomplish through your startup?

Bhatia: At the time, I used it as a learning opportunity to get better at data science and programming, but then I realized that there’s a gap in the market here. It’s just not possible to look into lobbying data and see why a company is lobbying, so that’s what I wanted to bring forward. Can you understand which company is lobbying the government, where they’re lobbying, what government agency they’re going for? All of that’s available, but it’s not accessible.

If you knew that Google was going to lobby for a new electric vehicle, you could actually have an idea that Google might be releasing their own cars [in the future]. That’s really powerful. My goal for this is just to spread the word and make it as easily accessible as possible. Now you can know exactly who is lobbying, and most importantly, why.

WSN: If NYU students and the NYU community have access to a tool like this, what do you see the impacts being? Have you seen an impact yet?

Bhatia: I’m hoping to get a good public impact from this. It’s not just companies — it’s also universities. It’s also political action committees and ordinary people like you or I. Instead of just going for the Wall Street investors, I want people to see that, “OK, NYU is lobbying. What are they lobbying on? Are they trying to raise their tuition again?” These are some of the things that I want people to be aware of.

Federal lobbyists are required to register quarterly reports with the U.S. government. The reports include information about revenue, federal agencies that were involved, and reasoning for lobbying activity. Lobbying Data sources this information from the Senate Office of Public Records and uploads the data to a table, which is available for free on the startup’s website. A Lobbying Data pro plan is also available for purchase, and includes downloading capabilities as well as a stock tracker function alongside the updating data.

Other online platforms also allow the public to access lobbying information — notably OpenSecrets, a nonprofit that also monitors campaign finance data. Although Bhatia used information from OpenSecrets when he first started to learn about lobbying, he said his startup goes further by providing insight into why companies choose to lobby rather than simply listing their spending.

Bhatia has big plans for Lobbying Data’s future, including a historical archive to log financial records from 1999 to the present. He emphasized his desire to provide accessibility and transparency to the industry — the goals which initially inspired him to launch the startup.

WSN: What else do you envision for the future of Lobbying Data?

Bhatia: I would like to have one part of it be completely free forever, funded by investors that buy different sets of the data. I’d also like to make it so you can drill down on a company throughout their entire history. So you can type in NYU, and then you can look all the way back to 1999, which is the first reported year that’s accessible to the public.

I’d like to include foreign entities as well. Sometimes a foreign government will actually hire a lobbying firm and it’ll be in the data, but it’s very difficult for me to get that information out. The speed [of updating the website] is really important too — but most importantly, I want to make it as user friendly as possible.