What you missed around NYU this summer

Roe v. Wade protests, the adjunct faculty union contract extension, pride celebrations and everything else you need to know from over the break. 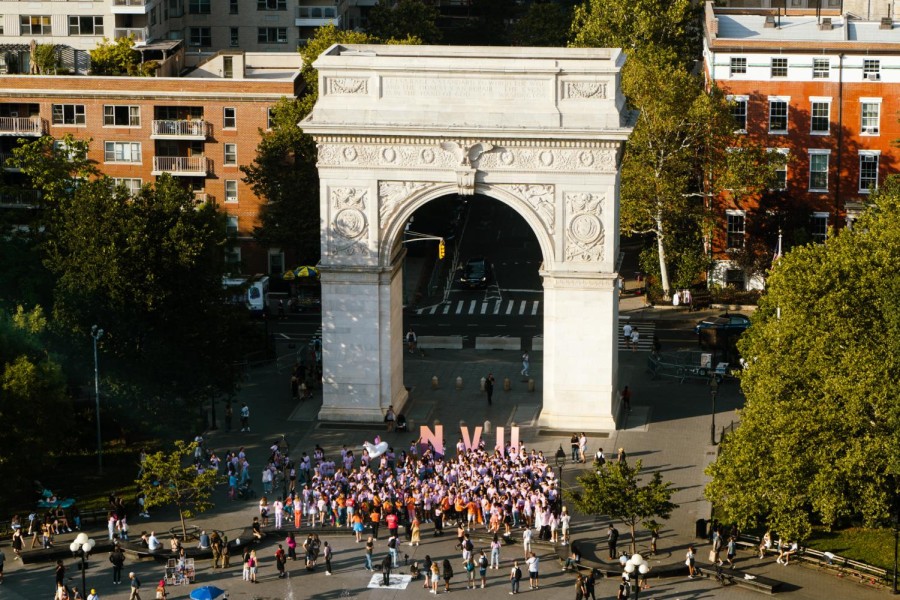 As thousands of NYU students return to campus for the fall 2022 semester, here are the top stories that WSN followed this summer.
Adjunct faculty union contract extended for 30 days

ACT-UAW Local 7902, the union representing adjunct faculty at NYU, announced that their bargaining committee had agreed to a 30-day extension of their current contract with the university. The union is demanding for adjunct faculty to be better compensated.

Local 7902 represents more than 4,000 part-time and adjunct educators, teachers and healthcare workers. Its agreement with NYU began six years ago and was set to expire at the end of this month. Negotiations for a new union contract began in April.

Since the committee has yet to form a new agreement with NYU, adjuncts will receive the same pay in the beginning of the fall 2022 semester as they did in the 2021-22 academic year. They will also receive the same protections and benefits listed in the existing contract through Sept. 30.

Protests around NYU after Roe v. Wade is overturned
After the Supreme Court overturned Roe v. Wade on June 24, thousands of protesters took to the streets across New York City to oppose the decision. Large gatherings were held in Union Square and Washington Square Park as many united in support of abortion rights.
The decision came shortly after New York Gov. Kathy Hochul passed a package of legislation aimed to protect abortion access in New York state, including legal protections for abortion providers and patients, as well as education programs on reproductive healthcare rights.

New York City’s Pride Month celebrations culminated during the annual NYC Pride March, which has been held for more than 50 years and took place in person this year for the first time since 2019. The march began at 25th Street and Fifth Avenue and passed by the Stonewall National Monument and the New York AIDS Memorial, ending a few blocks away from Union Square.

The New York City Police Department conducted a sweep of unhoused people’s belongings in Washington Square Park on Aug. 19. Washington Square Park Mutual Aid, a community group which was running a weekly distribution of food and essential items at the time, attempted to intervene. Two unhoused individuals and one member were arrested.

WSPMA members said that the sweep — which was not announced beforehand — was likely due to complaints from Greenwich Village residents about the park’s unhoused population. The following week, WSPMA held a course about defense tactics in order to prepare members for potential future sweeps.

NYU faculty member and author Salman Rushdie, who was stabbed multiple times while giving a lecture at a conference in western New York state on Aug. 12, is in recovery. Rushdie, the author of the controversial 1988 book “The Satanic Verses,” has lived under death threats since its publication in 1989.

In a statement on Aug. 13, NYU president Andrew Hamilton called on the university community to support Rushdie and denounce the attack, emphasizing the importance of freedom of speech — a cause Rushdie has advocated for throughout his career.

Hadi Matar, the 24-year-old New Jersey resident who was charged with Rushdie’s attempted murder, rushed the stage where Rushdie was speaking and stabbed the author repeatedly. Matar was tackled by audience and staff members at the institute, and was later arrested. Matar pleaded not guilty to both assault and attempted murder charges during his arraignment on Aug. 18 before a judge ordered that he be held without bail.

Michael Steinhardt resigns from board of trustees

Michael Steinhardt, namesake of NYU’s Steinhardt School of Culture, Education and Human Development, resigned from the university’s board of trustees eight months after he agreed to surrender $70 million worth of stolen antiquities.

The 2021 investigation into Steinhardt’s collection of antiquities found that items in his possession had been illegally trafficked from 11 countries and 12 smuggling networks. Since Steinhardt surrendered the antiquities, no criminal charges were brought against him after the investigation’s results were announced on Dec. 6. Twenty-six professors from the department of Media, Culture and Communication denounced the name of the Steinhardt school a few days later.

Much of Goldman’s campaign focused on issues including voting rights and governmental power abuse. Niou has not yet conceded the race and may choose to run again under the Working Families Party — a progressive party organized by community organizations, advocacy groups and labor unions — during the general election on Nov. 8, challenging Goldman once again.