Astha Rajvanshi, a freelance journalist who reports on human rights and marginalized communities, was announced as the winner of a $12,500 grant from NYU’s Arthur L. Carter Journalism Institute. 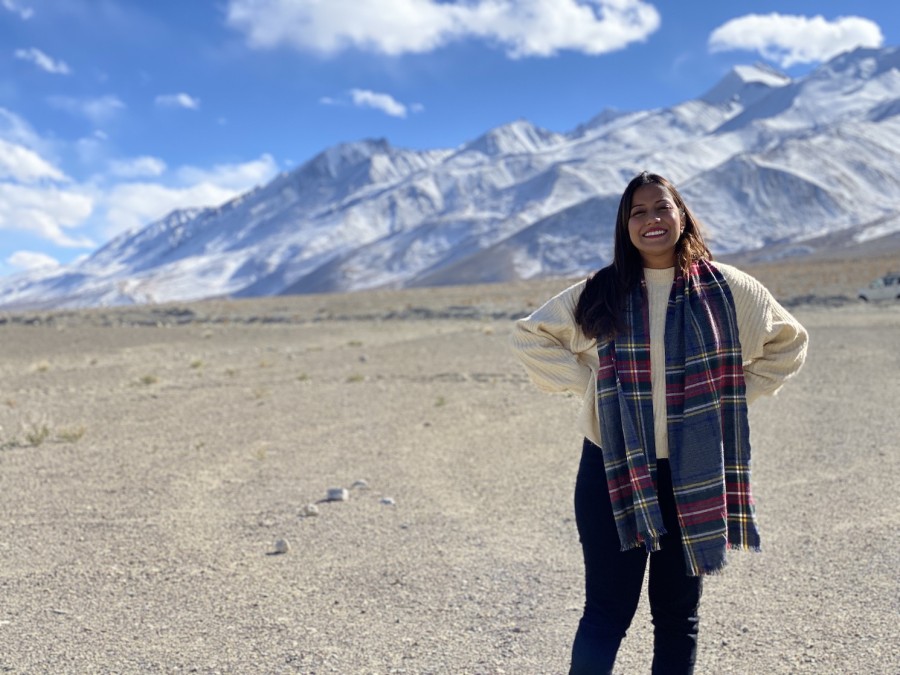 Astha Rajvanshi was named as the winner of the NYU Matthew Power Literary Reporting Award, a $12,500 annual grant awarded to one early-career journalist in support of writing that examines the human condition.

Rajvanshi, a journalist who reports on human rights, women and marginalized communities in India, is the eighth recipient of the grant and will use the funds to report on the Indian government’s displacement of the indigenous Adivasi tribes. She is interested in looking into how India — one of the largest producers of coal — contributes to climate change and how the Adivasi communities are affected.

“These people have been around in India for centuries before colonialism and before India really sort of became a nation, and they’ve been the stewards of forests in India,” Rajvanshi said. “I was really interested in going into these communities and spending a lot of time with them so that I could actually figure out who the key players were, but also what their day-to-day life looked like for them as we see the sweeping effects of climate change.”

Rajvanshi is still in the initial stages of her reporting. While she plans on visiting Adivasi communities in the near future, she has spoken with local activists who are heavily involved in helping resist the impacts of climate change on their land.

“A lot of these people don’t really have too much contact with the outside world,” Rajvanshi said. “They might have a mobile phone among the community, but a lot of their livelihoods are making straw baskets or selling things that they’ve made from their natural resources. For that reason, it’s quite hard to speak with them directly unless you’re actually there.”

Rajvanshi originally heard about the award from one of her journalism professors at Columbia University, where she received a master’s degree from the Graduate School of Journalism. She said she had long considered applying for the award and plans to use the grant for travel and housing expenses.

“I had been waiting for a long time for the right story to apply for the grant with,” Rajvanshi said. “Then when these applications opened, I thought, ‘You know what, this is my chance, I need to do it now.’”

Matthew Power, the award’s namesake, was an award-winning print and radio journalist who passed away in 2014 while working on an assignment in Uganda. When Power started his career, he moved to New Delhi, where he freelanced for multiple publications.

“He was intensely curious and adventuresome, and a super good writer,” Ted Conover, an NYU journalism professor and long-time friend of Power, said. “He was willing to go almost anywhere for a story. All of us miss him and want to encourage the kind of work he did.”

Roger Hodge, the deputy editor at The Intercept and also a friend of Power, worked with him during his time at Harper’s Magazine. Hodge said that the award is meant to memorialize Power by providing journalists with the opportunity to complete work similar to what he accomplished in long-form journalism.

“Few magazines now really have the resources to fund these kinds of stories, and so the idea for the award was to fill that gap and to give especially early career writers the opportunity to to go someplace that might be out of reach otherwise,” Hodge, who was one of the judges, said. “We get wonderful proposals from journalists all over the world who are proposing stories that really deserve to be told.”

Rajvanshi said that she was inspired to apply for the award in part by Power’s writing about rivers and local communities in India. She emphasized how Power was able to connect with those who he reported on.

“He was an amazing journalist,” Rajvanshi said. “He has this incredible long form that I listened to, before my interview, just talking about his approach to journalism. That was a really big motivating factor for me in applying for this award.”

Each year, between 50 and 100 journalists apply for the award. Last year’s winner, Caleb Gayle, is a former fellow at The Guardian and used the grant to write about forgotten Black communities in middle America. His work has appeared in The New York Times, The Atlantic and the Harvard Review, among other publications.

“It’s inspiring really to be privy to so many ambitious ideas, and it’s also humbling, because you see people put a lot of thought and effort into applying,” Conover said. “It’s a bit of a process, but it seems totally worth it if you can find somebody like Astha, who we all just think has huge potential and is going to do something great.”