Ahmed Mabrouk has been named as the intruder who entered Rubin Hall in April, staying overnight multiple times and interacting with residents. 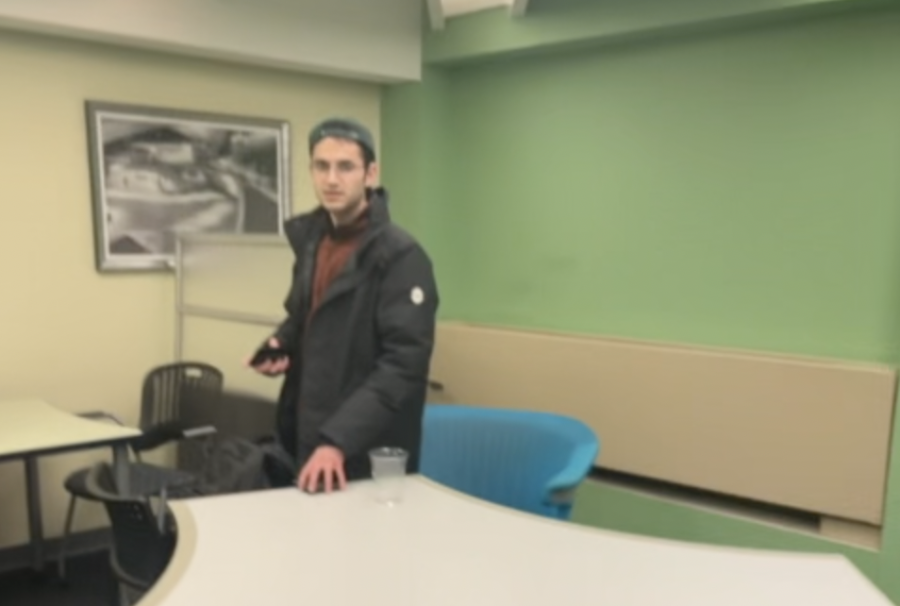 The identity of the man who trespassed upon the Rubin Hall dorm has been identified as Ahmed Mabrouk. (Image courtesy of Nicola Verani)

A police report filed by NYU named Ahmed Mabrouk as the intruder who entered Rubin Hall and interacted with several NYU students in and around the dormitory last month. Mabrouk has not been apprehended by the New York City Police Department.

WSN previously reported that an unidentified male entered Rubin Hall — an NYU residence hall at 35 Fifth Ave. — on at least three occasions. He stayed in the dormitory’s lounges overnight twice between April 6 and April 10, according to several residents. Mabrouk claimed to be a graduate student and approached residents. He also followed female students as they left the residence hall.

The report described Mabrouk as a 5-foot-6 male with black hair, but said that all other descriptive information is unknown. Mabrouk is described as a former student and a known perpetrator. The offense is listed as criminal trespassing and could result in a misdemeanor if he is convicted. Some students are still worried because Mabrouk is not yet in police custody.

“Since the intruder has not been apprehended, it still makes me feel unsafe,” said a resident, who requested to remain anonymous due to safety concerns. “Sometimes I even catch myself thinking about how he could be anywhere when I’m doing simple things in Rubin like taking out my trash or going into the elevator.”

Another student said they believe Mobrauk might have already been apprehended by the police if Campus Security at Rubin Hall took immediate action after the first time the intruder was spotted in early April.

“The delayed action resulted in him not being caught,” said a student, who asked to be anonymous due to safety concerns. “Since he is not caught, he could easily intrude other NYU dorms or even other universities in the area.”

Rubin Hall leadership previously apologized to Rubin Hall residents for the inadequate response to the intruder. Campus safety head Fountain Walker also apologized and said the department fell short. One officer involved in the incident has since resigned and other officers are being investigated by Campus Safety.

Two residents that had previously interacted with the intruder said they have not seen him since their first encounters in April. Both residents believe that NYU needs to act in order to prevent future breaches from occurring, stating that the university could take steps such as evaluating the performance of Campus Safety officers or increasing the presence of officers in dormitories.

“NYU should increase security in all residence halls and have security officers patrolling the floor at all times,” a resident said. “NYU should also train officers to ensure that they are paying attention to the people tapping in and match their faces to the ID they have used to enter.”