For a second time, Gov. Kathy Hochul postponed a rule requiring nail salons across New York City to install a ventilation system for the next six months, leaving nail technicians and advocates fearful for their safety. 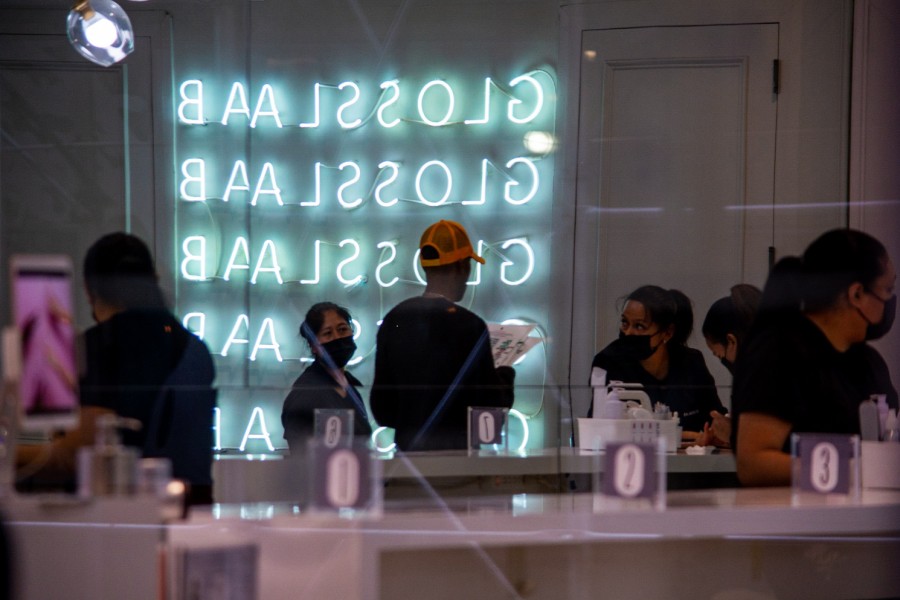 GLOSSLAB is a nail salon with multiple locations throughout New York City and the United States. (Staff Photo by Manasa Gudavalli)

While working as a manicurist for a decade, Blanca Vidal was exposed to chemicals known to cause side effects such as skin irritation, headaches, cancer, and liver and kidney damage. Vidal, who now is an advocate for the New York Healthy Nail Salons Coalition, has been fighting for improved working conditions in nail salons across New York City — measures that she was not granted during her career.

“There was no protection, there were no rights — they didn’t give us gloves or masks,” Vidal said. “After some advocacy campaigns were launched, they started to give us some of the equipment, and we’re only talking about some 10% of salons in New York.”

But Vidal’s push for new safety measures in the industry has been met with resistance from New York state. On April 21, Gov. Kathy Hochul for the second time delayed regulations — until at least October — that would require the installation of ventilation systems in nail salons, citing concerns about overburdening business owners.

“There is a real choice here,” said Daisy Chung, an advocate for nail technicians with the NYHNSC. “The interests of business owners are being prioritized over worker health and safety.”

The original law for increased ventilation, which was passed in 2016, allowed nail salons to comply with the requirement within a five-year period. The first postponement of the bill in October 2021 extended the deadline to April 2022.

The Occupational Safety and Health Administration lists 12 chemicals in nail salons known to have either acute or chronic health effects, and the risk of developing side effects increases given longer exposure to chemicals. According to OSHA, proper ventilation can halve the risk of chemical exposure.

Vidal said it is common for mothers to bring their children to work during their shift, exposing them to commonly used chemicals in salons. Vidal, who also helps new nail technicians become certified in cosmetology, said that elected officials have been hypocritical in failing to pass new regulations — the state banned the use of standard acrylic fluid during the licensing exam but has not passed similar protections for nail salons.

“They banned regular acrylic because it smells too strongly, it causes headaches,” Vidal said. “They don’t want to expose the state licensing people to the smell. And I can’t believe that they fail to consider that nail salon workers are breathing in that same acrylic for more than eight hours. In reality, they’re working 10 to 11 hours — and they’re breathing in those products every day.”

Some nail salons throughout New York City have been taking steps to improve working conditions on their own. Carmen Landinger, a CAS sophomore and employee at GLOSSLAB, said her salon is careful when it comes to protecting the health of its employees.

“We don’t do acrylics, so then we don’t use drills, which is very different from other places because they would use that drill and then from that drill come the little particles,” Landiger said. “There’s also a ventilation system and they actually make us, every morning, take pictures of it to show that it’s turned on.”

Both Vidal and Chung have lobbied for the creation of a minimum standards council composed of workers, owners and advocates to help enact city policies and establish a baseline for worker’s rights in the salon industry. A bill to establish the council is waiting to be voted on by the labor committee in the New York State Senate.

“We can’t address this problem if it’s a few employers that are doing this,” Chung said. “We really need to build a new foundation for this industry. It can’t keep operating in this manner where workers’ rights are being violated, where workers’ health and safety are not being respected.”

Vidal said that, despite recent setbacks, she still sees a safe future for the nail industry.

“I am going to keep fighting because we want there to be change for all of the workers,” she said. “When I started, there were many violations. I got to the point where I even filed a lawsuit. We need to improve the industry for the new workers because new workers are coming.”