The university announced on Wednesday that mask wearing will be optional effective immediately in residence hall lounges, gyms, and non-mandatory events and meetings, as well as in common areas and lounges in the Kimmel Center for University Life. Masks will still be required in many areas where attendance is mandatory. 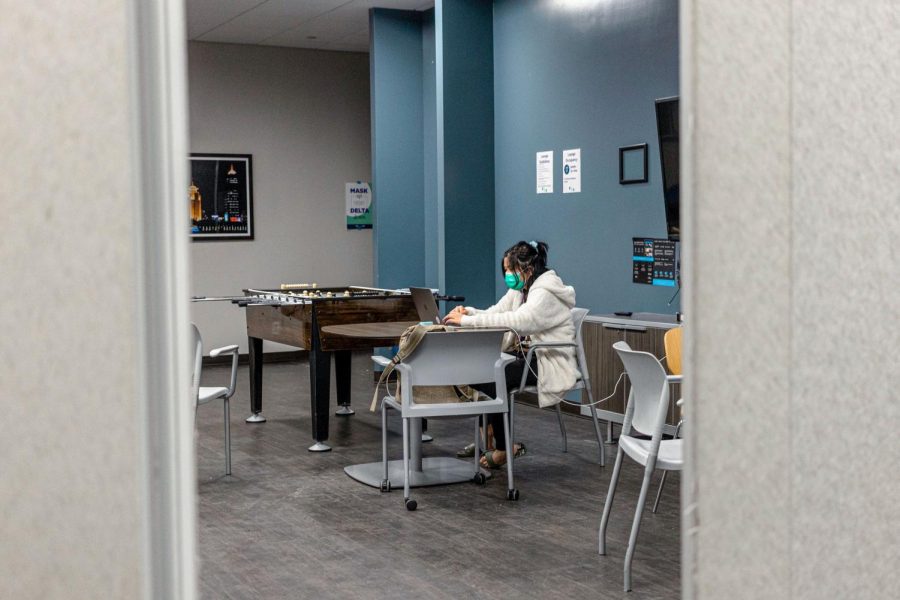 NYU eased its indoor mask mandate on Wednesday, March 30, the university announced in an email to the community. Mask wearing will be optional in residence hall lounges, gyms, non-mandatory events and meetings, and the Kimmel Center for University Life common areas and lounges.

Mask wearing will still be required in classrooms, workplaces, libraries, university transportation, healthcare settings, and meetings and events where attendance is obligatory.

NYU spokesperson John Beckman explained the rationale behind the university’s decision in an email to WSN.

“Given the CDC’s indicators for community health levels, NYC’s alert level, the changes the City and State have made to certain prior mandates, and our community’s high level of boosted vaccination, the University concluded that easing some of the mask-wearing requirements NYU has had in place now was in line with the prudent approach to health decision-making that has served us well over the past two years,” Beckman said.

University travel policies will also become less strict, according to the email sent around 5 p.m. from NYU provost Katherine Fleming, executive vice president Martin Dorph and NYU’s COVID-19 Prevention & Response Team head Carlo Ciotoli. Faculty and staff travel does not need to be approved by the university’s travel review committee. However, faculty members and staff who decide to travel must be fully compliant with NYU’s vaccination requirement, and university-sponsored student travel must still be submitted to the committee and accepted.

“Over the coming days and weeks, we will be continuing to monitor campus and city public health data; barring any radical changes in the public health landscape, we anticipate being able to ease mask-wearing restrictions further,” the email reads.

The announcement follows NYU’s decision on March 5 to lift some of its COVID-19 restrictions, allowing community members to eat indoors at non-mandatory events. Time restraints and capacity limits on university-affiliated events were also eliminated.

The decision also comes as cases begin to increase in New York City due to the BA.2 subvariant, a more transmissible version of the omicron variant that is now the dominant strain in the United States. Between March 21 and March 27, the COVID-19 positivity rate on campus was 2.80%, a more than twofold increase from 1.06% the previous week.

The daily average COVID-19 positivity rate in New York City has also risen slightly, up to 2.37% over the past week from 2.16% over the past month. The BA.2 variant accounted for over half of COVID-19 infections last week, according to the Centers for Disease Control and Prevention. Mayor Eric Adams ended the mask requirement for New York City public schools on March 7 after Gov. Kathy Hochul lifted the New York State mask mandate in public schools on March 2.

Ciotoli previously said that the university would re-evaluate its mask mandate in the weeks following spring break, which ended on March 20, during a town hall meeting.

Update, 6:25 p.m.: This article was updated to include a statement received from an NYU spokesperson.