Members of Manhattan Community Board 2 discussed community safety, armed crimes and NYU’s impact on the surrounding community at its Feb. 17 meeting. 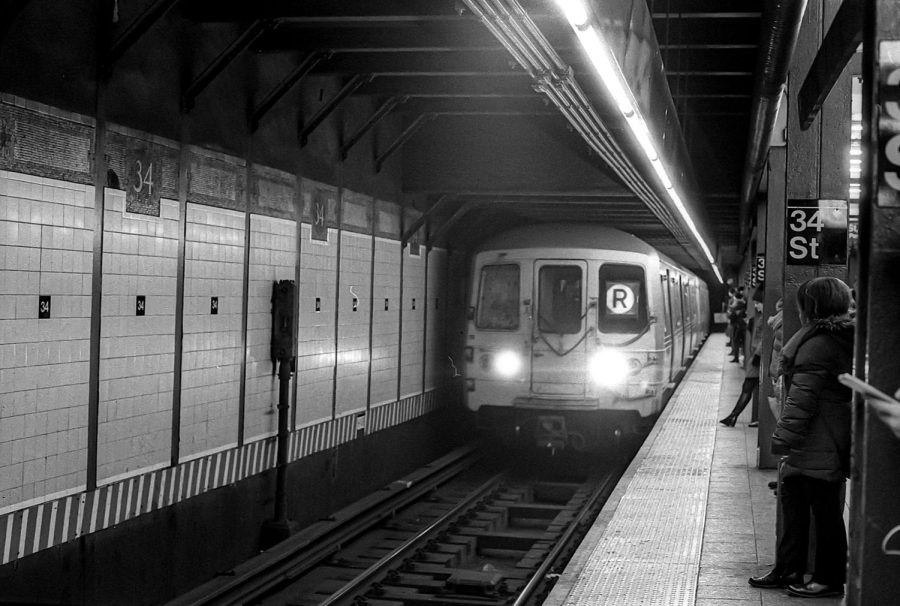 Manhattan Community Board 2 met on Feb. 17 to discuss subway safety, armed crime and NYU's impact on the community. The board represents Greenwich Village and neighboring areas. (Staff photo by Ryan Walker)

Manhattan Community Board 2, which represents Greenwich Village and neighboring areas, discussed 181 Mercer St., the resurgence in gun violence and increase in crime in New York City at its virtual meeting on Feb. 17. The board also spoke with Alvin Bragg, the newly elected Manhattan district attorney.
Board continues to hold NYU accountable for 181 Mercer promises
The board revisited the impact of 181 Mercer St. on the Greenwich Village community. The community board is currently sending memos to NYU to ensure the university upholds its promise of listening to local residents about expansion.

The building is slated to open in fall 2022. The initial design, which includes student and faculty housing, classrooms, gyms, performing arts studios and dining spaces, was announced in 2007 as part of the NYU 2031 expansion plan. In 2012, the community board filed a lawsuit against the expansion efforts alongside 10 other community organizations.

A joint letter signed by several local politicians urged NYU to help relocate Morton Williams, which serves more than 3,000 customers every day and is the primary grocery store in the area.
City officials crack down on gun violence
Bragg outlined his plans to combat gun violence in New York, which he said includes human intelligence and technology to locate people with guns. Bragg said his team will focus on gathering data about suspects in order to understand the underlying socioeconomic conditions that lead to increased crime.

“We are zeroing in on people who have a history of having done domestic violence, and we want to particularly get guns out of those people’s hands,” Bragg said. “The threat that was for all of these priorities is the uptick — you’ve seen them during the pandemic, gun violence, domestic violence, commercial robberies and hate crimes. We are driving resources to these issues.”

Gun violence in New York City increased last year, with 1,562 reported shooting incidents in 2021 compared to 1,532 in 2020. Mayor Eric Adams announced his “Blueprint to End Gun Violence” on Jan. 24, but less than three weeks later, five people were shot and killed within 48 hours. In early February, President Joe Biden met with Adams and Governor Kathy Hochul in New York City to discuss the rise in crime.

Olivia Glen-Rayner, the community liason for U.S. Rep Jerrold Nadler (D-N.Y.), said that Nadler met with Biden to discuss gun violence in New York City. He plans to partner with the Department of Justice to launch a national initiative against ghost guns, which have no serial number, making them untraceable.

“The program would train prosecutors to bring cases against people who use homemade or makeshift firearms that lack serial numbers to commit crimes,” Glen-Rayner said. “The Department of Justice is also adding additional staff to its task force that targets gun trafficking through the iron pipeline, which funnels firearms from southern states to big cities like New York.”
Residents debate the handling of local crime
Community board chair Jeannine Kiely introduced concerns from residents about safety in Washington Square Park. She said the park faces heightened drug dealing, drug use, theft, skateboarding, bike riding and refusals to leave at midnight.

“Given the current scene, many people are less comfortable in the park,” Kiely said. “The police ricochet between coming down hard and just doing nothing.”

Bragg vowed to present the matter to other community boards and precincts, as well as coordinate with senior leadership of the New York City Police Department.

During the meeting, Christopher Marte, a city council member representing New York’s 1st District, also called to halt the construction of a new mega jail in the heart of Chinatown. The 40-story jail, which is set to replace the current Manhattan Detention Complex by 2027, has been strongly criticized by Chinatown residents, who believe the city should instead invest in education, mental health resources and health care. They say the plan will hurt the entire densely populated area, including local businesses.

Many community members want the existing prison to be renovated rather than destroyed. Ian Wang, Marte’s legislative director, said that the councilmember and several community leaders are meeting with the mayor to oppose the jail’s construction.

James Lu, a community liaison at the New York State Assembly, later gave a speech in remembrance of Christina Lee, who was stabbed in her Chinatown apartment on Feb. 13. Lee’s killing is part of a massive rise in violence against Asian Americans in New York City, as well as throughout the country.

“Her loss is a loss for an entire community, and we mourn her as one of our own,” Lu said. “The time for action is now more than ever. The [Asian American and Pacific Islander] community needs our non-Asian leaders to stand up and demand meaningful action amid this wave of deadly violence.”

Manhattan Borough President Mark Levine then opened discussion about the recent spike in subway crime. In light of the killing of Michelle Go on Jan. 15 and the citywide rise in violent crimes in subway stations, Levine is one of several local politicians urging the MTA to install protective screen doors.

Following the push by local politicians for subway doors, the MTA published a 3,000-page report detailing why the installation of subway screens would be too difficult to achieve due to platform accessibility and the narrow shape of some stations.

Levine said that subway screens will reduce the likelihood of all subway safety incidents. He asked community residents to send him suggestions regarding where they believe screen doors should be installed.

The next full board meeting will take place in mid- to late March.