A suspect has been arrested in connection with the September shooting of an NYU student at the university’s Brooklyn Campus. The suspect and 16 other alleged gang members stand accused of a series of armed assaults and murders. 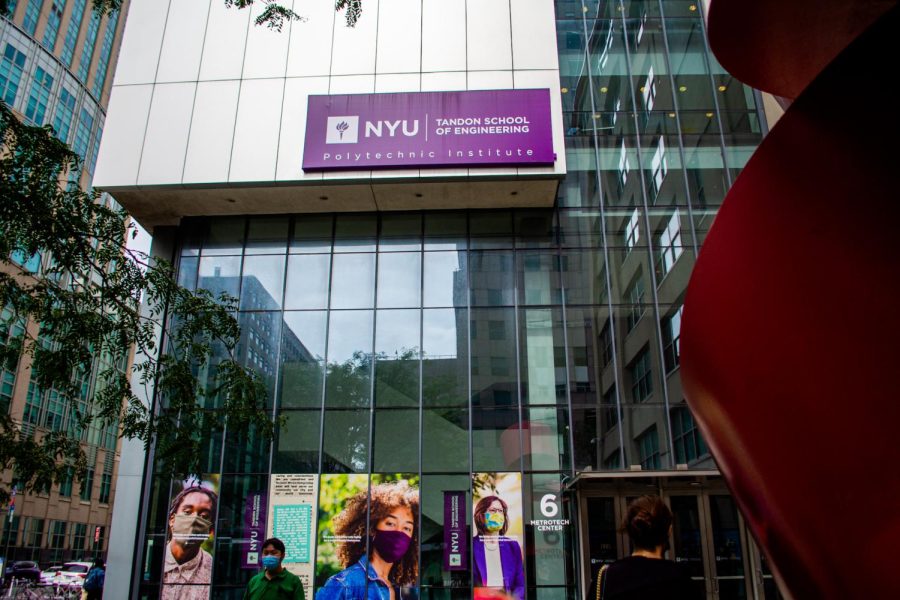 An NYU student was shot in the arm outside of a building at the Tandon School of Engineering on Sept. 21. The 17-year-old suspect was arrested yesterday, Jan. 4. (Staff Photo by Manasa Gudavalli)

The 17-year-old who allegedly shot an NYU student on the university’s Brooklyn campus in September was arrested on Jan. 4. He was indicted along with 16 other alleged gang members, who together stand accused of a series of armed assaults, shootings and murders that resulted in four deaths and 10 injuries, according to the Brooklyn District Attorney’s office.

On Sept. 21, an NYU student was shot in the arm outside of a university building in Brooklyn. The student was hospitalized, but returned to class days later and made a full recovery. During the incident, members of the university community were notified of police activity in the area via an NYU emergency alert.

The student was hit when the 17-year-old suspect — allegedly a member of a gang called Fear No One — fired shots at a former member of Fear No One who now belongs to a rival gang, Brooklyn District Attorney Eric Gonzalez said in a press release on Jan 4. Gonzalez said the series of shootings was particularly disturbing because many of the defendants are teenagers.

“We must engage with our young people and help to keep them on the right path,” Gonzalez said. “They must learn that there is another way to live beyond the gang life and be given the tools and services to help them succeed. I am committed to doing both: aggressively prosecuting shooters and partnering with community-based groups that work with our youth to prevent future violence.”

In the aftermath of the shooting, Tandon Dean Jelena Kovačević and head of campus safety Fountain Walker held a town hall addressing student and faculty concerns and questions about NYU’s response. At the town hall, Walker said the emergency text message alert sent by the university should have specified that gunshots were fired and acknowledged that official communication during the incident could have been clearer. Kovačević praised the student body for the support they gave to the victim and to each other following the shooting.

Since the incident, the university has taken measures to improve security, such as increasing the number of security officers at its Brooklyn campus and joining the MetroTech Public Safety Committee, a task force seeking to bolster safety in the surrounding downtown Brooklyn neighborhood.

In an email announcing that the suspect had been arrested, Walker said that the incident was unsettling for all members of the NYU community and appreciated law enforcement efforts to solve the case.

“Since the shooting, the University has conveyed to the City its concerns for the safety of the University community and the safety of our neighbors,” Walker wrote. “Your safety is our highest priority, and we will continue to strive to protect our community. I hope that today’s outcome will bring a measure of comfort to the injured student, and a measure of reassurance to all those in NYU’s Downtown Brooklyn facilities.”