The University of Austin, founded in an effort to promote free speech, has generated a lot of media buzz — but has yet to open a physical location or gain accreditation. 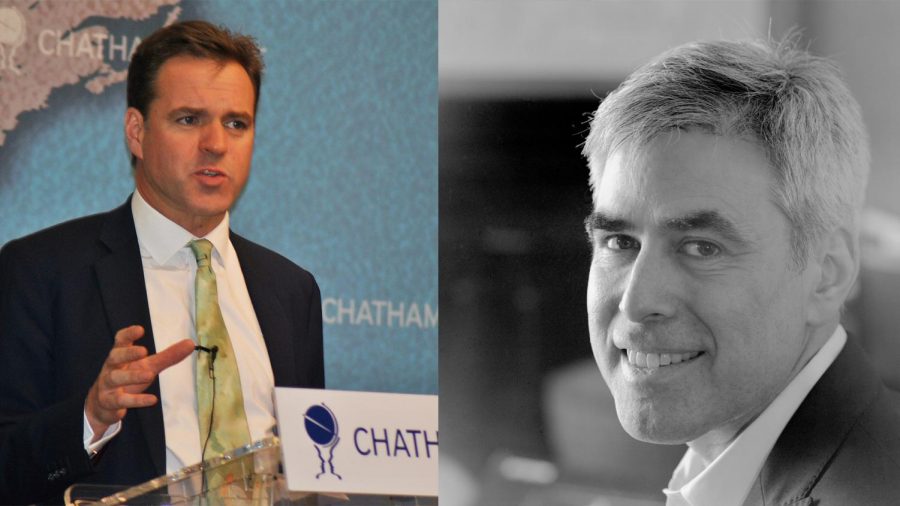 Two NYU Stern professors plan on starting an “anti-woke” university. The goal of the university is to promote “illiberalism” and “freedom of inquiry.” (Image via Wikimedia Commons and nyu.edu)

Two NYU professors are among a group of intellectuals who plan to form a university founded under “the fearless pursuit of truth.” Former Stern professor Niall Ferguson and current Stern professor Jonathan Haidt joined a group of intellectuals to oppose “illiberalism” and promote “freedom of inquiry” with the University of Austin, styled as UATX — which has no campus, course catalog, faculty or accreditation.

Without providing details, the college claims it seeks to launch a summer program next year, graduate programs by 2023 and an undergraduate college by 2024. Ferguson, who is an advisory board member and founding trustee of the university, described its founding as “the most hope-giving event in higher ed in years” on social media.

“The erosion of academic freedom and the ascendancy of an illiberal ‘successor ideology’ known to its critics as wokeism, which manifests itself as career-ending ‘cancelations’ and speaker disinvitations, but less visibly generates a pervasive climate of anxiety and self-censorship,” Ferguson wrote in a November Bloomberg opinion essay.

Ferguson has a long history of controversial remarks. In 2013, he criticized John Maynard Keynes for being gay and childless. He later apologized for his remarks, but claimed that accusations of homophobia are part of the “occupational hazards of public life nowadays.” Ferguson also suggested that so-called cancel culture in universities would have been unthinkable during his time as a student, and even during his earlier teaching career at NYU.

Ferguson also resigned from a senior leadership role in a Stanford University program after he sent emails to students urging them to conduct opposition research on a left-wing student activist.

“If you had told me when I was an undergraduate in the 1980s that American universities would be like this in 2020, I would not have believed you,” Ferguson tweeted in Sept. 2020. “Actually, I wouldn’t have believed you in 2002, when I moved from Oxford to NYU.”

Deirdre McCloskey, a professor at the University of Illinois Chicago and member of UATX’s board of advisers, also felt that a change in academia was necessary. She said students should feel comfortable to speak openly in classroom settings, and that universities’ fixation on identity politics takes time away from teaching and research.

“Academic life needs a kick in the pants, so to speak, and this is one way to achieve it,” McCloskey said. “In fact, in a way, our main job is to make you students uncomfortable in classes, in a polite way, of course, to challenge the ideas you come from high school with.”

Peter Boghossian, who recently resigned from his position as a philosophy professor at Portland State University, is now a faculty fellow at UATX. Along with two other colleagues, Boghossian fabricated and submitted 20 fake academic papers in 2018 as a hoax to make a point about contemporary academic journals. Four of the papers were published and were later retracted.

Boghossian and his collaborators in the hoax wrote that fields such as cultural and identity studies were “grievance studies” with the “common goal of problematizing aspects of culture in minute detail in order to attempt diagnoses of power imbalances and oppression rooted in identity.”

Boghossian said he believed suppressing professors’ ideologies is one of the major problems of academia. When asked about private universities like NYU, he said he was more concerned about public institutions because they receive greater funding from taxpayers.

“The president of Portland State University said that the highest priority of the institution was racial justice,” Boghossian said. “Now that’s an absolutely remarkable statement, a genuinely remarkable statement. Not budget, not publication, not teaching excellence, not retention, but racial justice. A private institution like Bob Jones University can make their mission statement anything they want to make. My primary concern is with public institutions.”

Correction, Dec. 15: A previous version of this article misstated Ferguson and Haidt’s stances on “illiberalism.” They are opposing it, not promoting it. The article has been updated to reflect the correction and WSN regrets the error.