The Soapbox: Journalism under attack 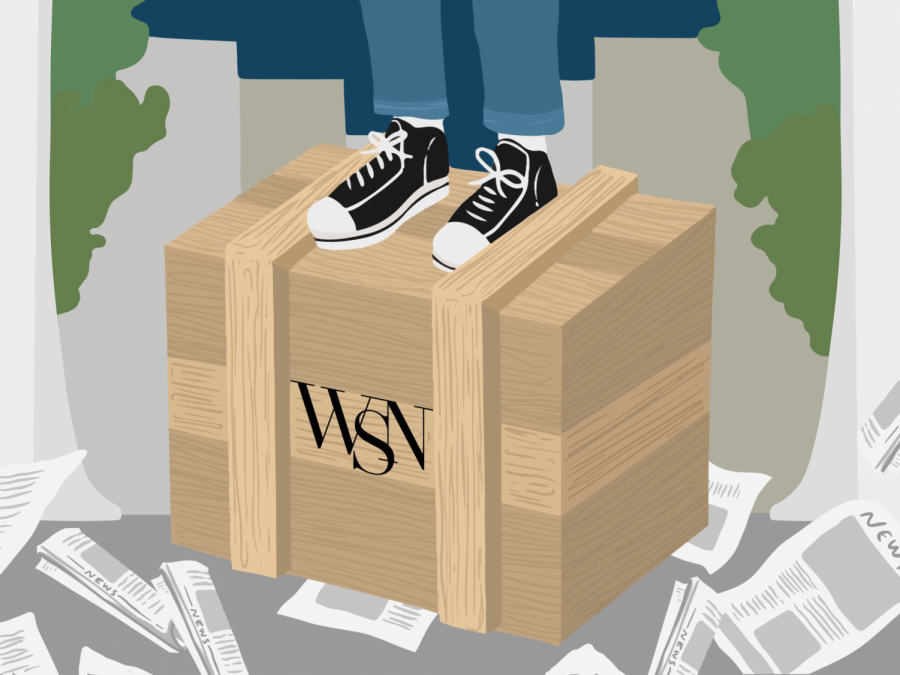 Around the world, a record number of journalists jailed

A record 293 journalists are currently behind bars around the world, according to a Dec. 9 report by the Committee to Protect Journalists. The number of imprisoned journalists rose by 13 in the past year, making 2021 the sixth year in a row that the CPJ has recorded more than 250 jailed journalists worldwide.

China jails the most journalists of any country, holding at least 50 behind bars as a direct result of their coverage. Myanmar, Egypt, Vietnam and Belarus round out the rest of the top five. A CPJ database also shows that at least 24 journalists have been killed for their coverage so far this year.

“Emboldened autocrats are increasingly ignoring due process and flouting international norms to keep themselves in power,” the CPJ wrote in an analysis of its data. “In a world preoccupied with COVID-19 and trying to prioritize issues like climate change, repressive governments are clearly aware that public outrage at human rights abuses is blunted and democratic governments have less appetite for political or economic retaliation.”

In China, a “war on journalism”

The independent press in China is facing an all-out assault by the government of President Xi Jinping, according to a major report released Tuesday by global press freedom watchdog Reporters Without Borders.

2021 is the third year in a row that the CPJ has named China the world’s worst jailer of journalists. While the CPJ says it was able to confirm that 50 professional journalists are imprisoned for their work in China, Reporters Without Borders’ tally suggests that at least 127 professional reporters and citizen journalists are behind bars there.

For the first time ever, the CPJ’s tally included journalists imprisoned in Hong Kong. Following Beijing’s passage of the so-called National Security Law in 2020 — which curtailed Hong Kong’s independence, criminalized political organizing and sparked massive protests on the streets — at least eight journalists were jailed.

Beyond imprisonment, Reporters Without Borders’ report describes a range of tactics the Chinese government uses to intimidate reporters and censor the press. In October, authorities announced that government-accredited journalists will have to undergo more than 90 hours of political training per year on “Xi Jinping Thought.” Since 2019, journalists in China have been required to download a state-owned smartphone application known in English as “Study Xi, Strengthen the Country” in order to receive and renew their press credentials. According to surveillance experts, the propaganda app allows the government virtually unlimited access to users’ phones.

“Since President Xi Jinping came to power in early 2013, the Chinese Communist Party has drastically tightened its control over journalists,” the Reporters Without Borders report stated. “No matter the topic, those who refuse to comply with the official narrative are accused of harming national unity. The simple act of investigating a topic considered taboo or publishing censored information can result in years of detention in unsanitary prisons, where ill-treatment can lead to death.”

In France, a red herring in Khashoggi’s killing

This week, French authorities briefly detained, then released, a Saudi Arabian man whom they suspected of being part of the hit squad that assassinated journalist Jamal Khashoggi.

Khashoggi, a Washington Post columnist who was often critical of Saudi crown prince Mohammed bin Salman, was killed and dismembered inside the Saudi consulate in Istanbul in 2018.

The arrested man, Khalid Aedh al-Otaibi, shares a name with one of 15 Saudi agents accused by the United Nations of carrying out and subsequently covering up Khashoggi’s killing. Shortly after his arrest, however, the Saudi embassy in France condemned his detention, saying the real al-Otaibi is being held in a Saudi prison. A Paris court released the man Wednesday, confirming that he was not the subject of an international arrest warrant issued by Turkish authorities in 2018, Le Figaro reported.

Before and after his killing, people close to Khashoggi were targeted with spyware known as Pegasus, according to The Guardian. Recent discoveries show that he was among more than 180 editors, investigative reporters and other journalists around the world who have been targeted for government surveillance using NSO-made spyware.

More than three years after the assassination, accountability has remained elusive. Agnes Callamard, the U.N.’s watchdog on extrajudicial executions, has called Saudi Arabia’s official investigation of Khashoggi’s death “the antithesis of justice.” A Turkish court is currently trying 26 Saudi nationals in absentia — but the political neutrality of the trial has been questioned by Reporters Without Borders.

In Myanmar, a coup brought a media crackdown

In 2020, under democratically-elected head of state Aung San Suu Kyi, no journalists were imprisoned in Myanmar. But as of December 2021, in the aftermath of the Feb. 1 military coup that deposed the country’s civilian government, at least 26 journalists are incarcerated there for their coverage.

Last month, American journalist Danny Fenster was briefly ordered to be jailed by a military court. Fenster faced charges over his work for news agency Myanmar Now, which has been critical of the military. He was sentenced to 11 years in prison on Nov. 12. But just days later, following continued pressure from the Biden administration and a visit from former U.N. ambassador Bill Richardson, the military junta pardoned Fenster on “humanitarian grounds,” the BBC reported.

The CPJ says the actual number of jailed journalists in Myanmar could be much higher than it was able to confirm, since many newsrooms are reluctant to identify their staff due to fears that they will face harsher penalties in military courts if they are known to be journalists.

“The military regime thinks they can hide their wrongdoing by threatening and arresting independent journalists,” Democratic Voice of Burma chief editor Aye Chan Naing told the CPJ by email. “They never succeeded in the past decades and they never will.”
Contact Suhail Gharaibeh at [email protected]