Michael Steinhardt’s possession of stolen antiquities has led 26 professors from the department of Media, Culture, and Communication to demand their school be renamed — with some asking why such action was not taken following sexual assault allegations in 2019. 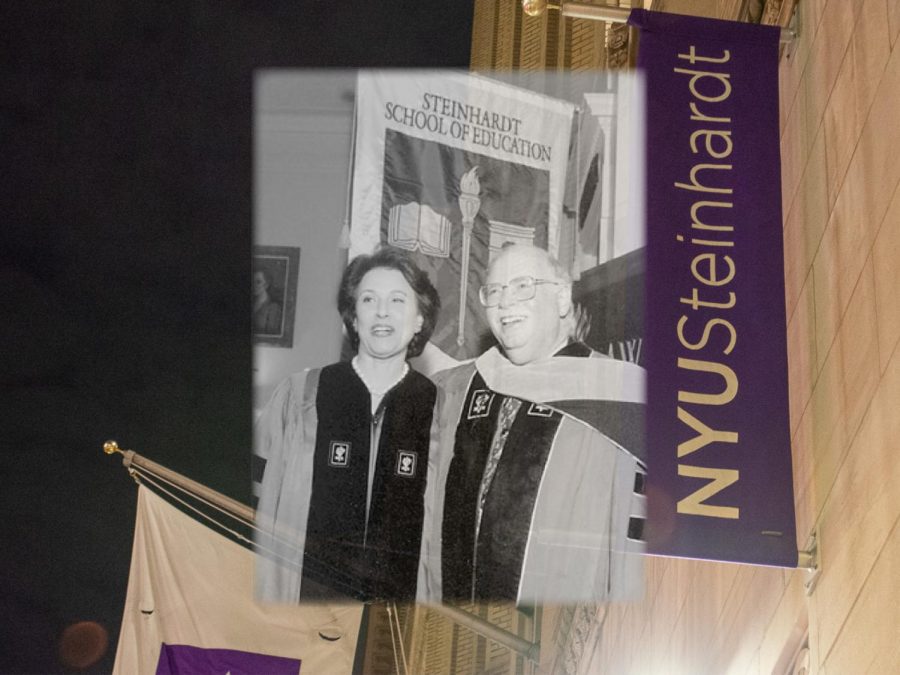 Michael Steinhardt, after whom NYU Steinhardt is named, was recently ordered to surrender $70 million worth of stolen antiquities. This, coupled with sexual assault allegations, have driven the Department of Media, Culture and Communication to demand that their school be renamed. (Staff Photo by Manasa Gudavalli, Image via Wikimedia Commons)

Twenty-six professors from the department of Media, Culture, and Communication issued a statement denouncing the name of the Steinhardt School of Culture, Education, and Human Development, after news broke of Michael Steinhardt surrendering $70 million worth of stolen antiquities. The letter also declared that many faculty will remove the school’s name from their email signatures, websites and other public profiles.

“We think it is time for the deans of the School of Culture, Education, and Human Development and the trustees of New York University to reconsider our association with the name Steinhardt,” the statement reads.

The faculty of the MCC department join the undergraduate and graduate Steinhardt student governments, who released a statement on Dec. 7 calling for the school to be renamed. The following day, the board of trustees announced that they will begin an inquiry into Steinhardt’s conduct.

“What sways the trustees has little to do with students and faculty input,” Marita Sturken, one of the MCC professors who penned the statement, said. “That is the sad reality. It has implications for all of them to decide to take his name off the school — it’s operating in a different stratosphere around questions of reputation.”

Sturken, who researches the relationship between cultural memory and national identity, emphasized the importance of returning the antiquities to their original owners. She said that the prestige that comes with owning this art leads collectors like Steinhardt to overlook their potentially unlawful origins.

“One of the things I found interesting was the strategy used by the district attorney,” Sturken said. “It facilitated the return of the artifacts rather than tying them up in courts for years. I think repatriation is a really important global cultural aim.”

NYU faced criticism after deciding to preserve the Steinhardt School’s name in 2019 despite six women unaffiliated with NYU accusing him of sexual harassment. Nicholas Mirzoeff, one of the writers of the MCC statement, said that the accusations should have meant that “time’s up” for Steinhardt.

“I always believed all the women who made statements implicating Michael Steinhardt in 2019,” Mirzoeff said. “The university opted to take a very technical position on the guilt, or otherwise, of his actions. We shouldn’t be having this conversation in the first place.”

Steinhardt dean Jack H. Knott released a statement to the school on Dec. 9 promising that the results of the DA’s investigation will be taken seriously by NYU administrators. Mirzoeff hopes that this will be the case.

“We have a break coming up, and often university politics sort of stops — something that was an issue in the fall is no longer an issue in the spring for reasons I never quite understood,” Mirzoeff said. “We do want to revisit and make sure that when we come back, that this is not swept under the carpet.”