Responding to backlash over the results of a criminal investigation into prominent trustee and donor Michael Steinhardt, NYU’s board of trustees announced that it will begin an inquiry. 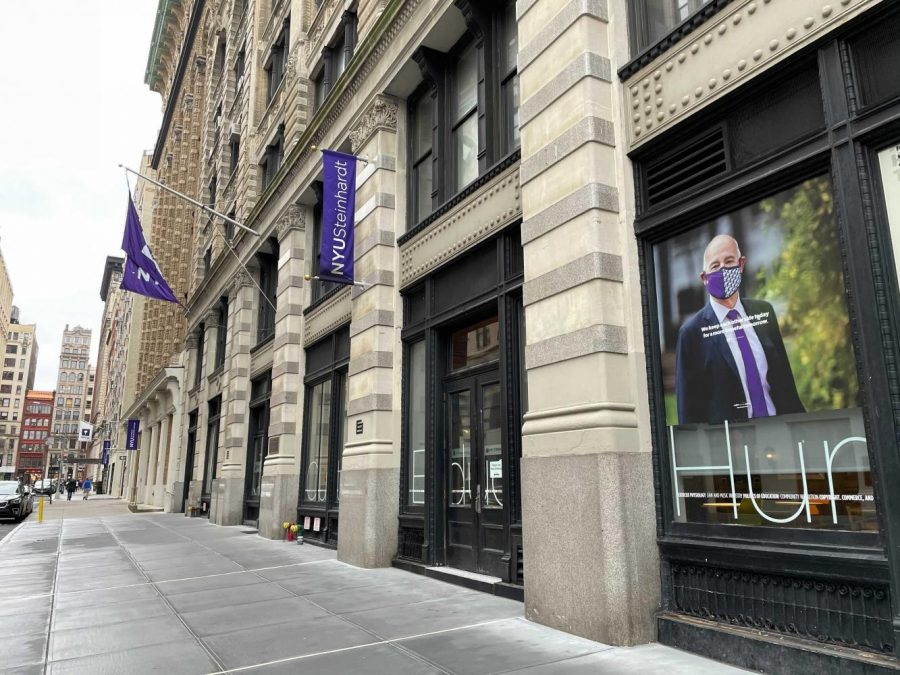 Michael Steinhardt, after whom NYU Steinhardt is named, was recently ordered to surrender $70 million worth of stolen antiquities. Steinhardt student groups are demanding the name be removed after a similar demand was ignored after Michael Steinhardt’s sexual harrassment case in 2018. (Staff Photo by Nicolas Pedrero-Setzer)

NYU’s board of trustees said they will initiate an investigation into the conduct of Michael Steinhardt, namesake of the Steinhardt School of Culture, Education, and Human Development, after he surrendered $70 million worth of stolen antiquities, according to a statement from NYU spokesperson John Beckman on Wednesday.

“The NYU Board of Trustees was troubled to read the details of the Manhattan District Attorney’s investigation into Michael Steinhardt’s collection of antiquities,” Beckman wrote. “The Board will be looking into the matter to determine what steps may be warranted.”

The announcement came two days after Manhattan District Attorney Cyrus Vance Jr. found that Steinhardt possessed 180 stolen relics — many of which were taken from countries following periods of civil unrest and war.

The executive boards of the undergraduate and graduate student governments at Steinhardt also released a joint statement on Tuesday denouncing Steinhardt’s actions and are looking to take action into the matter.

“The Executive Boards of the USG and GSO will not stand idly by whilst our school’s name — our community’s identity — becomes tainted by Steinhardt’s abhorrent actions,” the statement reads. “We cannot strive to be leaders in Culture, Education and Human Development if the very name we bear belongs to someone whose actions so deeply contradict the values we hold.”

Steinhardt undergraduate president Anthony Cruz said the board’s statement is a step in the right direction and affirmed his support for a renaming.

“I think this empowers both student governments to continue our action while the board conducts its review,” Cruz said. “I’m hopeful that the board will realize the extent to which continuing to have Steinhardt’s name as a part of the school’s identity will only harm our reputation as a school that’s focused on things like studying art and the history of global cultures.”