Although news of a new public school to be built on a Bleecker Street NYU plot was well-received overall, some Village residents protested that it will result in the closure of a supermarket. 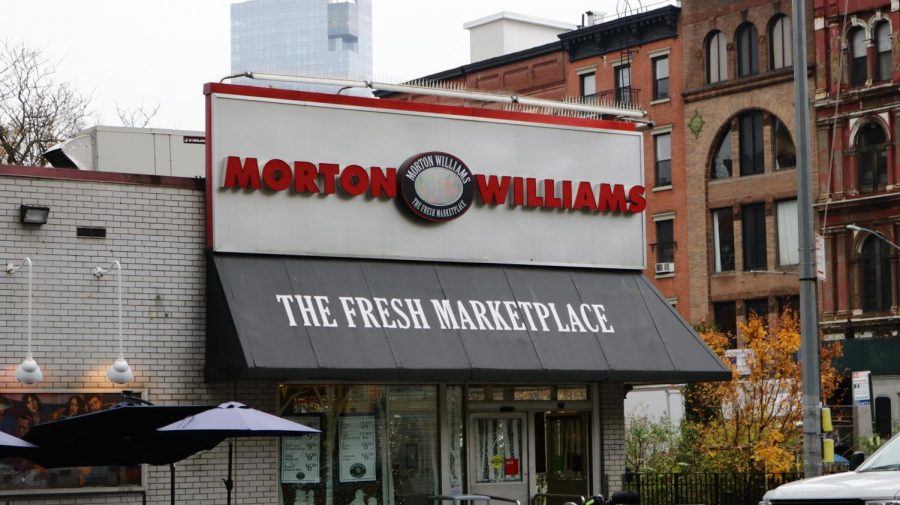 The Morton Williams supermarket is located on 130 Bleecker St. It will soon be replaced by a public school on a lot owned by NYU. (Staff Photo by Shaina Ahmed)

New York City’s School Construction Authority made plans to construct a new public school at 130 Bleecker St., located on NYU’s Washington Square campus, on Nov. 9. Construction is slated to begin by the end of 2023.

The original plan was to construct the school on the lower level of the university’s then-planned 130 Bleecker St. building, which was part of NYU’s abandoned 2031 expansion effort. Since the building has since been removed from the university’s expansion plan, the public school will take up the entire $65 million lot, which NYU has agreed to turn over to the city. The public school will now occupy a 100,000-square-foot space and is set to serve special-needs students citywide.

“We welcome the addition of a school in our neighborhood, as we would imagine would many members of the NYU community,” Keogan wrote to WSN.

Some Greenwich Village residents, however, are concerned about the removal of a Morton Williams supermarket which currently leases the 130 Bleecker St. site from NYU and served many neighborhood residents — including NYU students and faculty who patronize the supermarket due to its accessibility and affordability.

According to the supermarket’s owner, Avi Kaner, the store sees approximately 3,000 customers daily. No plans have been made for its relocation.

“This is the only Morton Williams in this area, and Morton Williams is historically the cheapest grocery store in New York,” Greenwich Village resident Cole Dinucci said. “It’s also 24 hours, and I don’t know what the school provides for the community.”

Steinhardt professor Mark Crispin Miller, who leads NYU Faculty Against the Sexton Plan, a group fighting against NYU’s expansion, was found shopping at the supermarket and shared his concerns. Miller is a controversial figure within the NYU community and has been accused of merchandising conspiracy theories.

“It will further damage the neighborhood and make NYU’s neighbors even angrier at the university than they already are, which is an accomplishment because they have been fighting NYU’s expansion really since the ’40s,” Miller said.

Miller said that since another supermarket two blocks away closed during the pandemic, Greenwich Village residents will now have even fewer grocery store options.

“NYU should at least pretend to care about the people living around the school, including most of the faculty, and provide a suitable replacement for this Morton Williams,” Miller said.

In a statement to WSN, Kaner said that either NYU should provide space for a supermarket at its nearby under-construction 181 Mercer Street building, or the city should allow a supermarket to remain on the lower level of the proposed public school.

Dinucci was ambivalent — he said that the supermarket is important to him, but understands why the space is being used to expand New York City’s public education system.