Steinhardt student governments call for school to be renamed

The undergraduate and graduate student governments at the Steinhardt School of Culture, Education, and Human Development are penning a joint letter asking for the Steinhardt name to be removed from the school. 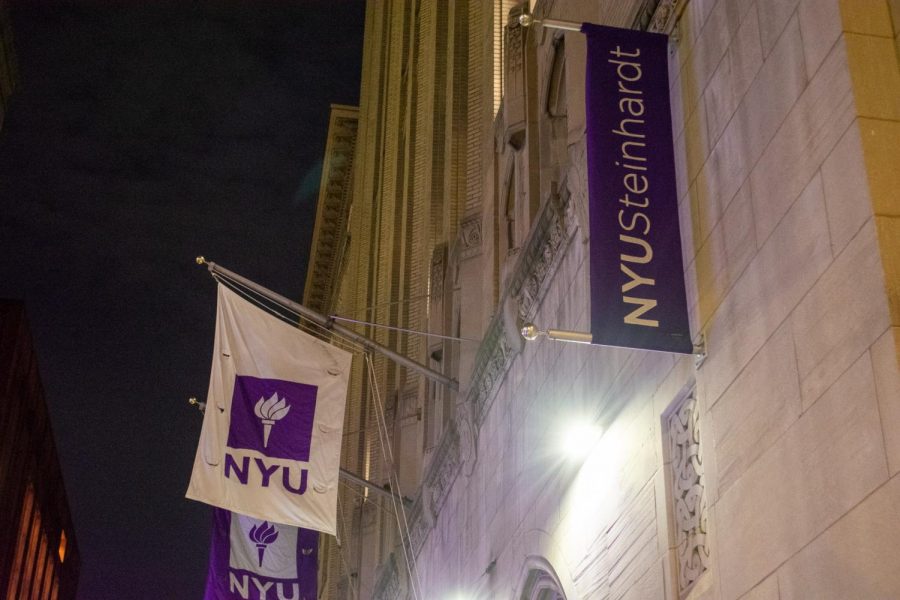 The Steinhardt School of Culture, Education, and Human Development student governments are campaigning for removal of the Steinhardt name. This comes after Michael Steinhardt was ordered to surrender $70 million of stolen antiquities. (Staff Photo by Manasa Gudavalli)

One day after Wall Street financier Michael Steinhardt was ordered to surrender $70 million of stolen antiquities following an investigation by the Manhattan district attorney, the student governments of the Steinhardt School of Culture, Education, and Human Development are campaigning for the removal of the Steinhardt name from the college.

“We are really emphasizing again how his actions and his behavior really go against the very core of the mission and the values that we should have as a school and as an institution,” Cruz said. “The statement will only be the beginning of what we imagine will develop into a joint campaign for both USG and GSO and creating some sort of public facing campaign with both students and faculty so we can really turn it into action over the next coming weeks and months.”

The student governments denounced Michael Steinhardt’s conduct over the past years, including his incrimination in the district attorney’s stolen art investigation and the sexual harassment allegations leveled against him in 2019. Cruz said he was unsurprised when he heard about the investigation into Steinhardt’s art collection.

“Of course, I didn’t know that Michael Steinhardt had committed such egregious cultural violence upon so many different countries,” Cruz said. “But given what took place with him in 2019, with the allegations of sexual harassment, and just the general nature, I think my personal viewpoint is that if someone is a billionaire, their morality kind of dwindles.”

Steinhardt junior Olivia Hughart said she believes that the stolen antiquities are yet another reason why Steinhardt’s name should be removed from the school.

“I think that a lot of other students at NYU are also going to feel similarly about renaming the school,” Hughart said. “We want our school to be represented by people that we all see as leaders.”

Melchior Lee, a Steinhardt junior, said that he wishes there was more progress made after the sexual harassment accusations.

“The only thing I heard about him was the sexual harassment claims a few years ago, when I started going here,” Lee said. “I never heard about any petitions or any immediate action happening, mainly just word of mouth. It mostly came from other people just talking about it.”

Cruz believes that the harassment claims, which came from people unaffiliated with NYU, did not result in the renaming of the school because NYU conducted an internal investigation into Steinhardt’s actions specifically toward members of the community.

“Now with this, I do think that this creates another level of evidence of the character and reputation of Michael Steinhardt,” Cruz said. “Having someone be the namesake of our school that has committed actions polar opposite of what we teach on those very same topics to students, I think it would really be a disgrace.”