Presidents Council Vice-Chair Anthony Cruz resumes discourse over a resolution to add voices of the larger NYU community to the board. 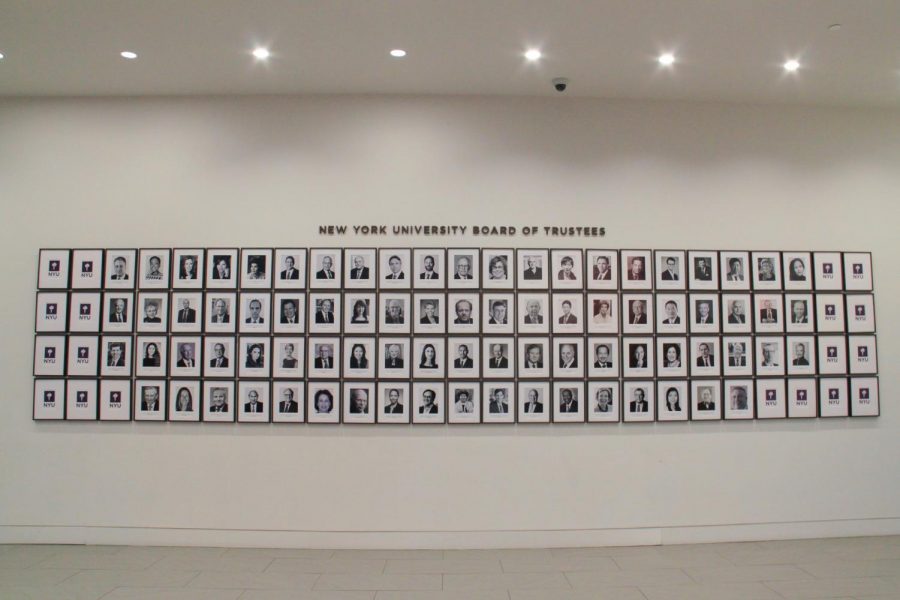 NYU’s Student Government Assembly pushes for more student, faculty, dean and administration representation on the NYU board of trustees again this fall. The original proposal was rejected by the board in 2018. (Staff Photo by Alexandra Chan)

At the final student government meeting of the fall semester on Dec. 2, Presidents Council Vice-Chair Anthony Cruz reopened dialogue over a resolution to give student, faculty, deans and administrative staff a voice on NYU’s board of trustees.

Earlier this year, Cruz proposed the resolution to add members of the Deans Council, Student Senator Council, Tenured/Tenure Track Faculty Senators Council, Full-Time Continuing Contract Faculty Senators Council and the Administrative Management Council as voting representatives. The SSC hopes that the resolution, which it passed in April 2021, will reach the board by the end of the 2021-22 academic year.

“There are currently no students, staff, faculty, administrators or deans beyond President Hamilton on the board of trustees,” Cruz said. “In addition to that, there are only two people on the board of trustees, by my count, that have any previous experience in being a staff member, faculty member, administrator or dean of any institution of education, that of K-12 or higher ed.”

The University Senate passed a similar resolution in March 2018 that called for student and faculty representation on the board of trustees. The resolution proposed adding tenured faculty members, contract faculty members, one undergraduate and one graduate student to the board’s voting council.

The resolution was vetoed by the board of trustees, who instead outlined “new practices” for increasing transparency with the community in a letter to the three councils, including releasing minutes from biannual meetings with the executive committee of the University Senate.

“As can be noticed, the board of trustees took a vacation from completing one of the only tasks that they assigned themselves, because the first summarized version of minutes that appears did not happen until September of 2019, which is one year and two months later after making that promise,” Cruz said. “Now, we have to give them a little credit because they did an amazing job at doing this for three consecutive board meetings, but mysteriously ceased these operations in December of 2019.”

Cruz is asking for the board of trustees to meet with the University Senate at least two times per semester. Since the onset of the pandemic, the board has not publicized minutes from its meetings with the executive committee, despite promising to do so in 2018.

“When I think about things that have happened since December of 2019, and some of the decisions that this university has had to make since then, it’s very scary to realize that we have truly no idea about what happened in those board meetings,” he said. “No summary. Nothing has changed.”