The instruction came after the second U.S. case of the new omicron variant of COVID-19 was traced to a New York City anime convention that drew more than 50,000 attendees. 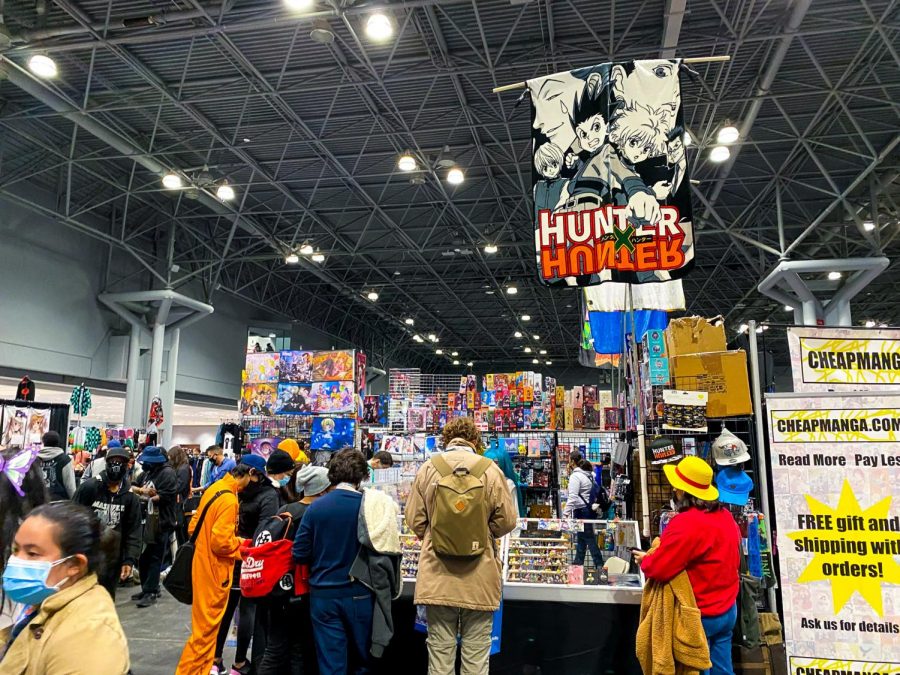 Anime NYC was held from Nov. 19-21 at the Javits Center in New York City. An attendee from Minnesota tested positive for the omicron variant in one of the first detections of the variant in the United States. (Photo by Mari Binstock)

Members of Club Anime, the largest anime-related club on campus, were asked by NYU to immediately obtain a COVID-19 test in an email from the university’s COVID-19 response team on Dec. 5. The directive came days after a man who attended Anime NYC 2021, a large Japanese animation convention, was linked to the second known case of the omicron variant of the virus in the United States.

“The NYU COVID-19 Prevention & Response Team (CPRT) is reaching out to all NYU students who are registered members of the NYU Anime Club,” the email, obtained by WSN, read. “Out of an abundance of caution, CPRT recommends that you get a PCR test ASAP (if you have not already tested since Nov. 26) and follow the guidance below to help protect yourself and others.”

Club Anime, the student organization that received the email notification, is one of the largest organizations on campus — its official webpage on NYU Engage lists more than 1,000 members. The club’s president, Rachael Teng, said she knew members of the club who attended the convention.

“We are unaware of any positive COVID-19 test results among our club members,” Teng said. “We are aware of the situation and have encouraged the attendees to get tested, as well as general members of Club Anime.”

Anime NYC took place at the Javits Center in midtown Manhattan between Nov. 19 and Nov. 21. More than 53,000 people attended, all of whom were required to wear masks and show proof of vaccination for COVID-19. On Nov. 24, three days after the convention ended, a man from Minnesota who attended the event tested positive for the omicron variant. On Dec. 2, Mayor Bill de Blasio advised convention attendees to get tested as soon as possible.

CAS sophomore Anthony Portillo, a Club Anime member who attended the convention, said that he was in the process of scheduling a testing appointment.

“It was a ton of people gathering, so it’s probably inevitable that one person might have had it,” Portillo said. “I think basically everyone was wearing masks. The only thing, obviously, was that there was almost no social distancing.”

The email sent to the club asked members who visited the convention to get a test, but they will not be required to submit results. It was sent three days after the city’s advisory. Portillo said that he felt that the communication should have been sent earlier.

“It should have been sooner,” Portillo said. “The moment it was stated that someone at the convention came up positive, maybe send ‘members of the club, those who went to the convention: make sure you get tested.’”

The laboratory NYU has partnered with to conduct on-campus testing is working with public health authorities to conduct surveillance for the omicron variant, according to university spokesperson John Beckman. He added that the university recommends that all students receive a booster shot of the COVID-19 vaccine.

NYU administration extended the request to get tested to anyone who attended the convention in an email late Monday afternoon. Members of the university community who attended Anime NYC and have not been tested since Nov. 26 should take a PCR test as soon as possible, the COVID-19 response team wrote.

A version of this article appeared in the Dec. 6, 2021, e-print edition. Contact Arnav Binaykia at [email protected]