​​The Soapbox is a weekly column by WSN’s news desk examining the major developments in world news and rounding up the stories we think are worth the read this week. Global consciousness for a global university. 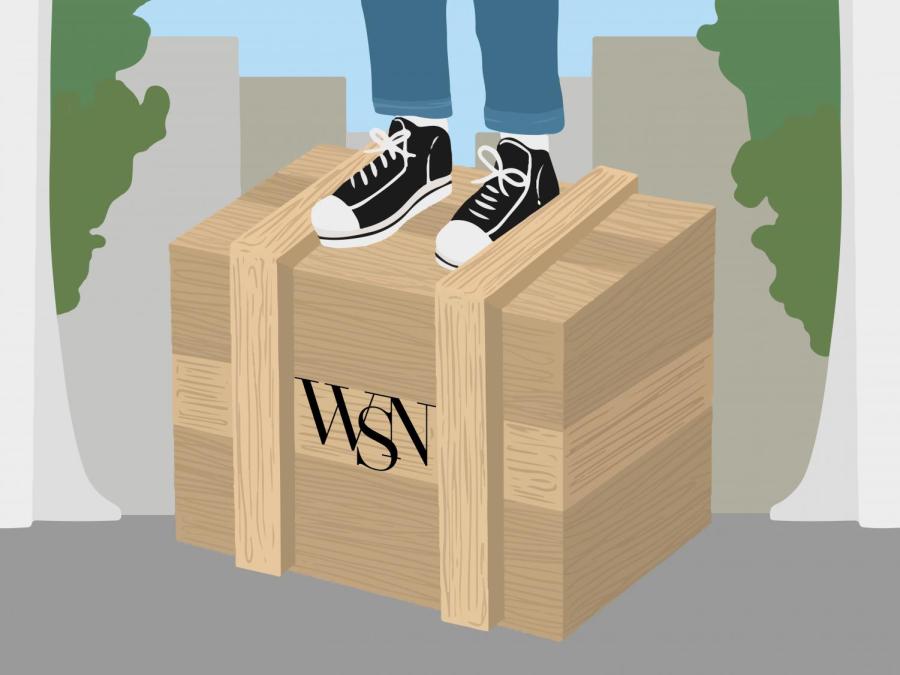 Around the globe, the omicron variant is set to prolong the pandemic
As the new omicron variant of COVID-19 spreads around the world, some of the poorest countries — particularly on the African continent — continue to be denied access to life-saving vaccines.

At least 23 countries around the world have reported cases of the omicron variant, the World Health Organization announced in a press conference on Wednesday. The European Union’s public health agency predicted that within the next few months, omicron could be responsible for more than half of all COVID-19 infections in Europe.

The new variant, first detected in Botswana and South Africa, was reported to the WHO on Nov. 24. Since then, South Africa has seen a sharp rise in confirmed COVID-19 cases. Experts are still working to determine just how dangerous the variant is — including how effective available vaccines will be against it. South African scientists say omicron could pose a reinfection risk three times higher than that of the dominant delta and beta variants.

President Joe Biden announced on Nov. 26 that the United States would ban travel from South Africa and seven other African countries — a move that was sharply criticized by South African and WHO officials as a form of “travel apartheid.”

“I thank Botswana and South Africa for detecting, sequencing and reporting this variant so rapidly,” WHO Director-General Tedros Adhanom Ghebreyesus said. “It is deeply concerning to me that those countries are now being penalised by others for doing the right thing … Blanket travel bans will not prevent the international spread of omicron and they place a heavy burden on lives and livelihoods.”

CNN reported that omicron was present in parts of Europe as early as one week before the variant was detected and reported by Botswana and South Africa.

Meanwhile, documents obtained by the Associated Press show that poor countries, especially undervaccinated countries in western, central and eastern Africa, still need 4.65 billion doses to vaccinate 70% of their populations. The internal documents from Gavi — the public-private vaccine alliance that helps run the U.N.-backed COVAX global vaccination drive — show that COVAX’s goal of delivering 1.4 billion doses is far too low, especially after it was slashed from 2 billion in September.
The republic of Barbados
Barbados has become the world’s newest republic. At a ceremony this week, the country elected its first ever president, Sandra Mason, who replaced Queen Elizabeth II as head of state.

The island of Barbados was under British colonial rule for more than 400 years. In 1966, it became independent but remained a Commonwealth realm with the queen as its symbolic ruler. Now, it will move forward as a republic.

“From the darkest days of our past, and the appalling atrocity of slavery, which forever stains our history, the people of this island have forged their path with extraordinary fortitude,” Prince Charles said at the ceremony.

Barbadian superstar Rihanna also made an appearance, where she was given the title “the right excellent” and proclaimed a national hero — the first such designation in more than two decades, the Associated Press reported.

“On behalf of a grateful nation, but an even prouder people, we therefore present to you the designee for national hero of Barbados, Ambassador Robyn Rihanna Fenty,” Barbadian prime minister Mia Mottley told the singer. “May you continue to shine like a diamond and bring honor to your nation by your words, by your actions and to do credit wherever you shall go. God bless you, my dear.”
On the Ukrainian border, amassed Russian forces raise fears of war
Russian foreign minister Sergey Lavrov said on Thursday that the “nightmare scenario of military confrontation” in Europe has resurfaced amid heightened tensions between Russia and Ukraine.

Last month, satellite images showed that Russia was deploying ground troops, tanks and weapons to several areas near its borders with Belarus and Ukraine. As of Thursday, an estimated 90,000 Russian troops have been sent to the Ukrainian border. According to the BBC, many of these troops are concentrated in Crimea — the peninsula which Russia invaded and annexed from Ukraine in 2014. Troops are also gathering near the Luhansk and Donetsk regions of Ukraine, which are under the control of Russian-backed separatist forces.

At a meeting of the Organization for Security and Co-operation in Europe, U.S. secretary of state Antony Blinken warned of “serious consequences” if Russia were to launch a new assault on Ukraine. Blinken said that Russia is putting in place the elements necessary to launch an invasion of Ukraine “on short order.”

Russian president Vladimir Putin said on Wednesday that he is seeking to prevent NATO forces from expanding their military presence around Russia’s borders, saying, “the threats are mounting on our western border.” Putin warned that the increase of NATO troops or strike capacities in Ukraine would cross a “red line.”

“There is not clarity about the Russian intentions, but there is an unusual concentration of forces for the second time this year,” NATO secretary general Jens Stoltenberg told the Agence France-Presse. “We see heavy armour, drones, electronic warfare systems and tens of thousands of combat-ready troops.”