The National Science Foundation grant will allow a research team of Tandon and Wagner professors and students to continue modeling New York City’s underground infrastructure in order to improve its resilience to natural disasters. 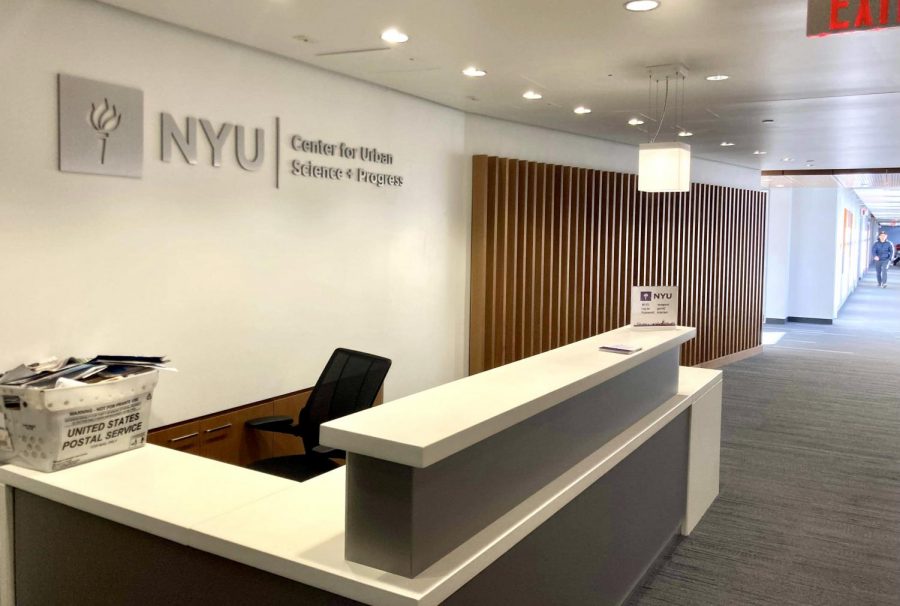 A $1 million grant has been issued to NYU professors Debra Laefer and Rae Zimmerman for the study of underground infrastructure in response to climate change. Laefer, a Tandon engineering professor, and Zimmerman, a professor of public administration, now co-lead the Unification for Underground Resilience Measures project. (Staff Photo by Ryan Kawahara)

Hurricanes Henri and Ida tore through the New York City metropolitan area in late summer 2021, shutting down public transit, flooding basement apartments and killing 46 people. New York governor Kathy Hochul is set to release a report on Nov. 15 detailing the infrastructure and communication failures that led to $54 million in damage during Hurricane Ida.

Two NYU faculty members have since received a $1 million grant to develop strategies to make New York City’s underground infrastructure more resilient against climate change. Debra Laefer, civil and urban engineering professor at the Tandon School of Engineering, and Rae Zimmerman, a professor of planning and urban administration at the Robert F. Wagner Graduate School of Public Service, co-lead the Unification for Underground Resilience Measures project, called UNUM, which was founded in response to 9/11.

The ultimate goal of their project is to collect and visualize data that will enable community groups and utility services to efficiently and securely share information about what happens below the surface of the city. Their research will be funded through a Civic Innovation Challenge grant awarded by the National Science Foundation in partnership with the U.S. Departments of Energy and Homeland Security.

Different agencies oversee different components of the city’s underground infrastructure: Subway lines are owned by the Metropolitan Transportation Authority, sewage lines are overseen by the Department of Environmental Protection, and the underground electrical grid is owned by various private companies, such as Con Edison. Each agency has independently organized data about its systems.

As a result, according to Laefer and Zimmerman, there is no easy way to look at the underground as a whole and understand where vulnerabilities might arise during an emergency.

The NSF awarded the UNUM team with a starter grant of $50,000 in February. Since then, the team has focused on establishing relationships with more than 40 local groups, such as government agencies, utility companies, community organizations and political leaders. Among those supporting the project are outgoing Manhattan borough president Gale Brewer, ConEd executive Mark Baldovin and New York City mayor-elect Eric Adams.

The team selected two neighborhoods to focus its research on — Sunset Park in Brooklyn and Midtown East in Manhattan.

The final grant of $1 million, awarded earlier this fall, has allowed the UNUM team to create a model that combines data from the underground agencies into a digital format that is easy for interest groups to access, understand and contribute to.

The NYU faculty are working in partnership with Alan Leidner and Wendy Dorf, board directors of the NYC Geospatial Information System and Mapping Organization. Leidner emphasized the benefits UNUM’s efforts will have on disaster response.

“Being able to do this work will help the city to better map places that could be flooded during heavy rainstorms,” Leidner said. “Being able to understand what’s underground — the sewers, their capacity, their age, the underground geology — will help us better predict where there might be flooding that could endanger lives. That’s just one example of many.”

In addition to creating the data model, the UNUM team is also engaging communities in understanding the infrastructure surrounding them. NYU Tandon graduate student Kim Hertz recently joined the project and will be leading the creation of a digital replica of the underground system.

“It’s a computerized version of the city you live in,” Hertz said. “The idea is to involve the community in creating this digital twin … and later on, also using the data that is involved in creating it to understand things that go around in that area of the city.”

While the project is currently limited to two neighborhoods of New York City, the hope is that it can serve as an example for other communities and cities to implement.