The NYU School of Law is beginning to allocate money from its Lead the Way capital campaign. Students want a role in the process. 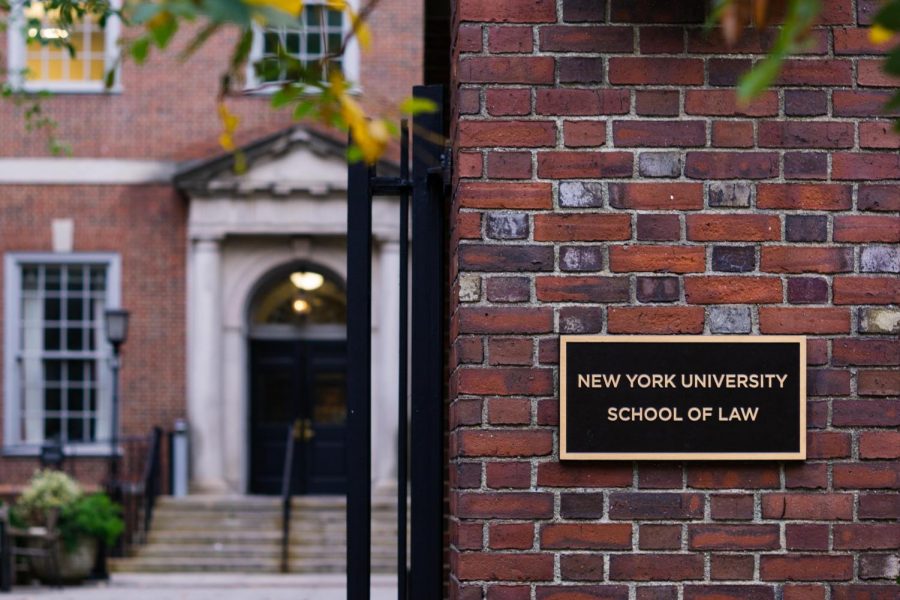 The NYU School of Law’s Lead the Way campaign raised over $540 million. NYU Law students want that money to be used for student financial aid. (Photo by Kevin Wu)

The NYU School of Law completed its Lead the Way campaign in August 2021, raising more than $540 million to increase student financial aid, add faculty and create new academic centers. According to the law school’s press release, the money raised through the campaign was one of the largest amounts ever raised by a law institution.

Nick Vagelatos, the assistant dean for development and alumni relations, said that money raised from the campaign has already been used to increase scholarship availability and hire new faculty. Among the student body, however, there is little knowledge of any changes.

NYU Law spokesperson Michael Orey said students would have heard of the campaign in 2017, when information about the initiative was posted on NYU Law’s website and when students who received scholarships were invited to a launch event.

Orey added that although individual students were never directly approached or communicated with regarding the campaign, the law school’s planning process incorporated the participation of student organizations, which the administration spoke with to determine funding priorities.

Of the 30 NYU Law students with whom WSN spoke about the campaign and increased financial aid, few had any knowledge of the initiative.

NYU Law is the second-most expensive law school in the United States, with tuition and fees set at $73,414 for the 2021-22 school year — not including the costs of room and board or textbooks. Katie Coyle, an international student at the law school, said she could only afford to attend NYU Law because she took on debt. She believes that students should be allowed to participate in the fund allocation process of the campaign in order to direct funds to areas that would alleviate their immediate needs.

“Students should have an option to at least solicit comments or suggestions,” Coyle said. “Loans have really high payback on them. The interest is really excessive on them, and you end up having to pay almost one-third of what the degree costs back.”

Many students, including Master of Laws student Timothé Radosavljevic, said that the challenge of managing their personal finances on top of tuition has made it difficult for them to afford the materials they need for class.

“I did not buy any of the books that were assigned to me because it is way too expensive, and it would have been about a $1,000 budget for a semester,” Radosavljevic said. “You need to build up strategies to afford those kinds of costs and it’s time-consuming.”

Radosavljevic added that he is concerned about the law school’s lack of transparency and believes students deserve more representation in its decisions.

“The school should give a consultative voice to the students,” Radosavljevic said. “Then they could promote actions that they believe make sense for us.”