The Equity for Indigenous Research and Innovation Coordinating Hub, a partnership between NYU and the University of Waikato, received a $750,000 grant from the Andrew W. Mellon Foundation. 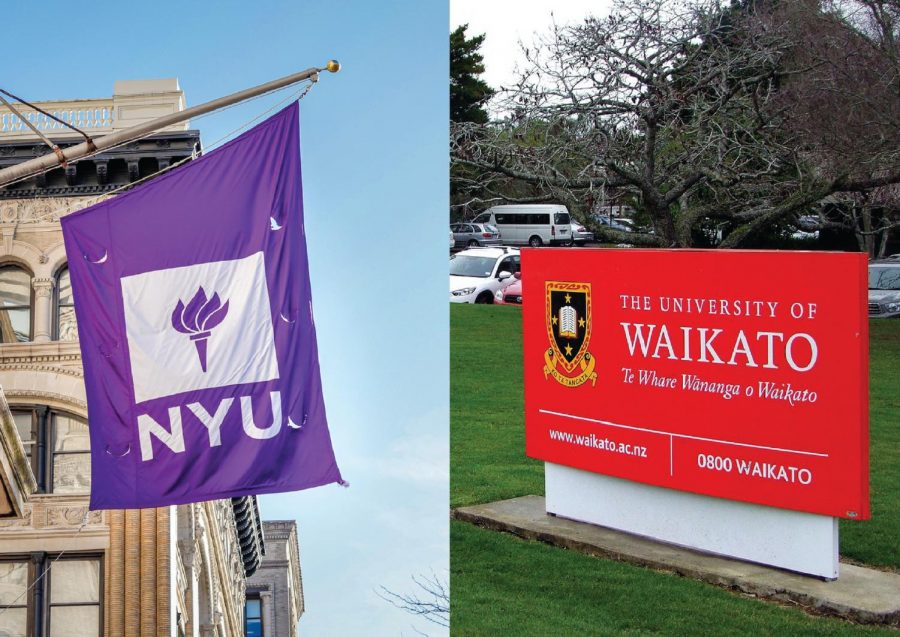 The Andrew W. Mellon Foundation awarded $750,000 to NYU and the University of Waikato. This grant funds a project that aims to protect the cultural knowledge and heritage of Native Americans, Māori and other First Nations communities. (Photo by Lauren Sanchez, Image via Wikimedia Commons)

The Andrew W. Mellon Foundation has awarded NYU and the University of Waikato, located in New Zealand, a two-year $750,000 grant for a project aiming to protect the cultural heritage of Native American, Māori and other First Nations communities. The funding will support the Equity for Indigenous Research and Innovation Coordinating Hub, or Enrich, which was co-founded by the two universities.

Jane Anderson, a CAS anthropology professor and one of the co-directors of Enrich, said the grant will allow the foundation to grow and improve Indigenous control, knowledge and research participation.

“The grant is a response to historical legacies of extractive research processes that mean Indigenous people are not in control of their knowledge and cultural heritage, and understanding that those research practices haven’t actually changed radically,” Anderson said. “They are still part of the same logic of treating Indigenous people as subjects and objects, not as the holders, stewards and owners of their own knowledge and knowledge practices.”

Enrich, which launched in 2019, has worked directly with Native American, First Nations, Māori, Aboriginal and Indigenous communities. One of its flagship programs, Local Contexts, is an educational database equipping Indigenous communities with the means to digitize and manage their intellectual property, cultural heritage and environmental data.

Maui Hudson, University of Waikato professor and Enrich co-director, highlighted how Local Contexts can help label Indigenous data with the correct usage permissions and protocols. Data collected from communities is also categorized into tags such as “Traditional Knowledge” and “Biocultural,” in order to increase its visibility.

Hudson said that this digitization of Indigenous data will augment the accessibility of Indigenous research and benefit the communities being studied.

“Researchers come to [Indigenous] communities, talk to them, take their information and never see them again,” he said. “The community not only had [their knowledge] taken away from them at the first instance, but now it has been propagated for other people to use as well. Their ability to stay connected and maintain their responsibility as the primary cultural authority for their information gets harder and harder to do.”

“I think it’s really important for students to see Indigenous role models especially in academia, which isn’t something that is accessible at NYU,” Coye-Huhn said. “There aren’t that many Indigenous professors or faculty members here and that can be discouraging for Native students.”

Anderson believes the funding from the grant could play a major role in expanding Enrich initiatives. She added that money from the grant will go towards training experts who will travel across the United States, Canada, Australia and New Zealand, bringing Enrich’s resources to more Indigenous communities and connecting them with research institutions.