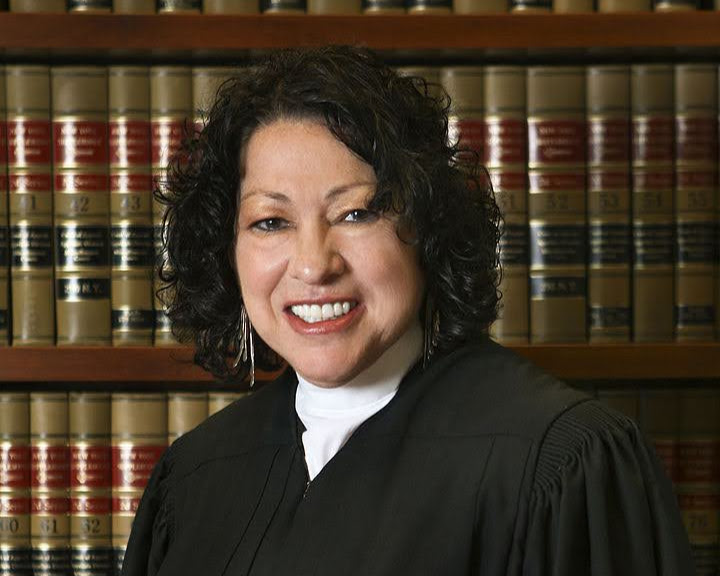 U.S. Supreme Court justice Sonia Sotomayor said the Supreme Court changed its oral argument format after studies showed that women are more likely to be interrupted by male justices and their counterparts, at a virtual event hosted by the NYU School of Law on Oct. 13.

The event featured Sotomayor and Kenji Yoshino, a constitutional law professor and the director of NYU Law’s Center for Diversity, Inclusion, and Belonging. It was a celebration of the fifth anniversary of the center.

Sotomayor said that a 2017 study conducted by researchers Tonja Jacobi and Dylan Schweers found that female justices were disproportionately interrupted by male court members. She attributed the dismissal of female voices to the broader issue of gender inequality.

“Most of the time women say things and they are not heard in the same way as men who might say the identical thing,” Sotomayor said. “People paid attention [to the studies] and it made for self-examination of behavior.”

The Supreme Court launched the new oral argument format at the beginning of October, which supplements free-for-all questioning with one-on-one sessions, during which each justice can ask questions to lawyers individually.

Before the change, Sotomayor said she often noticed the issue of interruption in court, and spoke about how she was sometimes able to fight it.

“I interrupt back,” she said.

Sotomayor also discussed the lack of diversity on the court and noted that no current justice has “been in the trenches” over civil rights, criminal defense, immigration or environmental issues.

“When Ruth Bader Ginsburg passed, we lost our only civil rights lawyer,” Sotomayor said. “There are so many areas of law that the court touches and whose decisions impact in such tremendous ways, that I do worry that the authorities who are selecting judges are not paying enough attention to that kind of diversity well.”

She also spoke of the pressure put on people of color to work harder than everybody else to succeed. Sotomayor, who is of Puerto Rican descent, was the first Latina to be appointed to the Supreme Court.

“It’s the nature of — the competitive nature of our society — where you have to prove yourself every day,” Sotomayor said. “I don’t know many people of color who don’t come into this enterprise without feeling that pressure of knowing they have to work harder.”

Sotomayor added that the current 6-3 conservative majority on the court tends to take a firm stance of originalism, dismissing interpretations of the law that diverge from the U.S. Constitution as it was first written.

“Whether and how that will lead to dissonance between what we are deciding and what the general population accepts as what the law should be is a fascinating question,” she said. “There’s going to be an awful lot of dialogue by the greater society about the role of the courts in our society today.”

CAS sophomore Mia Daniels, a politics major, said she looks to Sotomayor as an inspiration to make change in the field.

“This conference was inspiring to witness because of how much hope she has for the country and how much belief she has in the future of this practice,” Daniels said. “Even in the face of dismay and hopelessness, she never fails to work diligently for the people.”

A version of this story appeared in the Oct. 18, 2021, e-print edition. Contact Kashish Bhatia at [email protected]