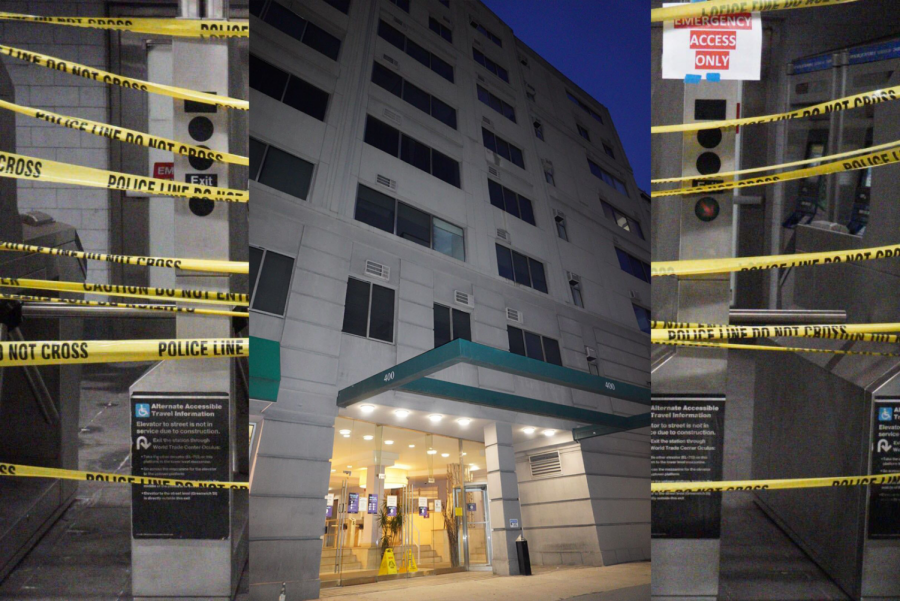 An NYU Public Safety officer is in custody after stabbing his supervisor multiple times in the Broome Street residence hall early Saturday morning, according to NYU and the New York City Police Department. The supervisor was taken to NYU Langone Health and subsequently Bellevue Hospital for treatment, where he is expected to recover from his injuries.

The incident was first reported by PIX 11 News on Saturday morning and was later confirmed Saturday afternoon in a university-wide safety alert email. 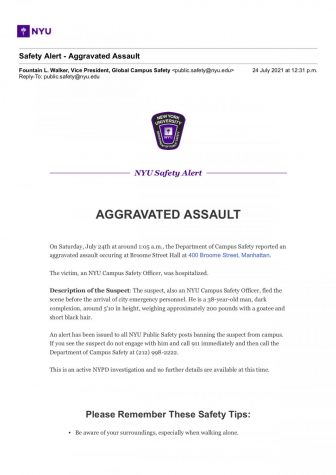 Around 1 a.m., the assailant — a 38-year-old employee of the university’s Department of Public Safety — produced a sharp object after a verbal altercation with his supervisor. He then stabbed the supervisor five times in the neck, abdomen, hip and back before fleeing the scene, according to police and university administration.

The assailant has since been taken into custody. He turned himself in at the NYPD’s 5th Precinct in Chinatown at 10:15 p.m. on Saturday night after an initial canvass of the area had failed to locate him, according to police.

NYU spokesperson John Beckman said in a statement to WSN that shortly following the attack, the university alerted other campus locations of the incident, banned the employee from all facilities and immediately suspended him pending termination.

Broome Street Residential College houses undergraduate sophomore, junior and senior students. According to Beckman, the building was not in use during the summer break.

NYU’s Department of Public Safety says its officers are responsible for controlling access to campus buildings and deterring potential threats to the NYU community. Beckman added that although Public Safety Officers are responsible for maintaining campus security, they are required to be unarmed, and the possession of weapons of any kind is prohibited on university property.

“Our thoughts and concerns are with the brave, injured sergeant and his family, and we pray for his health and swift recovery,” Beckman said.