The NYPD’s Increased Presence at NYU

Some students have noticed an increased NYPD presence on campus, with many questioning NYU’s relationship with the police. 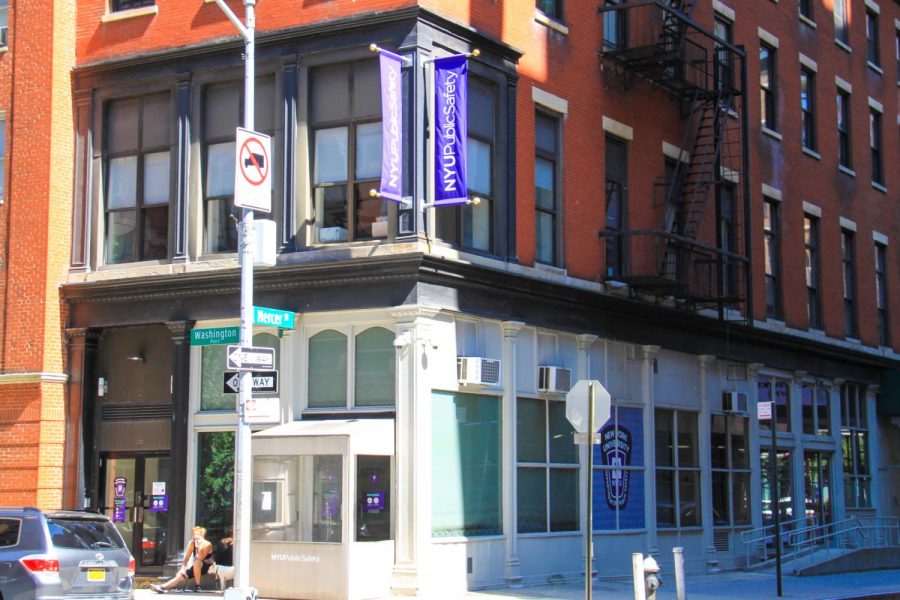 During the BLM movement that had mass participation in protests this past summer, images of police officers going in and out of NYU buildings have gone viral on social media. NYPD presence on campus has raised some questions among NYU students. (Staff Photo by Alexandra Chan)

Students have noticed an increased prevalence in NYPD officers on campus and are using social media to question the relationship between the two institutions.

Viral videos and photos on Instagram and Twitter show NYPD officers going in and out of buildings and lining cop cars on campus.

These images fall against a backdrop of the national Black Lives Matter movement and protests occuring in NYC, leaving some students feeling uncomfortable with the presence of police on campus.

Back in June, the Graduate Student Organizing Committee, NYU’s graduate student union, released a joint statement with the Incarceration to Education Coalition and X-Campus calling for NYU to cut ties with and prevent the NYPD and ICE from operating on the university’s campus. NYU never took action on this demand. A change.org petition was also created the same month, garnering 28,130 signatures.

Steinhardt Senior Jordana Lusk, a BLM supporter, is concerned about the police presence.

“It’s really uncomfortable and threatening,” Lusk said. “Some of my friends have suffered abuse, profiling and even sexual assault at the hands of the NYPD. It’s difficult to have that constant trigger at your university.”

Lusk, a strong activist on campus, also said that the NYPD presence hurts student activists as a whole.

“I literally saw them park their cars in front of a BLM mural today,” Lusk said. “They do not do it for safety, they do it to show their power.”

“NYU prides itself as a diverse liberal institution that is safe for students,” Franklin said. “But every choice they make does not do that. NYPD being on campus is one, even ICE has been spotted too.”

The university has been hesitant to explicitly state what the relationship between the NYPD and NYU is. Back in June, WSN interviewed Senior Vice President for Global Inclusion and Strategic Innovation Dr. Lisa Coleman, who stated that a leasionship between NYU and NYPD exists, however Coleman never outlined what the partnership entails. WSN also interviewed University Spokesman John Beckman, who did not respond to requests for comment regarding how much the university pays the NYPD for security at contract events.

In an email to WSN, Beckman addressed the question of the presumed partnership NYPD and NYU, stating that the university does not have a standing relationship with the police department.

Beckman also addressed the presence of the NYPD on campus.

“NYU doesn’t have a traditional campus; the nature of our space is more in the vein of ‘buildings in a city’ than a closed off, contiguous campus area.” Beckman wrote. “The presence of NYPD officers or vehicles around NYU is not something over which the University has any say, because most of NYU’s facilities are on City streets and sidewalks, which are the jurisdiction of municipal agencies like the NYPD.  They haven’t sought our permission for their presence in the neighborhood, nor do they have to, nor have we given it or been aware of it beforehand.”

Some students are unhappy with the university response.

“NYU is essentially deflecting,” Lusk said. “I’m certain that a conglomerate like NYU has enough capital to tell the NYPD to stop using their campus to threaten students.”