CARES Act Funding ‘Yet to be Received,’ NYU Shanghai Returns and an Uncertain Fall Semester Remains

The email sent by NYU senior leadership announced plans to allocate all of the CARES act funding to the emergency relief fund and for displaced students in the fall. 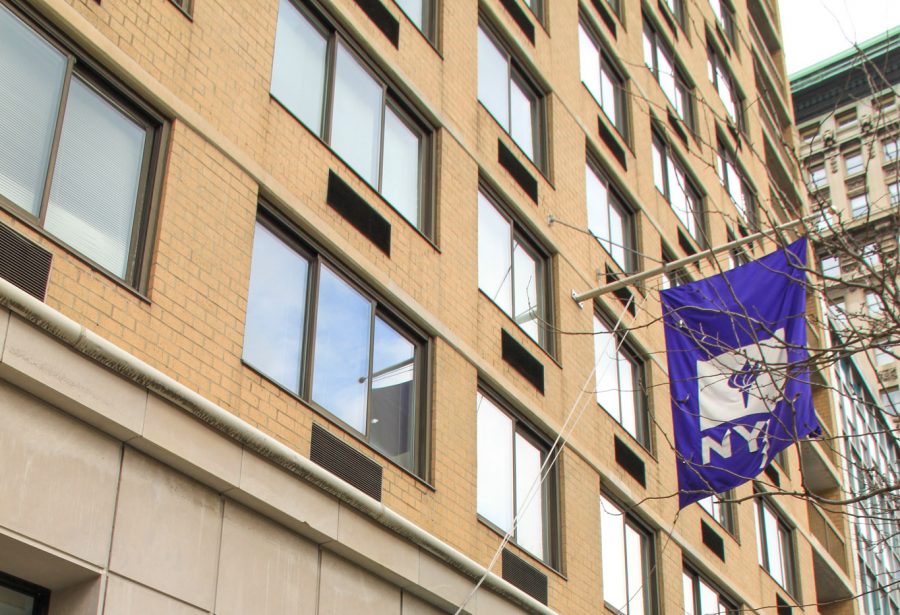 NYU is shortly wrapping up their remote spring semester. A recent memo sent to students related expectations for the summer and fall. (Staff Photo by Alexandra Chan)

NYU has yet to receive funding from the CARES Act — a law that provides funding to universities so they can offer emergency grants to students affected by the pandemic — according to an email from NYU Senior Leadership sent on Wednesday.

The latest email disclosed that while NYU has yet to receive federally issued CARES Act funding, if and when the university receives these funds, they will all be transferred to the COVID-19 Emergency Relief Fund. The news comes after a university-wide email sent by the NYU administrators on Monday, April 27 described the university’s worsening financial condition.

“If and when NYU takes possession of the funds, the University is committed to using all the money it receives for direct student assistance, including continuing the COVID-19 emergency grant program through the rest of the spring, the summer, and the fall for students with financial need,” the email read.

The NYU COVID Coalition and Sick Out NYU have called for the entirety of CARES Act funds to go towards the emergency fund and both organizations applauded the announcement while urging for the university to lift the fund’s $500 limit.

The CARES Act stipulates that at least half of funds provided to the university must be used to provide emergency financial aid grants to students. NYU is set to receive just over $25 million dollars, with at least $12,813,472 legally required to go toward the emergency fund.

NYU has previously stated that funding from the CARES Act is what allowed the University to grant emergency aid. The email sent provided students a link to apply for the COVID-19 emergency aid.

“The recent CARES Act allows us to continue to offer emergency funds to students who are facing financial stress due to COVID-19, with priority for those who have filed for and received financial aid,” NYU’s COVID-19 Emergency Relief Fund website states.

Following a new policy implemented by the U.S. Department of Education — which barred DACA recipients from receiving emergency aid from the CARES Act — the Student Government released a letter condemning the new guidelines and promised to facilitate discussion with NYU’s administration to seek solutions. It is unclear if this policy will affect NYU DACA recipients’ access to the emergency relief fund.

The email stated that so far more than 30% of the $6 million NYU has granted in emergency aid funds has gone to undocumented and international students.

Several universities have expressed dissatisfaction with the allocation of these funds, claiming that the distribution is disproportionate with universities who have a greater number of full-time enrollment being favored more than other institutions where a greater portion of the student body is enrolled part-time.

“If you’re thinking of aid for students, the need is probably larger for part-time students who may have lost jobs,” Clare McCann, the deputy director for federal policy at New America, told Inside Higher Ed. “The formula for student aid could discount neither online nor part-time status.” ​

Princeton, Harvard, Yale and the University of Pennsylvania are among the universities that have rejected their CARES Act funds. Harvard University had previously accepted its allocated funds but issued a statement rejecting the funds following criticism from President Donald Trump.

The email also stated that NYU global sites may accommodate students unable to attend in-person classes at their intended sites.

While the email did not make any alterations to the university’s official stance that classes will resume in-person in the fall, it did state that the university is preparing for all possible circumstances, including making adequate accommodations for students who might be unable to return to their primary campus.

“For the fall, we are planning to be open and to resume in-person classes in New York City, while preparing for a number of different scenarios, such as supporting those who cannot attend in-person classes; planning for the safety of students, faculty, administrators and staff; and preparing for whatever guidelines or restrictions are in place,” the email read.

In the email, Senior Leadership stated that the university is also considering making the global campuses available to students who might not be able to attend classes at their intended locations due to immigration issues or otherwise. This was done earlier in the semester for students at NYU Shanghai, who weren’t able to attend their classes from NYU’s other locations.

As lockdowns have been lifted in China, NYU Shanghai reopened its campus to seniors and graduate students on Monday, April 27 and is preparing to welcome returning undergraduate students this week.

“Amid a strong set of safety and health measures, NYU Shanghai students and faculty began a phased return to campus on Monday, April 27,” the email reads. “Seniors and graduate students have started already; additional students are expected as the campus is opened to juniors, sophomores and [first-years] this week.”