Students Concerned Over Possibility of a Remote Fall Semester

The potential for a remote fall semester has some NYU students reconsidering their plans. 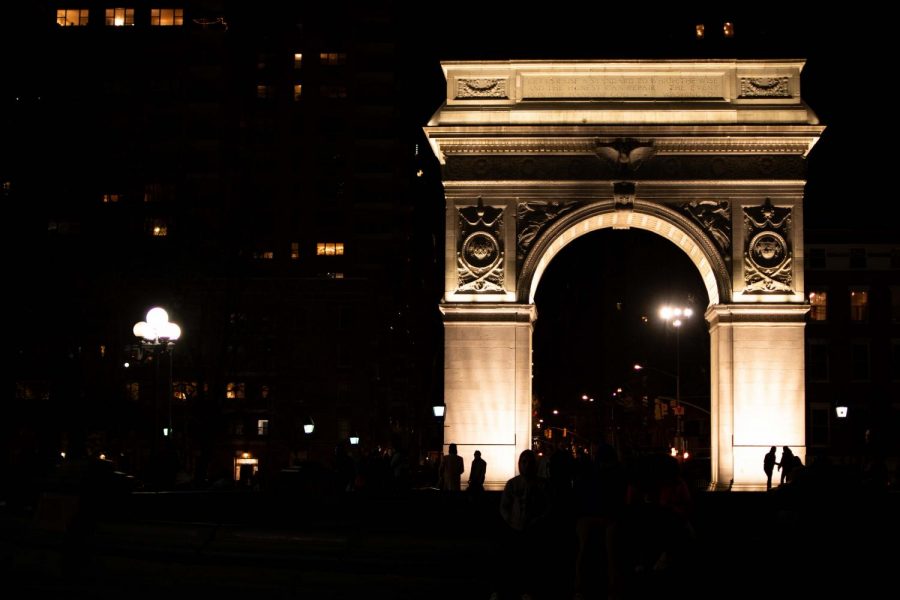 Washington Square Park is a centerpiece of on campus student life. Students have begun to worry about the possibility of a virtual fall semester and not returning to campus. (Staff Photo by Jake Capriotti)

In a recent study by Inside Higher Ed, approximately 33% of university presidents expect the return of in-person classes for the fall semester, but 40% stated that they are unable to confidently predict what is to come.

“For fall 2020, our plan is to resume regular, in-person classes on campus,” the email reads. “Of course, we are continuing to monitor developments closely.”

Tandon School of Engineering — which Tandon first-year Winston Yang said has experienced difficulty with remote instruction — reiterated that NYU has yet to make a decision.

“We will continue to monitor the health situation and will take our lead from the University,” a Tandon representative told WSN in an email.

Although it already has been decided that NYU summer sessions will be held online, and although there is no official statement from the university about whether the same will extend into the Fall 2020 semester, many students are already preparing for the possibility.

Other universities, such as the University of Illinois at Springfield are starting to plan for online instruction in the fall. Yale professor Terence Renaud also tweeted on Friday, April 10 that rumors were swirling at both Yale and Harvard University that fall semesters may be delayed.

NYU students are distressed by the possibility of similar rumors at NYU, concerned that remote instruction will diminish the quality of their classes.

“Our performance classes are turning into research classes and that is not what we signed up to do,” Steinhardt School of Culture, Education and Human Development first-year Angela Burtulato said.

Burtulato acknowledged that remote instruction is critical to ensuring the safety of the student body, but said it was taking a toll on her education and mental health.

“We aren’t getting the hands-on experience we need — with performance-based classes at least — and the workload has doubled,” Burtulato said. “Having 11 classes and now trying to keep up with them all online is hard.”

Yang agreed with Burtulato, saying that he is not getting as much out of his classes as he would in person.

“The labs are of course impossible to do virtually, so they pre-recorded portions of the lab experiment done by the TAs,” Yang said. “We are supposed to understand the lab from watching the videos and then write reports and present our ‘lab experiment.’”

Yang’s Engineering Design class was suspended due to the transition to remote learning, as students would need access to the Tandon MakerSpace and ProtoLab to complete their semester-long projects.

Gaining hands-on experience in drama performance, labs or in other fields of study has been one of the main reasons why students come to university. From lab cancellations to the virtual delivery of drama monologues, students have been forced to adapt, and are left to evaluate their plans for the future.

Neither Yang or Bortolato plan to take a semester off but 17% of prospective college students are considering taking a gap semester or transferring schools in response to the COVID-19 pandemic, according to a nationwide survey. Liberal Studies sophomore Hailey Colon is one of these students.

“I’d rather return when I can be sure that the school, professors and myself are performing to our full potential,” Colon told WSN.

In addition to health and safety, financial concerns have students questioning whether or not spending money on a strictly online education without the in-person resources and experiences is worthwhile.

“I’ve seriously considered taking a year off since it’s not the educational environment that my family invested so much money in,” Colon said.

The prospect of a remote fall semester has also caused concerns for students hoping to go abroad. CAS sophomore Daniel Cienava is planning to go to the Paris campus in the fall semester, a reality that now appears uncertain.

“On the advice of my advisor, I’m signing up for half my classes in Paris and half in New York,” Cienava said.

Despite speculation and the uncertain nature of an in-person fall semester, NYU schools are still accounting for the possibility of students physically returning to campus in the fall.

“We are functioning under the assumption of the Fall term being in person and we are preparing for in-person classes,” the Tandon representative told WSN in an email.

Correction: A previous version of this article attributed a statement to a Tandon representative incorrectly. The article has been updated and WSN regrets the error.