Some Tisch students received refunds as low as $35 for fees after the closure of campus. 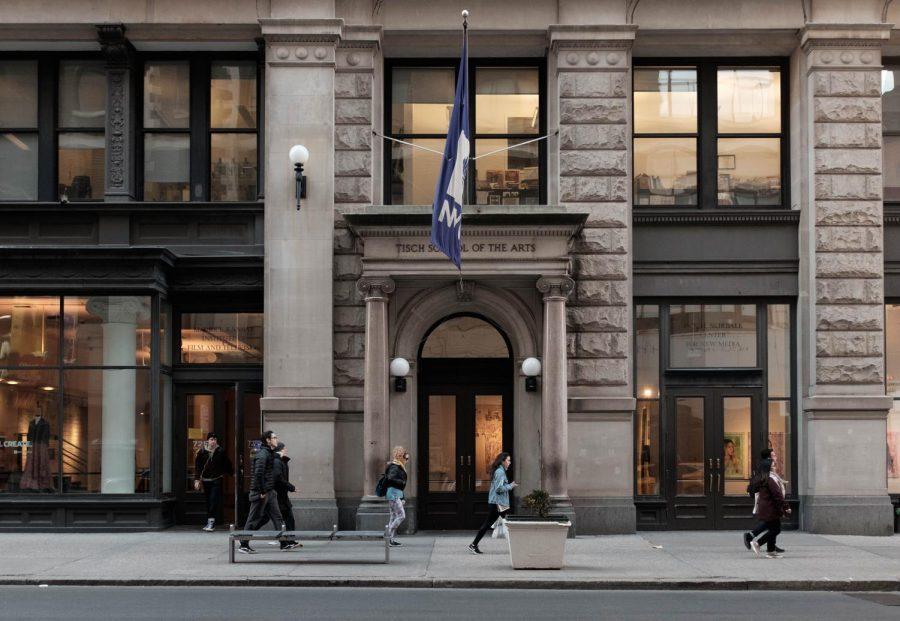 Tisch students have been advocating for tuition reimbursement since the transition to remote learning due to COVID-19. However, students are being offered small fee refunds instead. (Photo by Katie Peurrung)

Eligible Tisch students received an email on Friday, April 10 stating that they had been awarded refunds, but upon closer examination, students discovered fee reimbursements as low as $35.

“We have now completed the review of the dozens of individual school and course-based fees for the purpose of determining refunds,” the email to students read. “If students had not and will not receive the services, supplies or equipment for which the fee was paid, they will receive a full refund. If students had received some of the services, supplies, or equipment, but are not able to receive the balance because of the shift to remote learning, they will receive a partial refund.”

Students soon discovered that this email was offering only fee refunds, not tuition reimbursement. Tisch students have been advocating for tuition refunds due to lost practice spaces, access to equipment and in-person training, which is especially valuable for drama students. The Tisch Partial Refund effort sent a letter to university officials and deans on Monday, March 30 and have not yet received a response.

“We’re not hearing anything from them,” Tisch sophomore and supporter of the Tisch Partial Relief Fund Effort Kenzie Wilkin said. “We sent this letter to them two weeks ago and we’ve heard nothing, we’ve heard absolutely nothing. So if they could at least tell us if they’re talking about it, if they could tell us why we’re wrong just so we can have a dialogue it would feel a lot more respectful.”

A half-tuition refund would amount to $13,982, so many students found the double-digit refunds both insulting and dismissive. Most Tisch students are taking between 12 and 18 credits, costing $1,312 in fees.

Undergraduate drama students were refunded an insurance fee as low as $35.50. The breakdown of fee refunds is available on the NYU website.

“It was really frustrating because we felt we were actually getting something done with trying to get some of our tuition back in this weird, bizarre time that we’re in and it felt kind of like,  ‘Really, that’s it?’” Wilkin said.

“We still pay a Tisch production fee that doesn’t go to our studio and we’re not getting that back,” Tisch senior Grace Traynor said. “That’s ridiculous. It’s disappointing that they say we’re going to be refunded for fees, but then not actually. It’s insulting. Like, ‘Here’s your $35.50.’”

“We’re not going to have a full-scale set,” Quigley said. “Costumes haven’t been spoken about. I know that they’re going to send us ring lights for us to attach to our cameras, but still, it’s going to be at a completely different scale than what it would be if we were doing it in person.”

Students at Drexel University and the University of Miami have filed lawsuits against their universities for not providing tuition refunds. These lawsuits face tough odds as long as universities continue to provide classes for credit, according to reporting by the Wall Street Journal. There is talk of taking similar action among Tisch students.

Quigley commented that students are not acting unreasonably, regardless of how the university may interpret their demands.

“I think it’s hard when students are upset and angry and disappointed, so it seems like we’re carrying around pitchforks yelling, ‘Give us $30,000,’ but it’s not like that,” Quigley said. “It’s asking for what’s fair and asking to be compensated properly, and we don’t want to have the wool pulled over our eyes and feel like we’re being lied to and that something is being hidden from us.”

A version of this article appeared in the Monday, April 13, 2020 print edition. Email Emily Mason at [email protected]