An email sent out to students at the NYU School of Law by Dean Trevor Morrison stated that a student tested positive for COVID-19, making it the second confirmed case of the virus in the NYU community. 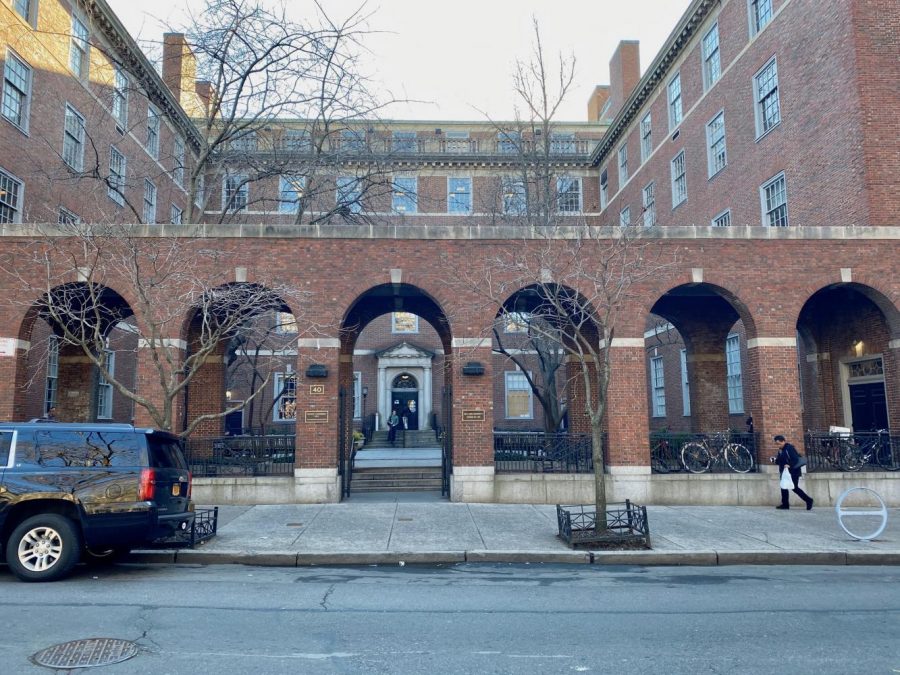 The Vanderbilt Hall on Washington Square S hosts the NYU Law School. An NYU Law student has tested positive for COVID-19 in an email sent by the Dean to students who were in class with the student.

A student at the NYU School of Law has tested positive for the coronavirus, according to an email sent out by NYU School of Law Dean Trevor Morrison. The email, sent out Sunday, March 15 at 1:51 P.M., noted that the student does not live in NYU Law residence halls.

This is the second confirmed case of COVID-19 in the NYU community — specifically NYU School of Law — after a faculty member of the School of Law tested positive last week.

The purpose of the email was to inform NYU community members who may have been in contact with the student, including classmates and professors. The student attended two classes on Monday, March 9 — Constitutional Law and section 2 of the Legislation and the Regulatory State course — according to the email. On Tuesday, March 10, the student attended Torts and Insurance Law and then returned to their family home, which the email stated is outside of the city. All of these classes are located in the NYU School of Law Vanderbilt Hall building.

“The student has remained outside New York City since then,” the email reads. “As of this morning, the student reports to be feeling okay and is in good spirits. We will continue to communicate with and support the student.”

The student did not begin to experience symptoms until Tuesday night once they were off campus, according to the email.

“I have notified Professors Adler, Kaufman, and Levinson of this development, and we will also be in touch with the relatively few other members of the NYU Law community who we know had direct contact with the student in the past week,” the email stated.

Associate Vice President of Student Health Dr. Carlo Ciotoli, who was referenced in the email, said the timing of the symptoms’ development makes the risk of transmission to NYU Law community members relatively low.

“However, [Dr. Ciotoli] advises that you actively monitor for symptoms through March 24 by taking your temperature twice a day and watching for any cough or shortness of breath, and, if you develop symptoms, that you stay home until you have made contact with a doctor,” according to the email.

“As we work through this challenging time together, I ask you to take care of yourselves and each other,” the email reads. “Please continue to take the appropriate precautions, self-monitor, and treat one another with respect and sensitivity.”