Tandon School’s Department of Computer Science and Engineering received an award and $50,000 prize for promoting women in computing education. 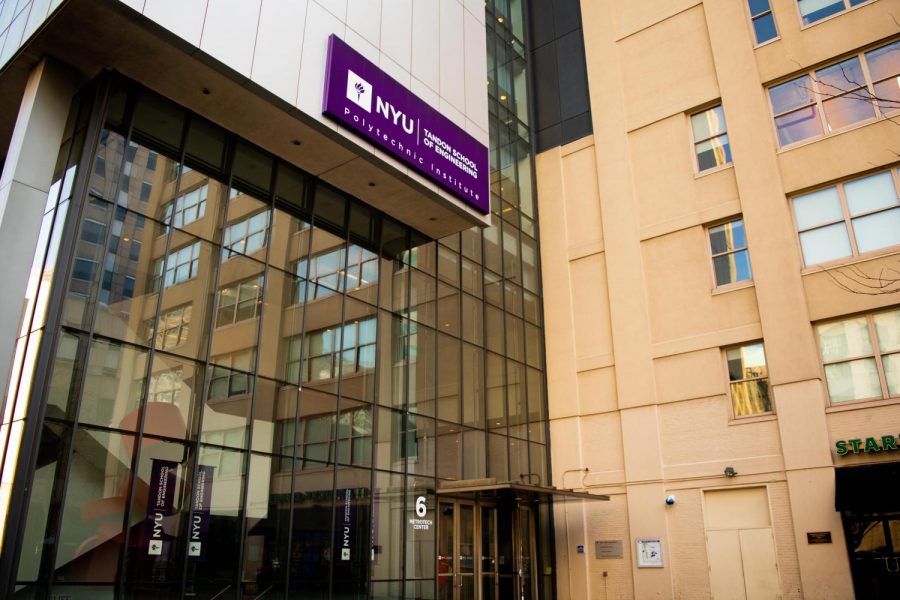 The National Center for Women and Information Technology Extension Services Transformation (NEXT) awards recognize academic departments that have had significant success with women’s enrollment and graduation rates after utilizing recruitment consulting services offered by NCWIT. The award will be presented May 19, 2020 at the NCWIT Summit in Grapevine, Texas along with a $50,000 prize that will be used to help Tandon continue and expand these efforts and to spearhead diversity in STEM initiatives. Jelena Kovačević, who became Tandon School of Engineering’s first female Dean in 2018, spoke to WSN about the significance of the award.

“From Tandon’s viewpoint, NCWIT is one of the most important resources for institutions seeking to bring gender balance to the computing field, so this honor is very meaningful,” Kovačević.

Only 18% of all Computer and Information Sciences undergraduate degree recipients between 2017 and 2018 were women, according to an NCWIT report. The American Society for Engineering Education (ASEE) also reports that women comprise only 13% of the undergraduates in computer engineering, and only 17% of those are studying electrical and computer engineering.

Meanwhile, Tandon has come far in bringing gender diversity to the table, according to Kovačević.

In 2012 women made up only 6.6% of computer science undergraduates entering Tandon. In 2018, the number had increased to 39.8%, according to Kovačević.

“That is easily double the national average for undergraduates,” Kovačević said.

Despite this progress, gender disparity is still visible on the Brooklyn campus. Florence Tong, a Tandon senior and president of its undergraduate student council, remembered one moment when the uneven ratio was glaring. Tong and four other girls in one of her sophomore classes were in a presentation group together. They were also the only five girls in the class.

“It was nothing that ever bothered us, but it was very apparent when it was time to go up, and we looked out like, ‘Oh wait we’re the only girls in the class,” Tong said. Despite this, Tong and other female students have never let the disparity affect them.

“When I talk to professors or my colleagues, they seem they don’t have any discrimination or any difference,” Kim said. “They just see us as one of the engineering peers. And nothing like girl versus boy or anything.”

Kim has also taken advantage of the opportunities outside of the classroom, such as women-to-women mentorship programs and the Society of Women Engineers (SWE).

“[The mentorship program] was a good opportunity for me to see there’s a very strong woman community within Tandon,” Kim said. “Also [SWE] has a national convention every year. I attended one in November. It has been encouraging for me to see a lot of women in engineering pursue their career.”

Tandon was able to enroll and retain women in their programs by increasing outreach to female high school and admitted students, adopting teaching practices recommended by NCWIT and introducing social and professional development activities designed for underrepresented groups, Professor of Computer Science and Engineering and Associate Department Chair and Director of Undergraduate Studies Phyllis Frankl said.

“I like to say I will be at peace when 51% of our students are women,” Kovačević said. “And we can use the lessons we have learned these last five years to reach for other diversity goals, in race and ethnicity.”