After a rise in coronavirus cases in northern Italy, NYU Florence has closed its campus and canceled classes for the following week, maintaining that they will resume on March 2 and continue remotely until March 29. 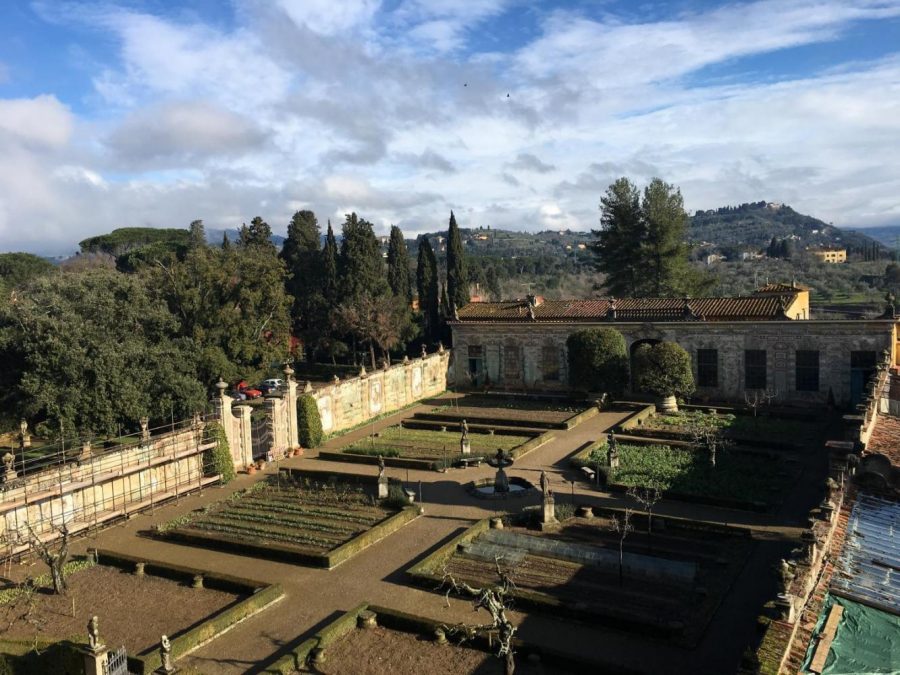 The NYU Florence campus, one of NYU’s 14 global academic centers, is located at Villa La Pietra, near Florence, Italy. Students currently studying abroad at NYU Florence have been told to leave the campus by Thursday morning. (Photo by Carine Zambrano)

Amid a coronavirus outbreak in northern Italy, NYU Florence has suddenly closed its campus, leaving students stranded as they rapidly make arrangements to leave.

According to an email circulated to the NYU Florence community Monday evening by NYU Florence directors, classes on the site have been canceled for the remainder of the week and will be offered remotely via Zoom — a video conference portal — until March 29.

There are currently 229 cases of the coronavirus in Italy, with seven reported deaths and 26 intensive care hospitalizations, making it Europe’s largest outbreak of the virus. The email sent out Monday evening assured students that there is no evidence of immediate threats to the NYU Florence campus.

In a statement to WSN, NYU spokesperson John Beckman confirmed that there were no cases of the virus at the Florence campus or at any NYU sites.

“NYU Florence will suspend all in-person operations beginning at 12 p.m. on Thursday, February 27, with an anticipated reopening date of Sunday, March 29,” the email states. “As a result, all students who are living on campus will be required to depart from their rooms no later than Thursday morning.”

The NYU Florence campus is the second NYU site to cease operations due to the coronavirus. Earlier this month, NYU Shanghai delayed the start of the semester for two weeks and is now operating exclusively through online classes.

Some students currently at the Florence campus were relocated from the NYU Shanghai campus, further complicating how the university deals with the virus’s threats to the NYU community.

“We recognize that these are challenging times, and clearly this isn’t the semester we envisioned for you at NYU Florence,” the email reads. “Indeed, some among our community are students who originally planned on being at NYU Shanghai, and this is an added hurdle for them.”

CAS sophomore Sofia Bates, who had been living in a dorm on the NYU Florence campus, said she is unsure of her next steps but is currently packing and looking for flights back to the United States. She added that she hopes to return to the campus for its projected reopening on March 29.

“Basically, my travel plans are to get out as soon as possible and move from there,” Bates said. “This is pretty stressful. [It’s] very short notice.”

Students have been told to make their own travel plans but anyone needing logistical or financial help has been given the option to seek guidance from the NYU Florence Office of Student Life.

“Staff from NYU Florence will be available to assist the students in making arrangements as needed until the campus closes,” Beckman said.

Some students called attention to the incredibly short notice of the email and that it was sent late at night, which they said made it significantly more difficult to arrange travel and housing.

Gallatin sophomore Bianca de Ayala agreed with this frustration, adding that she found the wording of the email to incite anxiety.

“A lot of us are really upset and really disappointed with the fact that they told us at 11 p.m.,” de Ayala said. “We couldn’t call anyone, no one’s answering. The email itself was really vague and ambiguous, and everyone’s panicking.”

Steinhardt sophomore Camillia Khamedoost, who is de Ayala’s suitemate, echoed the sentiment and expressed frustration with the timing of the decision.

“It’s honestly a lot that we’ve been here for a month now — we just started adjusting culturally and with one another,” Khamedoost said. “I just wish NYU was more helpful and more understanding of how much this actually means for us and our families. I think that they think they’re keeping our safety in mind but it’s actually irritating how this was handled.”

Bates was about to go to sleep when she received the news, emphasizing that she found the overall nature of the experience to be surreal.

“I reacted pretty fast, but at the same time I thought, ‘This has to be a joke’,” Bates said. “I didn’t really believe it, so I was texting a few of the friends I have here. I almost wanted confirmation that they had gotten the same email.”

“With the campus closed, NYU Florence will have significant difficulty providing support services to those who choose to remain in off-campus apartments or homestays during this period,” the email states. “We also urge you to keep in mind that if the situation in Italy worsens, it may grow increasingly difficult to travel.”

“We all cannot process that this is real,” Goz said. “It feels like something out of a movie — we’re all very much in shock.”

Goz said that she is more concerned about the interruption in her academics than the risk of potentially getting the coronavirus.

“It’s really more so the idea that the rest of the semester is very much up in the air right now,” Goz said. “As of right now we don’t have any reason to panic about the virus itself.”

Unlike Bates, Goz does not plan to physically return to the campus.

“If I go home, I can’t come back to NYU Florence,” Goz said. “I just don’t think that would be economically feasible.”

While students remain frazzled and have placed travel plans on hold, the university remains committed to navigating global students through the epidemic.

“The NYU community has, in almost all instances, responded with patience, good spirits, resilience and calm to these developments,” Beckman said. “We are grateful for that and proud of the flexibility accorded to us by our global network of academic sites.”