The NYU LGBTQ+ Center hosted a panel discussion with members of the Gender and Sexuality team from the Student Health Center last Thursday as part of Trans Awareness Week. 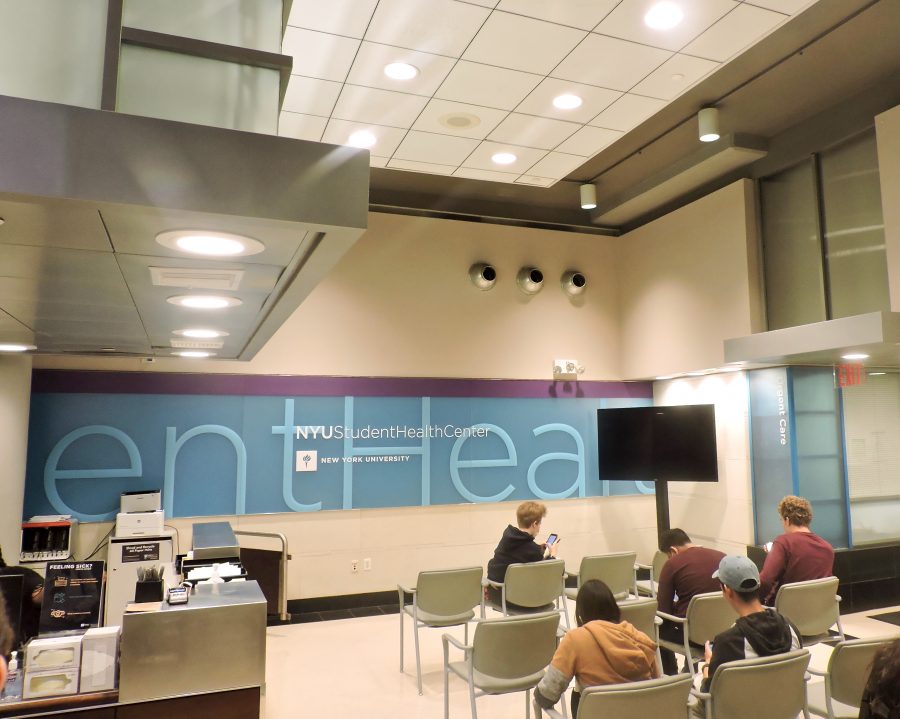 Students are responsible for many of NYU’s structural changes — it was students who got the school to remove a question about incarceration from the common application, who protested its old dining service provider, Aramark, prior to its transition to Chartwells and who were part of a task force that led to the creation of the Chief Diversity Officer position at NYU.

A relatively new student group, the Silver Trans+ student collective, hopes to be the next to bring NYU to account by pushing NYU’s Student Health Center to improve its resources for transgender students.

“The main focus of the collective is illustrating the barriers to the Student Health Center and pushing and advocating for anti-oppressive research, program evaluations, trainings and change of language around services that are unnecessarily gendered,” Silver graduate student and Silver Trans+ member Kelly Ancharski said.

The NYU LGBTQ+ Center hosted a panel discussion with members of the Gender & Sexuality team from the SHC last Thursday that discussed the existing resources for transgender and non-binary students on campus as part of Trans Awareness Week.

While NYU mandates that support and medical staff take the LGBTQ+ training SafeZone, a portion of the discussion centered around problems with misgendering and deadnaming — when a government or legal name is used rather than the patient’s preferred name.

While students can update their name and pronouns on Albert, students at the discussion spoke about their experiences getting misgendered while receiving care outside of the Gender and Sexuality Team. Previously, during an effort to recognize seniors who donated to the 1831 Fund by putting their names on the Kimmel Center for University Life’s steps, NYU put students’ deadnames on the steps as well.

Brooke Donatone, the head of the Gender & Sexuality Team, said this has been a problem for years and joked that “being at NYU, I’m sure you know you don’t get things done quickly,” during the panel discussion.

The team provides clinical options through the student health insurance policy such as hormone therapy and gender affirmation surgeries; voice modification and binding — a chest compression surgery — are also available. The Gender and Sexuality team provides wellness options, including personal or group counseling through the Counseling Services department.

Trans+ focuses on health disparities for trans and nonbinary students at the Student Health Center. It recently conducted a survey of 10 students within the Silver Graduate School Program but cited lack of funding for further research on the extent of health disparities. Trans+ has contacted their faculty and student senate representatives to demand a program review of the SHC, among other goals.

Member of Trans+ and Silver Graduate School second-year Leah Abay was critical of the training programs within the SHC.

“The amount of work [in clinical procedures] they are doing is top-notch,” Abay said. “It’s more of a structural issue, there needs to be more trans-competent training.”

Abay also called on professors to create brace spaces within the classroom, rather than safe spaces, where students have the option to assert their pronouns but don’t have to. Abay said this would make classes more gender inclusive.

Students attending the discussion proposed having the option of pronoun pins or blank nametags to express preferred name and gender identity as a solution for the problem.

In a statement to WSN, the SHC said they will pilot a new platform for its electronic health record to reduce deadnaming and misgendering in upcoming months.

The SHC has researched ways to use more gender neutral language, and said “no single, universal convention or best-practice exists among comparable health care facilities” in an analysis of 10 different health care sites. The SHC says that they are incorporating less gendered language by taking down a third of the Women’s Health signs. Still, it maintains the term “Women’s Health” is welcoming to trans, non-binary and gender non-conforming students.

While the SHC works to improve, Trans+ will continue to push them to do so due to issues Ancharski says are still prevalent in the center.

“You can say what your gender identity is but in my experience providers have not called me by they/them pronouns,” Ancharski said. “They have not affirmed my gender expression or identity. And beyond that, [there is] the fear of not receiving pelvic exams or preventative care because it’s structured under the women’s health center.”

A version of this article appeared in the Monday, Nov. 18, 2019 print edition. Email Matthew Fischetti at [email protected]