Dr. David Abrams, in the College of Global Public Health, believes that demonizing e-cigarette use discourages existing cigarette smokers from switching to them. 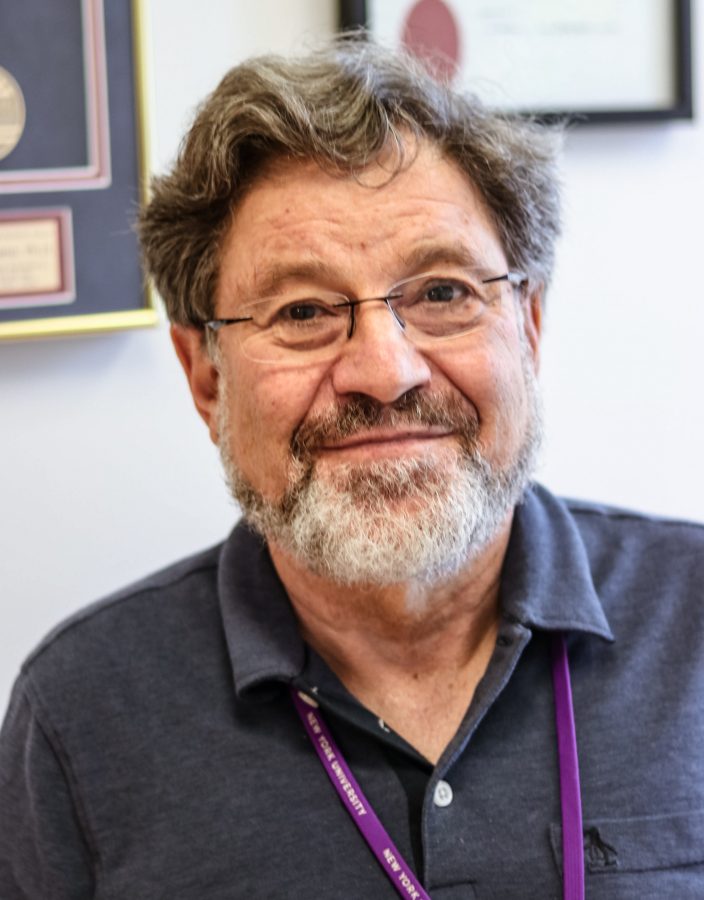 NYU professor Dr. David Abrams is concerned about the sudden backlash and legislation against vaping. He believes its risks are less dangerous than that of tobacco cigarettes. (Staff Photo by Ishaan Parmar)

Politicians and advocates have called for increased e-cigarette regulation after a rise in serious lung illnesses linked to the products. One NYU professor warns that anti-vaping policy and rhetoric may do more harm than good by preventing cigarette smokers from switching to the safer alternative.

Abrams appeared on CBS This Morning on Sept. 20 voicing similar beliefs. In an interview with WSN, he outlined why he believes action against e-cigarettes could be hazardous to public health.

“Nobody should be smoking antiquated cigarettes that kill half the people that use them when we now have a [safer] product,” Abrams said.

Smoking cigarettes can reduce one’s life expectancy by at least 10 years, according to the Center for Disease Control and Prevention. A 2017 study by England’s top public health agency found that, in comparison, vaping is about 95% less harmful.

LS first-year Brandon Bien has gone back and forth between both traditional and electronic cigarettes, partly because of the growing movement against vaping.

There have been 800 separate cases of vaping-related lung diseases and 12 deaths reported across 46 different states, according to The New York Times. The emergence of this mysterious lung disease has led to a growing public sentiment that vapes be subject to more regulation.

For instance, New York Governor Andrew Cuomo announced a ban on the sale of flavored e-cigarettes, which he hopes will go into law during New York’s next legislative session. Cuomo, like others, cited the use of vaping by young adults — about 10% more high schoolers vaped in 2018 compared to 2017, according to a study published by the National Institute on Drug Abuse.

Vapes often contain more nicotine than traditional cigarettes as well — which is a factor in why many teens who start vaping may end up smoking real cigarettes, according to a model designed by researchers at Dartmouth University.

Abrams believes that an outright ban may be misguided, particularly if it were motivated by the increase in lung illnesses. About 70 percent of illnesses, according to FDA Commissioner Dr. Ned Sharpless, were as a result of THC products. The rest, however, were either nicotine products or something else.

“Regulation is important, and so is being able to manage this in a logical, rational way without panic,” Abrams said.

Abrams believes that moving so quickly to ban flavored nicotine cartridges in an attempt to cut down vaping only gives rise to another, more dangerous form of nicotine consumption: menthol cigarettes.

“I think to destroy a less harmful product [vapes] while leaving cigarettes on the market misses the point of public health,” Abrams said.

However, Bien agrees with Cuomo that banning flavored e-cigarette cartridges is a step toward preventing underage vaping.

“Banning flavored nicotine liquid will basically prevent kids who are trying it for the fun of it from getting nice flavors,” Bien said. “I think the most important thing is preventing people [who have not smoked in the past] from using [vapes].”