The Graduate Student Organizing Committee said NYU provided an inadequate response to its demands that the professor be fired. 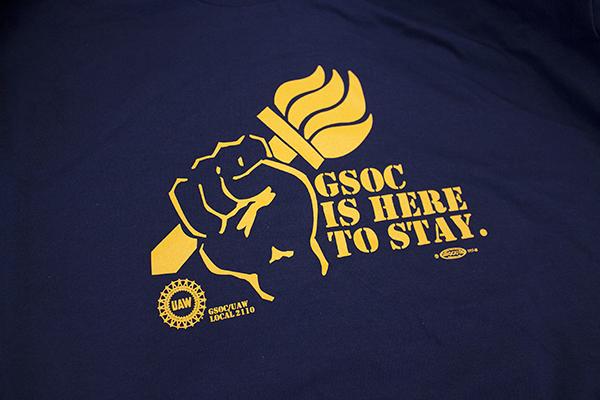 NYU and its graduate student union have been embroiled in a back-and-forth over whether or not the university should fire Professor Avital Ronell, who was found to have sexually harassed a student last year and is back teaching a course this semester. The Graduate Student Organizing Committee released a statement on Monday renewing its call for Ronell’s firing and critiquing NYU’s response to it in early September.

GSOC started a petition signed by over 600 students, faculty and staff — mainly students — to have Ronell fired for her harassment of graduate student Nimrod Reitman. After an 11-month Title IX investigation found Ronell guilty of inappropriate physical contact and text messages to Reitman, she was suspended for one academic year.

This fall, she is back teaching a course at NYU — something the university finds acceptable and GSOC does not.

“Is a one-year suspension during which Ronell taught in Europe really ‘substantial’?” GSOC’s response to NYU’s open letter states.

GSOC said it will continue to call on NYU to fire Ronell. The university responded to the initial petition, but GSOC says this response is inadequate for several reasons.

“First, we wish to note that we find your responses regarding the return of Avital Ronell unsatisfying,” the response says. “[I]n addition to the aspects of our petition mentioned in your response, there are many you did not address.”

Clarity on the Title IX Process

The GSOC petition’s first and second demands were that NYU make clear how it had determined Ronell’s punishment and provide a framework for how it makes such decisions.

The union would like there to be a uniform and transparent Title IX process in hopes that this will make it easier to hold NYU and those found to have committed Title IX violations accountable.

One of GSOC’s questions to NYU is, “has [Ronell] undergone any training as part of her return?”

In its letter, NYU notes that all university employees undergo online sexual harassment training. GSOC, as part of its demands, says there should be “regular, in-person, rigorous trainings for faculty, staff and students,” that focus on not only sexual respect, but racial sensitivity and bystander intervention as well.

GSOC said in its response that resources listed by NYU, such as the Sexual Misconduct Prevention, Assistance, Counseling and Education program, the Office of Equal Opportunity and the Wellness Center, should have updated their websites for clarity.

Although NYU’s letter says students can make anonymous reports through the OEO, GSOC says the OEO’s website does not make this clear. On its website, the OEO states:

“The Office of Equal Opportunity is limited in its ability to investigate anonymous complaints. Therefore, online submissions cannot be accepted without valid contact information from the submitter. Individuals who wish to seek advice anonymously should call the office directly.”

In addition to demanding resources be more accessible, advertised and streamlined, GSOC asks that SPACE receive additional funding. It also claims that NYU’s Wellness Center should hire additional staff as the “the ratio of counselors to students is insufficient for the needs of the community.”