The SGA announced the new members taking over the Executive Committee on Friday. 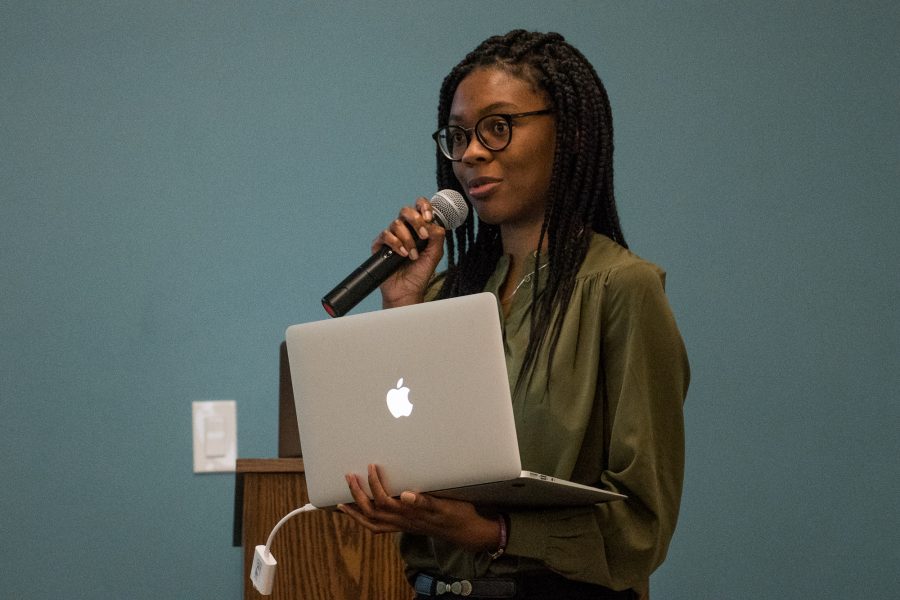 The 2019 to 2020 Student Government Assembly Executive Committee, which is the highest ranking group of student leaders at NYU, was announced Friday following all-university elections.

The executive committee’s primary responsibility is to oversee SGA, the main representative student body at NYU which is made up of President’s Council, Global Student Council and the Student Senators Council. The executive committee is elected by the rest of SGA and is responsible for appointing the members and chairs to various committees within SGA. In the case of an urgent manner where the full body cannot convene, the executive committee can act on SGA’s behalf.

Jakiyah Bradley,
SGA Chairperson
Bradley, a Gallatin junior, has previously served as a Senator at-Large for students experiencing food insecurity and students of color. As a senator, Bradley was part of the committee that voted for NYU’s new dining service provider, Chartwells, and has been working with them on ways to address food insecurity at NYU. She also served as co-chair of SGA’s Diversity Committee, which recently took steps to honor the Black and Brown Coalition by putting up a plaque for the activist group in a lounge for students of color. On the issue of food insecurity, Bradley has hosted a town hall, started a newsletter detailing resources and events related to the topic and pushed for initiatives such as discounted meal plans.

As SGA chair, Bradley will be the official spokesperson of SGA and will set the agenda for SGA meetings.

“I’m very excited to be working with Jakiyah, Flo and Rawan, and I’m grateful for the opportunity to work with the three of them in making NYU a more inclusive space,” Kosar said in an email to WSN.

Kosar will be responsible for placing students on University Senate and university-wide committees in addition to overseeing student government’s grievance process as the SSC vice-chairperson.

Rawan Dareer,
Global Student’s Council Vice-Chairperson
Dareer is a junior studying Political Science at NYU Abu Dhabi. As the global vice-chairperson, Dareer will be the main contact for the global network and serve as the New York campus representative on the Global Student Council. She serves as the Global Affairs Committee Chair for NYUAD’s student government. She also is a junior editor on the editorial board of NYUAD’s Journal of Social Sciences, with academic interests in colonial legacy and political theory, particularly pertaining to democracy.

“I am very excited to be a member of this incredible team, and look forward to working towards making a positive impact on our entire NYU community,” Dareer said in an email to WSN.

Florence Tong,
PC Vice-Chairperson
Tong, who is a Tandon junior studying Computer Engineering, serves as the Tandon Undergraduate Student Council president. As president, Tong worked with the Dean of Undergraduate Academics to create a three-credit internship course. Tong also hosted a Tandon Townhall for students to voice their questions and concerns with the university and helped create a new student lounge space in 6 MetroTech.

As the PC vice-chairperson, Tong will oversee all university programs and clubs as well as coordinate President’s Council meetings.

“I think we have a diverse group that will be leading SGA next year, and I look forward to seeing the difference we can make,” Tong said in an email to WSN.

A version of this article appeared in the Monday, April 22, 2019, print edition. Email Bethany Allard at [email protected]