Professor Accused of Sexual Harassment to Return to NYU

After an 11-month Title IX investigation found Professor Avital Ronell responsible for sexually harassing her doctoral advisee and led to her suspension, the professor will return to NYU to teach in the fall. 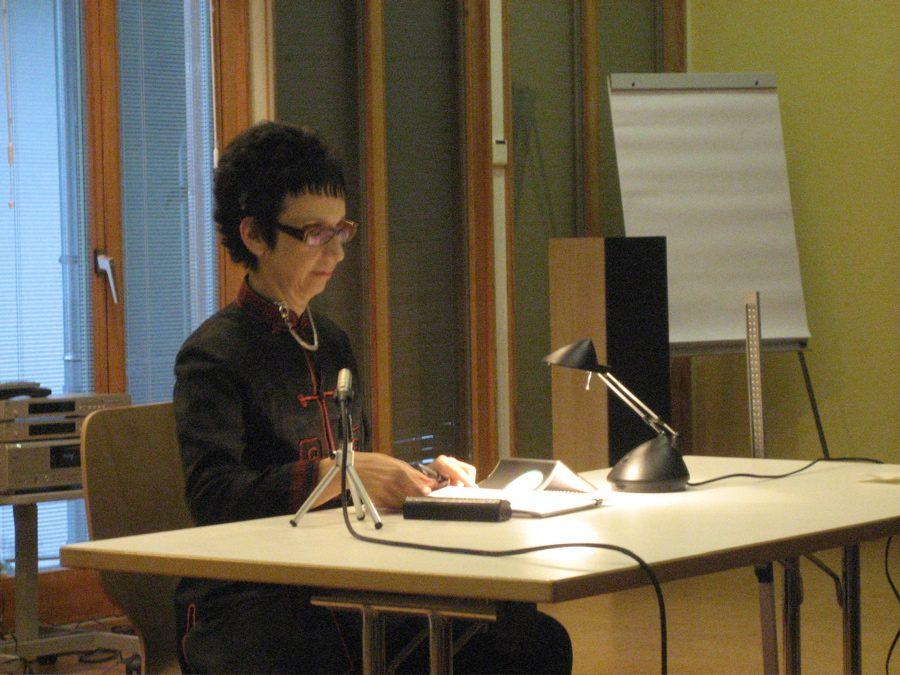 Professor Avital Ronell (pictured) will return to NYU in the fall after being found responsible for sexual harassment last year. The Student Government Assembly published a letter on Friday condemning her return. (via Wikimedia Commons)

German and Comparative Literature Professor Avital Ronell — who was found responsible for sexually harassing a former graduate student — will be returning to teach at NYU this fall, as reported by NYU Local.

Ronell’s return comes after an 11-month Title IX investigation last year concluded that she had sexually harassed her doctoral advisee Nimrod Reitman for three years. In the report, Reitman alleged that Ronell had nonconsensually touched and kissed him on multiple occasions. After the investigation, Ronell was suspended from NYU for the 2018-2019 academic year without pay.

In an interview with the New York Times last year, Reitman described in the Title IX report how Ronell treated him while on a trip in Paris.

“She put my hands onto her breasts, and was pressing herself — her buttocks — onto my crotch,” Reitman said. “She was kissing me, kissing my hands, kissing my torso.”

In a statement to The New York Times last August, Ronell defended her interactions with Reitman.

“Our communications — which Reitman now claims constituted sexual harassment — were between two adults, a gay man and a queer woman, who share an Israeli heritage, as well as a penchant for florid and campy communications arising from our common academic backgrounds and sensibilities,” Ronell wrote. “These communications were repeatedly invited, responded to and encouraged by him over a period of three years.”

After the university concluded the investigation, prominent academics like Judith Butler and Slavoj Žižek, who has taught at NYU, signed a letter testifying to Ronell’s character and intellectual prowess. The letter brought scrutiny to the #MeToo movement because Ronell had the continued support of prominent feminist scholars even after she was accused of sexual misconduct.

“We have all seen her relationship with students, and some of us know the individual who has waged this malicious campaign against her,” the letter said. “We wish to communicate first in the clearest terms our profound an[sic] enduring admiration for Professor Ronell whose mentorship of students has been no less than remarkable over many years.”

When Reitman filed the lawsuit last year, university spokesperson John Beckman said in a statement to The New York Times that the university was sympathetic to Reitman, but did not see merit in the lawsuit.

“Given the promptness, seriousness and thoroughness with which we responded to his charges, we do not believe that his filing a multimillion-dollar lawsuit against the university would be warranted or just,” Beckman said in the statement.

In fall 2019, Ronell will be teaching a graduate course called “Unsettled Scores” in conjunction with the English, German and Comparative Literature departments. According to the description on Albert, the course will focus on historical themes of violence, trauma, sovereignty and forgiveness.

Ronell did not respond to a request for comment by time of publication.

A version of this article appeared in the Monday, April 22, 2019, print edition. Email Meghna Maharishi at [email protected]