José Andrés spoke about the importance of adaptability in disaster-stricken areas at Skirball on Monday. 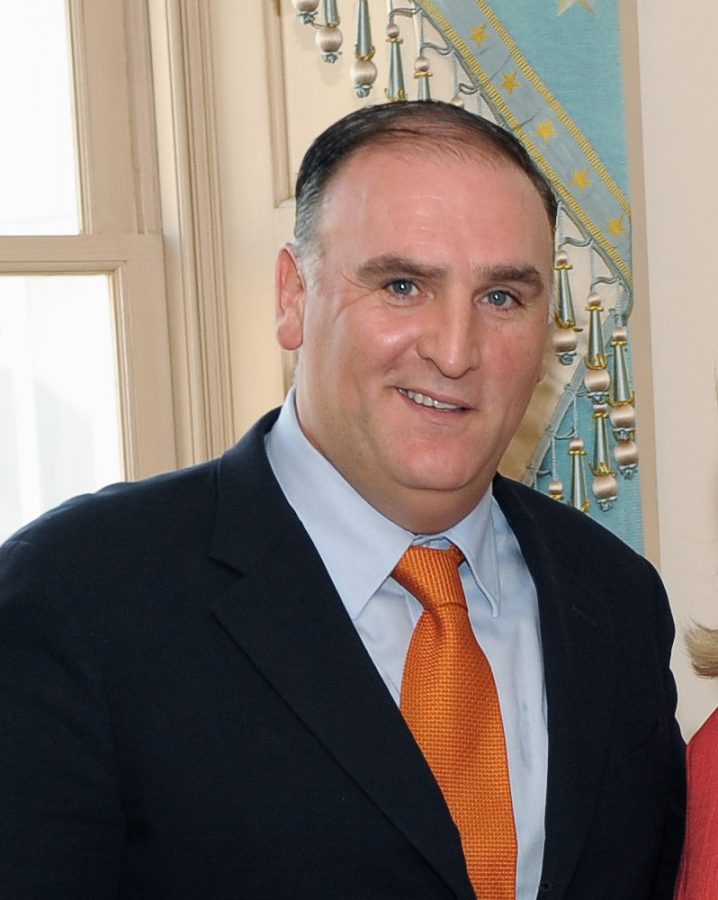 Chef Jose Andres spoke at NYU as part of the Skirball Talks series on Monday. (via Wikimedia Commons)

Andrés spoke about his humanitarian work — for which he was nominated a Nobel Peace Prize in November — at the Skirball Center for the Performing Arts on Monday. The chef, who has been an outspoken critic of President Donald Trump’s response to Hurricane Maria, is the founder of a nonprofit organization that primarily serves food in disaster-stricken areas to fight hunger called World Central Kitchen.

Reflecting on his time serving in Puerto Rico, where his organization was able to provide almost 150,000 meals a day to residents in Maria’s aftermath, Andrés stressed the importance of more active advocacy and less bureaucracy when it comes to emergency aid.

“There was a lot of people that the government sent [to Puerto Rico], but sometimes you feel they are all in the headquarters on computers and Excel spreadsheets,” Andrés said. “We are more [of a] boots-on-the-ground type organization.”

According to Andrés, the United States’ centralized aid efforts exclude the voices of the locals most affected by disaster events. He believes a better way to begin the rebuilding process would be to listen to locals more.

“In emergencies, locals know best how to take care of their own,” Andrés said. “We need to achieve a better moment where those organizations coming in to help people — in America or around the world — listen to the locals more and bring them into the solution.”

Andrés also found that most aid responders overplan relief efforts, so when reality does not match their set protocols, they freeze up.

“Adaptation is probably the best tool of the World Central Kitchen,” Andrés said. “If we plan too much, chances are that things are going to be completely wrong. Adapting always in these scenarios is going to be more important than planning.”

Andrés’ outlook on using food as a means to help others inspired audience members like Steinhardt junior Nicole Garcia.

“I learned so much from him,” Garcia said. “Being in nutrition, I want to do something that will give back, that will help and hopefully start my own company so I think listening to all the things he said, I’m taking a lot home with me.”

Steinhardt junior Leah Ortega remarked on Andrés’ dedication to his work and said she found him to be humble.

“It’s nice to see someone that’s not concerned with their own fame,” Ortega said. “[Someone] concerned about what they’re doing for other people.”