University Confirms Aramark Out, Chartwells In

The university will be prioritizing continuing employment, among other things, as it looks to transition to the new dining service provider. 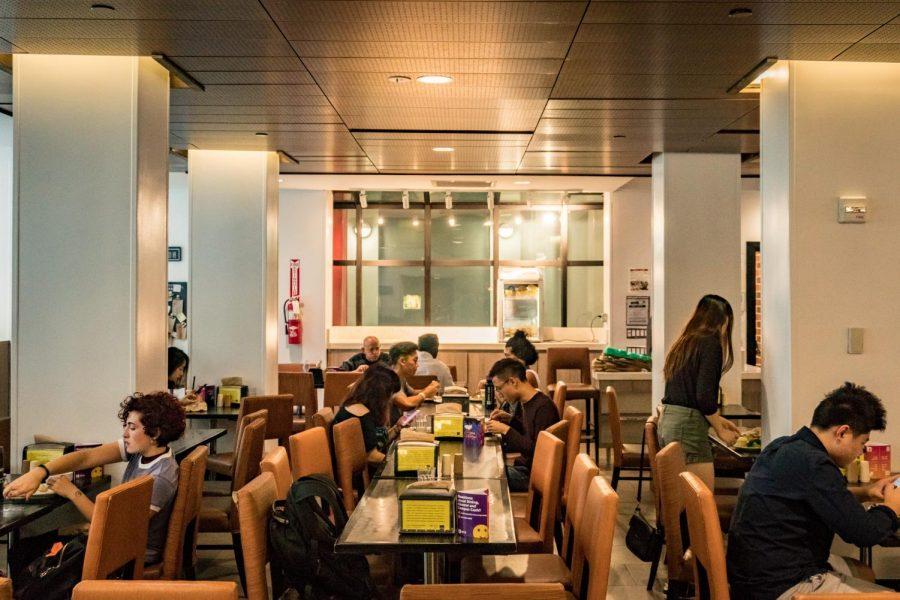 Chartwells, a division of Compass Group, will replace Aramark as NYU's dining service provider starting this summer. Recently, Aramark revamped Third North Courtyard Cafe (pictured above) to Harvest Table in its attempts to continue its contract. (Photo by Tony Wu)

NYU will begin negotiations with Chartwells, a division of Compass Group, to take over on July 1 as the university’s dining service provider, according to university spokesperson John Beckman.

News broke on Tuesday that NYU will not be renewing Aramark’s contract. The controversial company, which has been the university’s provider since 1976, has had several scandals in recent years, including a failed health inspection at Lipton Dining Hall and a racially stereotyped Black History Month meal at Downstein. After the failed inspection, the university initiated a request for a proposal process that lasted five months during which initial competitors of Aramark, Sodexo, Compass Group and AVI Foodsystems fought for a five-year contract.

With Aramark out, the university is set to undergo a transition process which may result in changes to meal plans, dining halls and the employment status of current NYU Dining employees, who are contracted by Aramark.

Beckman said that the university will be considering a list of factors as the negotiations continue, including keeping on the current dining staff.

“[A]mong the priorities that we will be looking to address during the course of the negotiations will be continuity of dining staff, affordability issues, responding to issues of food insecurity and reducing food waste and improving sustainability,” Beckman said in a statement to WSN.

CAS senior Amanda Lawson, a member of the Incarceration to Education Coalition — a student activist group that has continually protested Aramark for its ties to the prison-industrial complex — took to Twitter to support the continued employment of the staff, particularly workers of color.

“Students, we CAN’T let NYU get out of retaining ALL our black/brown workers in the switch!” Lawson said via Twitter.

Like Aramark, Compass Group has been criticized by student activists for its connections to prisons. The company has been fined multiple times for workplace safety violations as recently as January, The Miami Herald reported.

Chartwells’ website states that it partners with 280 campuses across the United States, including the University of Miami and Northwestern University, the latter of which switched to the provider last year in place of Sodexo and Aramark.