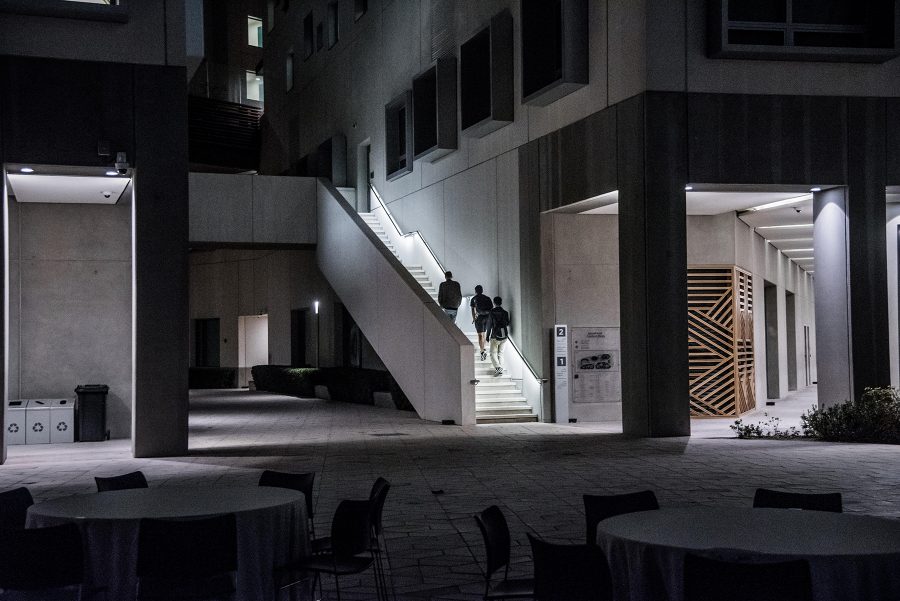 Public information on NYU Abu Dhabi is limited — to say the least. From labor abuses involved in building the campus to professors who have been denied entry, much about the site has been kept quiet. According to tax returns, though, here’s what we do know: NYUAD is completely funded by the government of the United Arab Emirates.

As originally reported by The Gazelle, NYUAD’s student newspaper, the tax returns of NYU and NYUAD are publicly available on ProPublica.

In the past, NYUAD has faced controversy over visa denials of professors some said were due to their religious beliefs or their research fields. Other professors have claimed that academic freedom is limited in the region. When the Emirati government arrested U.K. postgraduate student Matthew Hedges and sentenced him to life imprisonment for espionage charges last year, faculty pointed to his arrest as another example of a lack of academic freedom in the country.

Since its creation, government grants have made up an average of 99% of NYUAD’s revenue — something abnormal for private universities — with the rest coming from investment and rental property income. In a country that has come under fire for increasingly restrictive laws that inhibit free speech, criminalize same-sex relations and discriminate against women, NYUAD has faced scrutiny for its relationship with the UAE’s government.

Hedges, who was released last year after international pressure on the UAE, said that a fear associated with monetary exchanges is that the independence of those receiving the money, in this case, NYUAD, is lost in the process.

“In the U.S., it’s a bit more complicated, simply because of the amount of money that there is in the States from these Middle Eastern countries,” Hedges said in an interview with WSN in February. “The Center for American Progress had to publicly state that they wouldn’t take more money from these Middle Eastern states because it was affecting their independence in their own analysis. There is an effect.”

Although Hedges claims the CAP made its decision due to an affect on its independence, all public statements made by the CAP have refuted this, and instead cited wishing to cut ties with authoritarian regimes deemed undemocratic by the CAP.

The UAE government funds the costs associated with NYUAD, as was referenced in a 2007 provost’s report overviewing the terms between NYU and the UAE government. Even the costs of construction — which was criticized for labor violations that included housing as many as 15 workers in a room and breaking strikes through police retaliation — were covered by the UAE, as former NYU President John Sexton mentioned in his initial announcement about the campus.

In a statement to WSN, NYUAD spokesperson Kate Chandler said that the university is looking into ways to obtain other forms of revenue.

“As NYU has long made clear, the government of Abu Dhabi addresses the costs associated with the NYU Abu Dhabi campus,” Chandler wrote in an email. “That said, as the institution continues to grow, NYUAD is looking to diversify its sources of revenue in [the] future through external research grants, philanthropic support and other programs and services.”

At NYU’s Washington Square campus, grants and funding make up about 20% of revenue. Totalling over $6 billion in 2017, NYU’s revenue is much greater than NYUAD’s $164 million.

“I was interested to note the number of sponsors mentioned,” Kennedy said at the forum. “Where is NYU Abu Dhabi in that? Why are three people and [Lockman] here with an antagonistic voice on NYU Abu Dhabi without any of the faculty there on this floor? It strikes me as a bit flawed. I’m not sure there’s a level playing field here.”

NYU’s revenue is around 40 times that of NYUAD’s, but it spends only 20 times more than its Abu Dhabi counterpart on salaries and benefits. Using estimates from NYU and NYUAD concerning the number of employees at each university, NYUAD staff members are paid around $15,000 more on average in yearly salaries and benefits.

In the UAE, there are strict restrictions on research. After the arrest of Hedges, some NYU professors brought up the concern that their counterparts at NYUAD may not have as much freedom to pursue their work. Lockman suggested that the administration would not address the issues surrounding NYUAD due to their monetary ties.

“If you go back, John Sexton and Andrew Hamilton said there would be complete academic freedom,” Lockman said in an interview with WSN in November. “We need a conversation as a community, and, unfortunately, the administration doesn’t want to have that conversation, because they made a pact with the devil.”

Update, April 8: A representative from the Center for American Progress contacted WSN and stated the center only refused funding from Middle Eastern countries because it deemed authoritarian regimes undemocratic. This article has been updated with this information.

A version of this article appeared in the Monday, April 8, 2019, print edition. Email Victor Porcelli and Meghna Maharishi at [email protected]