BROCKHAMPTON Rests On Its Laurels With “GINGER”

The band’s new album does a solid enough job, but could have been so much more. 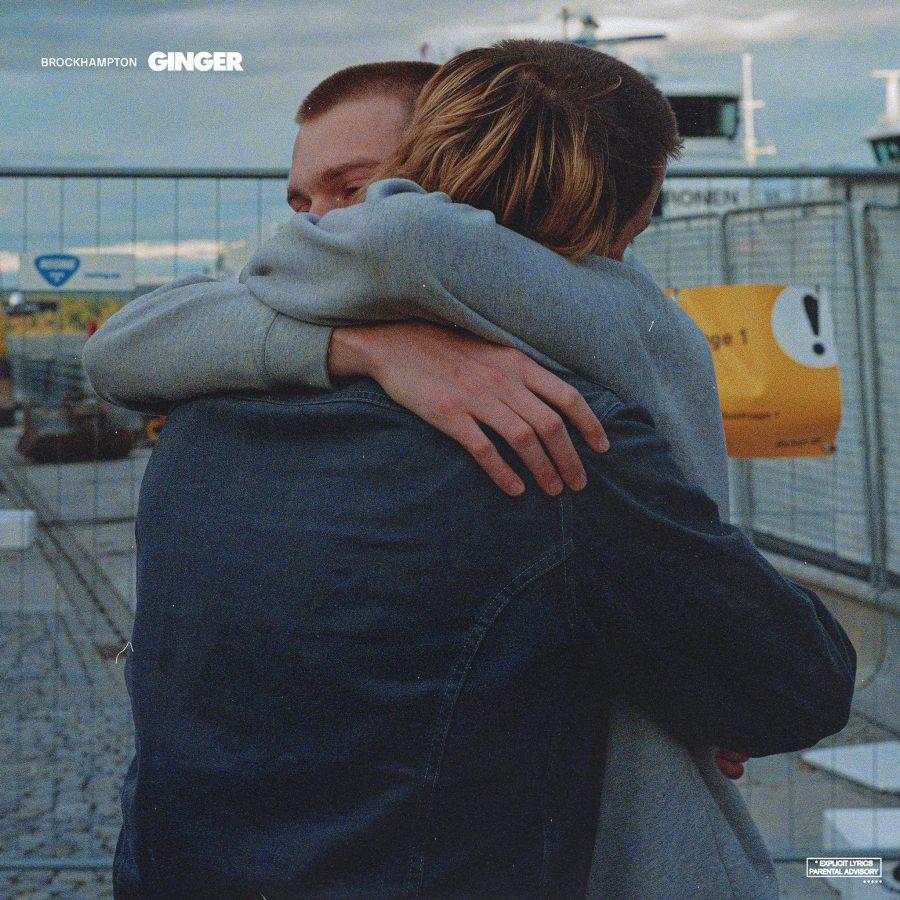 BROCKHAMPTON released its new album, GINGER, on Aug. 23. (via Twitter)

Maintaining their streak of a project per year, genre-bending boy band BROCKHAMPTON released its sixth album “GINGER” as a swan song after a summer chock full of large-scale music releases. After such a rapid rise in popularity over the last few years, the band now stands as one of the most unique icons of modern music. Unfortunately, it seems like the journey may have been more exciting than the destination. While “GINGER” is competently produced and features some new hits, its overall lack of ambition leaves it feeling like a step down from what came before.

For much of its 12-track runtime, “GINGER” layers low-key, reserved beats under the members’ hallmark style of playing round-robin with vocals. The songs generally do flow well, but tonal uniformity strips many tracks of an identity to call their own. The band’s trademark forays into other genres and stylings like R&B and rock are few and far between. While some might argue this choice makes the album more stylistically focused, it can make a full listen-through feel rather repetitive.

When the group does dare to experiment, it pays off in the form of the album’s standout tracks. “SUGAR” is a warm, dizzy confession of love that will no doubt dominate many romantic playlists in the coming months. “BOY BYE” and “IF YOU PRAY RIGHT” are the catchiest songs on the record, delivering smooth verses on top of some delightfully off-kilter beats. “DEARLY DEPARTED” is a beautiful confession of hopes, worries and emotional scars that feels like the band at their most sincere.

As ever, thankfully, the lyricism is top-notch; introspective and thought-provoking verses abound for each of BROCKHAMPTON’s members. Even on songs that don’t stand out much, breaking down and dissecting their rich lyrics is a treat.

As its several strengths make clear, “GINGER” is not a bad album. It has a fair few highlights and it never dips below adequate. The problem is that it lacks the innovation and experimentalism one has come to expect from a band that has constantly reinvented themselves in the past. It mostly feels like ground that has been trodden on before. Solid enough ground, but unexciting ground nonetheless.

It is quite clear that BROCKHAMPTON still has many creative ideas to bring to life with their ever-expanding discography. Unfortunately, “GINGER” ends up feeling like a bit too much of an unnecessary entry without much of its own to add. Band frontman Kevin Abstract took to his Twitter on Aug. 28 to say that the new album “is literally where we at right now.” I can respect that. I’m just not entirely sure I want to join them there.

A version of this article appears in the Tuesday, Sept. 3, 2019, print edition. Email Ethan Zack at [email protected]