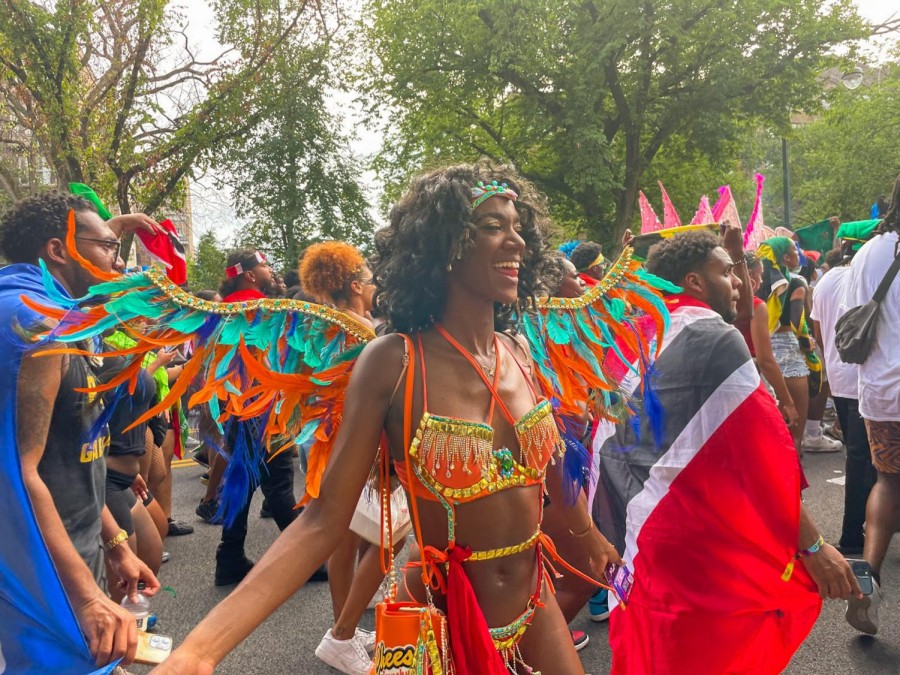 As a Jamaican American who lives in Brooklyn, I grew up listening to classic reggae music and soca. The return of the West Indian Day Parade, also known as the Labor Day Parade, was enough reason to buy a Jamaican flag and hop on the 4 train with my friends all the way to Eastern Parkway on Sept. 5.

The parade has roots in Harlem, where founder Jesse Waddle and her West Indian friends celebrated Carnival costume parties in ballroom spaces throughout the 1920s. The nature of the celebration soon required a bigger venue and turned to the streets on Labor Day once Waddle received a street parade permit in 1947. Over the years, the parade honoring the labor force grew into a celebration of Caribbean culture.

Over 500,000 people of Caribbean descent live in New York City. As one of them, I’m glad this parade lets people be themselves while being surrounded by their own culture. I saw some friends who went to high school with me in Brooklyn walking in the parade and my neighborhood Icee lady selling slushies and ice cream. Multiple Italian ice vendors and water bottle sellers strolled past me. People eating guinep or limoncillo or quenepas or whatever aliases that delicious Caribbean lime fruit wants to be called. I realized the parade wasn’t only celebrating Caribbean culture, but also the borough of Brooklyn.

It would be a disgrace if the West Indian Day Parade didn’t exist. It’s the one time of year where Caribbeans in New York City can embrace their culture and share that with others. Everywhere I turned that day, people surrounded me, dressed up in bright vibrant colors of the flags of different Caribbean countries.

Caribbean culture is everywhere in Brooklyn. Every time I go to a party in Brooklyn, I always hear the DJ play at least five dancehall songs. Brooklyn is ingrained in Caribbean culture and vice versa. “Just like Coney Island mi know seh yuh full of fun” is a lyric sung by popular Jamaican artist Vybz Kartel referring to Luna Park in Brooklyn. The West Indian Day Parade belongs in Brooklyn and should continue to stay there — as long as Brooklyn has Caribbean residents.

I danced to the soca music pouring out from the big trucks. I waved my Jamaican flag and my friend waved her Haitian flag while the smoke from the multiple grills blew in my face. I bought jerk chicken from a Jamaican food vendor. I sipped some of my friend’s nutcracker — a fruity cocktail only found in New York City in the summertime.

The parade and Brooklyn gave me a place where I belong. If you’re Caribbean and currently live in New York City, I suggest you go to the West Indian Day Parade. I felt at home at the parade and I know you will, too. Next year, I plan to be on a float and play más in the parade!