Ranked: What is the best NYU dining hall?

A senior’s ranking of NYU’s dining halls — take this with a grain of salt since the university's dining options don’t have any. 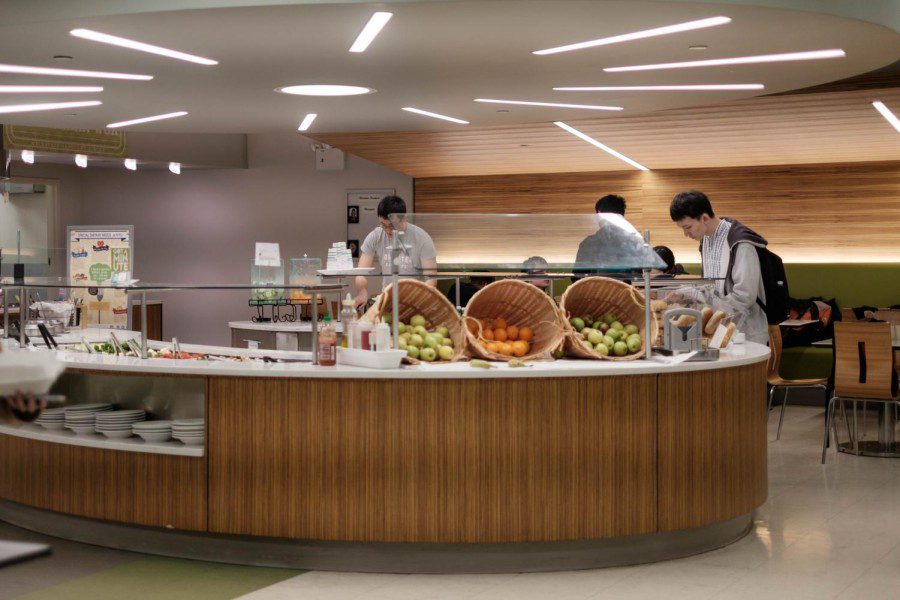 As a veteran of the NYU Eats dining hall experience, it’s about time I lend my four years of expertise to answer the long-debated question: What are the best dining halls?

With eight NYU Eats dining hall options on the Washington Square campus — not including the cafes and market convenience stores — there are almost too many options. But, of course, NYU students only care about which one has the best food and room to sit. And for my fellow picky eaters and those with dietary restrictions, it’s good to know which dining halls are suitable for us.

So debate all you want whether Palladium, Lipton or Kimmel is the best, but from a senior that still has a dining meal plan, I’m here to offer my two cents.
Washington Square campus

Unfortunately for Tandon kids, NYU’s Brooklyn campus only has two options — Jasper Kane Café and Bridgeview Market — and, let’s face it, Jasper Kane Café is better. At least, that’s the only one I’ve been to in Brooklyn and I vaguely remember it being the most popular.

But this semester, Café 370 was added to the mix. It’s giving more Starbucks, Dunkin and Peet’s Coffee vibes, which I didn’t rank for the Washington Square campus since they don’t count as dining halls — but I’m glad there’s finally a coffee place for our Tandon friends. Honestly, you can never expect too much from dining hall food. It’ll always be a little bad. But to make your dining experience just a little more bearable, find which one is the best for you, and stick with it.