Eataly’s elaborately decorated SERRA ALPINA by Birreria leaves much to be desired in terms of service and meal quality. 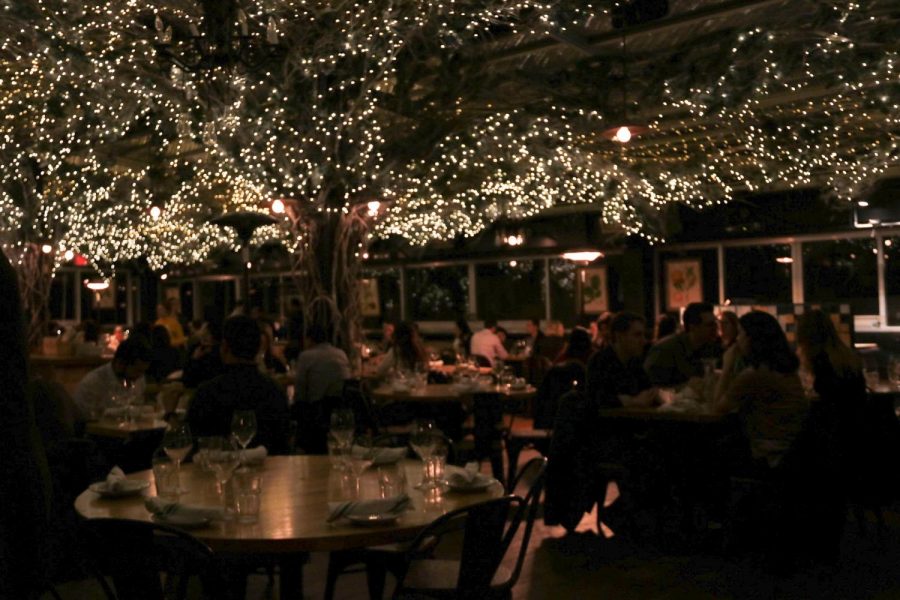 SERRA ALPINA by Birreria in Eataly is a trendy restaurant on social media. Despite the unique concept, it provided a rather underwhelming experience. (Staff photo by Alex Tran)

When I returned to New York after being away for winter break, I was looking forward to one thing in particular: food. The restaurants in the city are arguably some of the best in the world, and if I’m being honest, were a major reason why I chose to go to college here. A week before flying back I made a reservation at what I thought was one of the hottest spots: SERRA ALPINA by Birreria in Eataly.

According to Time Out New York, “If Italian hygge was a thing, this would be it.” If you don’t know this spot by name, you’ve definitely seen it on social media. A unique restaurant concept and one of the most Instagrammable places I’ve ever seen, this rooftop eatery runs on a seasonal format, changing its menu and decorations four times a year. In spring, the ceiling and walls are covered in gorgeous pink flowers to match the cherry blossoms that bloom on the city streets, and in winter, an alpine theme is displayed, with pine trees and string lights taking over the room. I had seen the restaurant numerous times on social media and heard about its excellence from friends. All those things considered, my hopes (expectedly) were pretty high. I booked a table and took one of my friends who had been there last year for the spring theme and loved it.

When we entered, I immediately noticed how beautiful the space was. Sitting down to order, I scanned the menu thoroughly, hoping to devour a filling pasta dish. I was shocked to discover that there was no pasta on the menu — not a single course. When I asked the waitress to confirm if there was any pasta, she answered “No, we try to focus on our risotto dishes.” Reluctantly, I ordered the risotto alla barbabietola, beet risotto with goat cheese, pine nuts and chives as my entree, and the burrata as an appetizer to share.

The burrata appeared quickly with two slices of toast, and the taste was impressive considering I have high standards for my burrata. It was disappointing, though, to realize that Serra served just enough bread slices for the number of guests at the table. The group of four sitting next to me received four pieces of bread with their burrata, which seem unfair, considering the price is $19 regardless of the number of guests.

The entrées arrived relatively quickly, and I was ecstatic to find my risotto covered in beautiful magenta sauce. With the first bite, I immediately tasted the deliciously intertwined flavors of the goat cheese and pine nuts. Despite tasting good, the dish wasn’t extraordinary by any means. I felt like it could have been made at home quite easily, with only four main ingredients required. My friend ordered the insalata mista, which came with mixed greens and seasonal vegetables, topped with an apple cider vinaigrette. I had considered ordering one of the salads, but all three looked as if they could have been made at home, while costing a minimum of $8 extra for just an add-on of chicken. Market fish and steak add-ons cost much more.

Regarding the general ambiance, I’ll give it to the creators: a seasonal restaurant idea

is a smart business move, especially with a rotating menu to keep customers on their toes. With that said, the service seemed mediocre; while the food came to us promptly, the check-

ins from our waitress were few and far between. She barely came to our table besides bringing our food, despite us needing our water glasses refilled several times even though she didn’t seem busy with other customers. Additionally, the space was exceedingly loud, with tables placed closely and the sound reverberated off of the ceiling and walls, making it hard to have a conversation.

Now, what’s the verdict on SERRA ALPINA by Birreria? After a very underwhelming night, my friend and I decided that it’s a restaurant suited well for an order of burrata and a drink, and most importantly, to snap some Instagram pictures.