Coke v Kombucha: I Swapped Diets With A Friend For A Day

I, with the diet of a hormonal teenager, did a food swap with a friend who eats like an actual adult human! 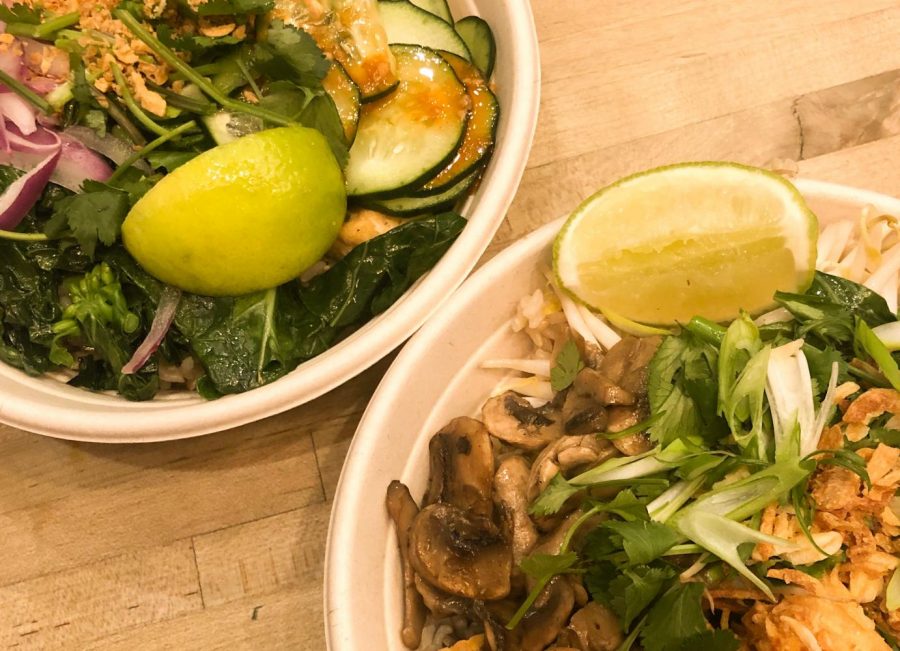 I did a food swap with Steinhardt Senior Malvika Lele. Unlike the hormonal teenager's diet I had, she ate like an actual adult human. (Photo by Ria Mittal)

You know how in “Home Alone,” when Macaulay Culkin’s character realizes his parents aren’t around and he can do whatever he wants so he just drowns himself in a sh-tload of pizza, ice cream and other junk food? That’s exactly how I’d describe my diet while in college. I don’t care to branch out and try new things either — it’s a fixed rotation of Domino’s, Subway, instant noodles, Coca-Cola and maybe some Thai food here and there.

My friend Malvika Lele, a senior in Steinhardt, on the other hand, has a much more open minded take on food. She’s always out trying cool new restaurants and cuisines, cooking bright and colorful meals for herself — she’s even got her own food Instagram — and paying close attention to what she puts into her body. You can imagine how incredibly strange it was for us to switch diets for a day.

We decided we would tackle each meal in a slightly different way — for breakfast we’d just pick up what we would usually eat ourselves for each other, for lunch we’d grab food together and order for each other and for dinner we’d cook what the other would usually cook. I didn’t think it would be that hard — after all, it was only one day.

But then, Malvika sent me the list of ingredients I’d need to pick up for dinner. Dinner had seven ingredients. Seven! My dinner usually consists of two ingredients at the max, both of which come out of a packet. She also added another aspect to her diet, other than just the three meals: the dreaded kombucha. It’s safe to say I was pretty intimidated going into it.

Breakfast went by pretty smoothly, since we both tend to keep it pretty light — she ate a packet of blueberry Belvita, like I usually would, and I ate an apple with almond butter. The drink for this meal was just a cup of warm water.

For lunch, we wanted to go somewhere really customizable so we chose MIGHTY Bowl on MacDougal and actually ended up ordering pretty similar tofu rice bowls for each other. Unfortunately, they were not similar enough.

Malvika seems to think mushrooms are an acceptable thing to eat, but red onions are not. So while she picked the onions out of the bowl I ordered for her, I braved the god-awful mushrooms she ordered for mine. It truly made me reconsider our friendship. What saved me, however, was the Adobo sauce she picked for me — its description hadn’t seemed appealing to me at all, but I actually enjoyed it with everything else in the bowl.

After lunch was the moment I had been dreading all day: kombucha time. I’ve seen the Kombucha Girl video, I was not ready for such a culinary roller coaster ride and just really didn’t want to have to drink fizzy yeast juice. But, I told myself, if I braved the mushrooms, surely I could brave kombucha. So we stopped by Space Market and picked up some six dollar Pink Lady kombucha. I was expecting to spit it out as soon as the liquid touched my tongue — I even made Malvika film my reaction — but to everyone’s absolute shock, I really liked it. It tasted like a slightly tangier kind of soda, and I was all about that.

Finally, for dinner, Malvika came over to help me cook her tofu tortilla dinner while I forced her to cook some Indian instant noodles. The cooking process was definitely not as scary or difficult as I thought it would be, and we actually had a lot of fun putting everything together. She also taught me little tricks for cooking, like how to roll a lime before you juice it and how to zest things without zesting off your fingerprints too. Unsurprisingly, incorporating Malvika’s expert chef skills led to an extremely tasty meal for me. Malvika didn’t fare quite as well, as she cooked the noodles with way too much soup. She still enjoyed my habitual meal, but didn’t see it as something she would enjoy on the regular. Right before bed, I drank her cinnamon, ginger and turmeric tea and slept like a baby.

All in all, going from eating like a 14-year-old boy to eating like an actual adult was a pretty positive experience for me. I usually snack a lot, but I found that if you actually eat proper meals at proper times, you don’t really need to. It had also been a while since I’d actually eaten fruits and vegetables — let alone both in one day — so that actually made me feel more awake and just overall better during the day. I have also officially been converted to a booch lover — I love it now, and plan on drinking some everyday. Overall, I would definitely recommend a food swap with a friend — not only will you try new things, but it’s also incredibly fun.