Let’s get this bread — together. 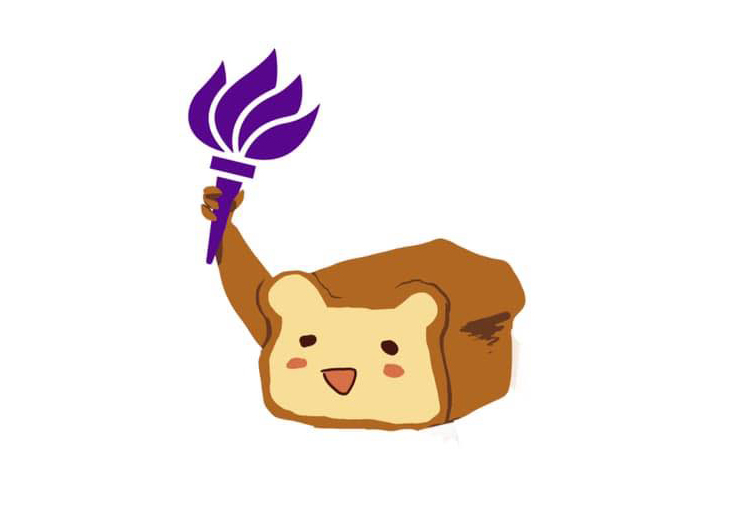 NYU Bread Club, started by CAS sophomore Grant Lee and Andrew Huang, is a group of passionate students who share the bread, and build meaningful connections. (Via Facebook)

CAS sophomore Grant Lee knew he wanted to start a club this year — all he needed was an idea. In the nick of time, inspiration struck him and fellow CAS sophomore Andrew Huang.

“We were sitting at another club’s event and my friend realized clubs get free food, right?” Lee said. “So we could really capitalize on that and bring people together and enjoy different kinds of food.”

And just like that, NYU Bread Club was born.

Lee and Huang have submitted the proposal for Bread Club, and if everything is approved, it should become a full-fledged all-university club in the spring with Lee as its president.

“My vision would just be, you know, people come together and share bread and talk about whatever life they live, whatever culture they share,” Lee said. “I feel like although NYU is diverse, a lot of times [students get] stuck with their own race, culture or region they came from.”

Huang added, “I don’t think NYU’s a very connected school; we don’t have a lot of school spirit. No one really comes together for anything. So I think Bread Club could be, possibly, that place where everyone comes together and they actually share everything.”

While most cultural clubs at NYU unite students of the same background, Bread Club strives to be a cross-cultural club whose members’ common ground is bread.

“Bread is just like a mediator, you know,” Lee said. “It’s an excuse to bring on more discussion with people and get more exposure to different people and cultures.”

Bread has the added benefit of being the base of many dishes, allowing the club to bring in other foods to go with their bread. It’s also affordable enough on a tight budget.

“We all want to save money, so if we’re going home we’re eating peanut butter and jelly on bread every day,” Huang said. “That’s kind of boring.”

Huang hopes that by exposing students to different types of bread, the club can give students a foundation for more exciting meals.

At a typical Bread Club meeting, students would share a loaf from a grocery store or bakery and use it as a starting point for discussion, Huang said. However, he and Lee have lots of ideas for special events, ranging from bread-baking lessons and talks from local bakery owners to bread-eating contests and debates.

“I think there can be some kinds of events or small shenanigans that make you happy or excited,” Lee said.

Students are already enthusiastic about the prospective club.

“I think I would probably go to the events to try to make bread,” CAS sophomore Tatiana Robb said. “You know the ones where you braid them? Those are really cute, and everyone likes bread.”

CAS senior Jebb Baguioro was also eager to check out the events, even proposing his own idea for a fundraiser.

“I’m a huge fan of the Great British Bake Off,” he said. “If they did like a competition, I mean I don’t know how many serious bakers there are on campus, but I would pay big money for tickets. I would pay to be, like, a judge sampling [breads].”

CAS first-year Madeleine Munn spoke to the idea of bread as a unifier.

“It’s a little less controversial than a lot of other things,” Munn said. “Like you don’t have to talk about who’s right and who’s wrong, it’s just interesting to see other people’s breads. I’d be like, ‘Oh, a new bread I’ve never heard of that goes with your culture. Love it! Support you!’”

These positive responses are great news for Bread Club. However, they also illuminate its primary shortcoming so far — advertising. Without an understanding of the club’s goal of student body unification, the name “Bread Club” might only be understood to mean free snacks for students.

“If you just say “Bread Club” then I think most people might not see the point to it,” said CAS sophomore Marilyn Ramos. “The Cheese Club, for example — I have no idea what the Cheese Club does, all I know is that there’s a Cheese Club. So I think it’s important that it doesn’t become just “the Bread Club,” but the club that does this and that through bread.”

The Bread Club’s Facebook group is already at 144 members and counting. Though the club application process can be a pain, according to Lee, it’s worth the effort for any motivated student.

“If you’re passionate about something, I think anything can come true,” he said.

And with the rapid accumulation of support for Bread Club, this is proving to be true. As Lee put it, “You can’t say no to free food and fun times.”

So stay tuned this spring — it’s the yeast you can do.

A version of this article appears in the Monday, Nov. 4, 2019, print edition. Email Sabrina Choudhary at [email protected]